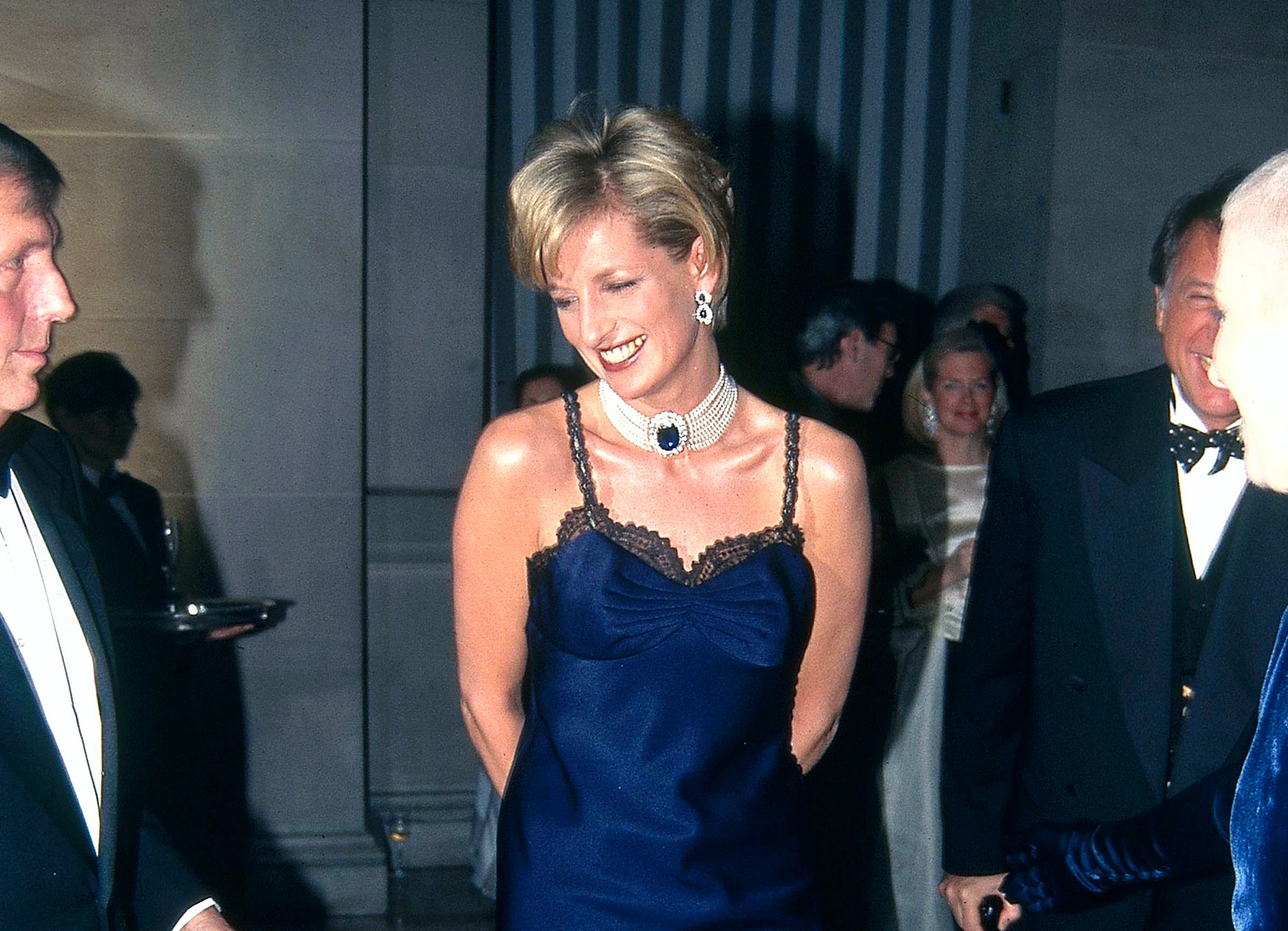 Usually taking place on the first Monday of May, the 2021 Met Gala has been postponed to September due to the pandemic. The Metropolitan Museum of Art had to cancel its celebration of fashion last year completely, but promises that following this year’s “more intimate version”, the 2022 event will be bigger and better than ever.

While the world waits to see what 2021’s theme will hold, we thought it might be a good time t look back at one of the most talked-about moments in Met Gala history: when Princess Diana took to the red carpet for the first and only time.

Appearing at the 1996 gala honouring the legend of Christian Dior, the Princess of Wales unsurprisingly stole the show and debuted one of her most stunning looks three months after her divorce from Prince Charles. So while you count down the days until the next gala, let’s take a deep dive into Princess Diana’s legendary appearance.

The navy silk slip floor-length dress was a showstopper, which was accentuated by the black lace detail on its neckline and straps. However, the Princess of Wales was reportedly apprehensive of a then 14-year-old William’s reaction to the dress as it was quite revealing, according to royal biographer Katie Nicholl. Diana completed the look with a matching silk robe topper.

Diana’s pearl and sapphire choker necklace (which she also famously wore when dancing with John Travolta at the White House in 1985) made its final appearance before her death at the Met Gala. The necklace was originally built from a brooch gifted to her by the Queen Mother on her wedding day, which Diana eventually had made into a necklace. Her sapphire engagement ring also made an appearance.

Davina McCall thought she was developing dementia after starting menopause

She also wore her sapphire and diamond cluster drop earrings to the event, which were reportedly given to Diana by the Crown Prince Fahd of Saudi Arabia as a wedding present. Prince William later gifted these earrings to Kate Middleton, who has worn them without the top circular sapphires on a number of occasions, including for an official portrait at Clarence House in 2011.

Diana accessorised the look with her favourite quilted Dior bag. Given to the Princess of Wales by Bernadette Chirac, France’s former first lady, Diana’s bag was the first of its kind to be made of leather and was produced in one night, per Tatler. Initially called the Chouchou, the bag was eventually renamed Lady Dior following Diana’s death in 1997.

Having only just arrived in New York City, Diana walked up the red carpet arm in arm with former Harper’s Bazaar editor Liz Tilberis who was also co-chairing the event. …read more

These Everlane Shorts are Easing Me Back Into Denim

Grimes’ ‘SNL’ Appearance As Princess Peach Was Praised On Twitter

The 10 Best Celebrity Outfits The Week Of May 3