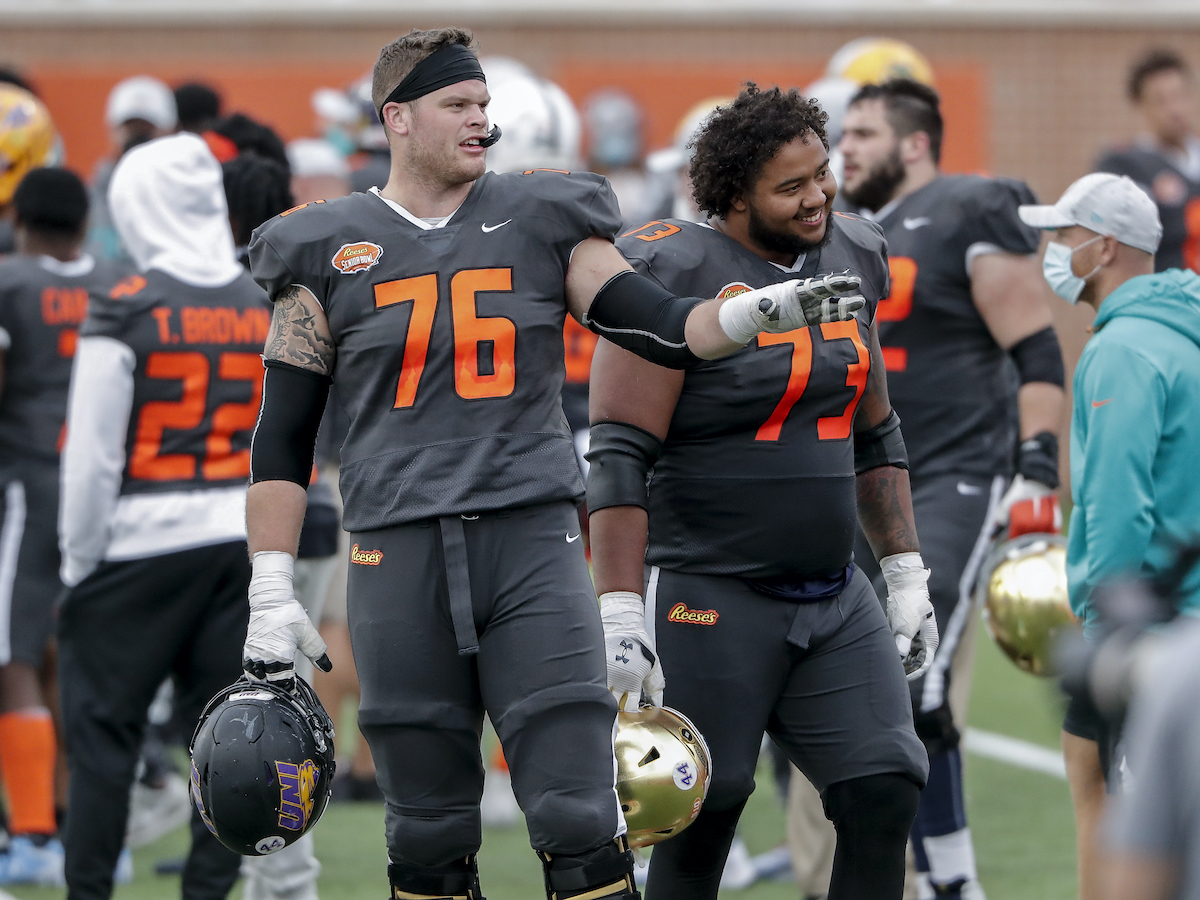 In the case of Buffalo Bills third-round pick, offensive tackle Spencer Brown, it is his understanding of the team’s most passionate fans that make him seem like a perfect fit for Western New York. Brown demonstrated this understanding in the hours after he was drafted with a viral video that was a direct shout-out to the Bills Mafia.

Related: Who Owns the Buffalo Bills?

The Bills’ biggest needs going into the draft included edge rusher, defensive back, and offensive line. After taking pass rushers with their first two picks, the Bills front office turned their attention to the offensive line. With their third-round pick, the Bills selected Brown, an offensive tackle from Northern Iowa.

According to BuffaloBills.com, Brown hails from a very small town in Iowa. He played tight end on his high school’s eight-player football team while also competing in basketball, track, and golf. He was very lightly recruited out of high school but became a standout at Northern Iowa. During his career at the school, he was named to the All-Missouri Valley Conference second team in 2019 and a preseason FCS All-American prior to the eventually-postponed 2020 season.

ESPN evaluates the 6’8”, 311-pound Brown as a raw talent with potential. If he develops well, he could turn into a strong backup for both tackles or possibly even a starter. This makes Brown a very good fit from a football perspective. The lineman should absolutely make the Bills regular-season roster this year and possibly make a contribution.

Bills Mafia fans are known for an outlandish ritual

The most passionate Bills supporters are known as the Bills Mafia. Yahoo! Sports explains that the name started in 2010 when a fan on Twitter named Del Reid used the hashtag #BillsMafia. The name would eventually catch on and grow in popularity. Nowadays, it is quite common for fans, the media, NFL players, and the team itself to refer to Bills fans this way.

The Bills Mafia has risen to prominence thanks to a few rituals that have gone viral over the years. One Bills Mafia member famously douses himself with condiments in front of screaming fans before home games.

Another, less silly tradition of the Bills Mafia is their charitable donations. The fans raised large sums of money for then-Bengals quarterback Andy Dalton’s charity after he helped them make the playoffs in 2018. They did the same for Oishei Children’s Hospital in Buffalo in the name of Bills quarterback Josh Allen’s late grandmother in 2020.

The tradition Bills Mafia might be most known for though is table smashing. A quick …read more