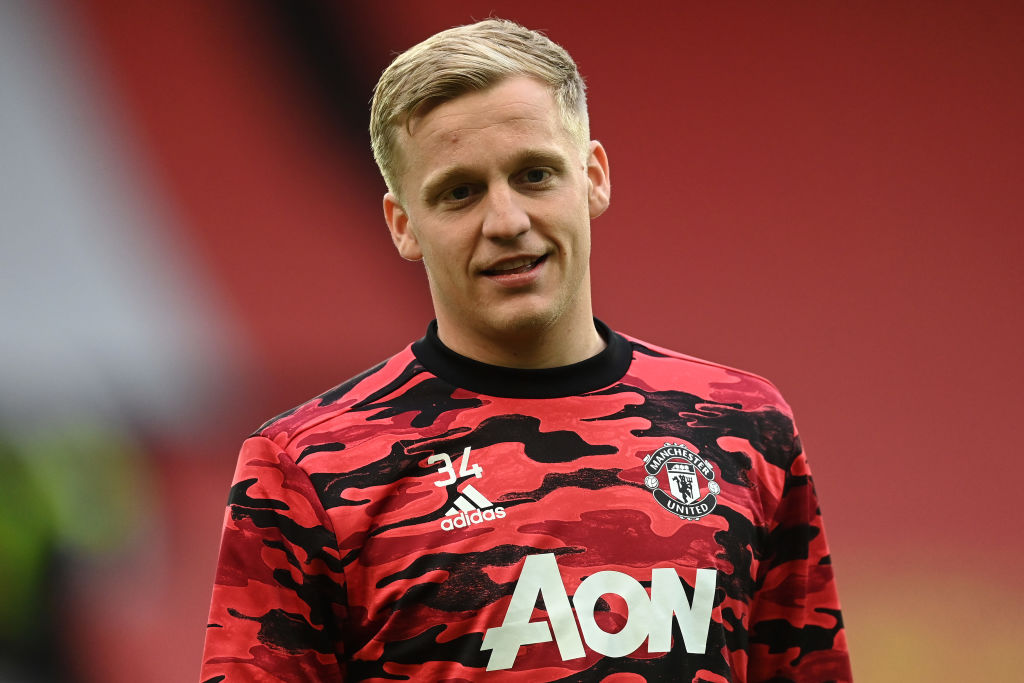 Ajax chief Marc Overmars has played down speculation Donny van de Beek could be set to rejoin the club and says the midfielder should continue ‘fighting’ for a place at Manchester United.

Van de Beek completed a £40million switch from Ajax to United last August with big expectations on his shoulders but the 24-year-old has struggled to live up to his hefty price tag across an underwhelming debut campaign in England.

The Netherlands international has made just two starts in the Premier League all season and rumours have been circulating suggesting he could be seeking an escape route out of Old Trafford in the summer transfer window.

Recent reports claimed an immediate return to Amsterdam could even be on the cards for the Dutchman but Overmars shut down any talk of a reunion during an interview with NOS.

‘I think Donny should just fight, stay next year and try to claim a starting place,’ the ex-Arsenal winger, now director of football at Ajax, told the Dutch broadcaster.

‘You shouldn’t leave so quickly.’

Ajax CEO Edwin van der Sar was also asked about Van de Beek’s struggles at the weekend and admitted the midfielder’s current situation at the Theatre of Dreams had saddened him.

‘He walked the perfect path before joining United. He joined the [Ajax] first team from the academy, became a starter, won trophies, performed in Europe.

‘But the midfield of Manchester United is too stacked, they’ve not had any injuries. It’s hard for him.’