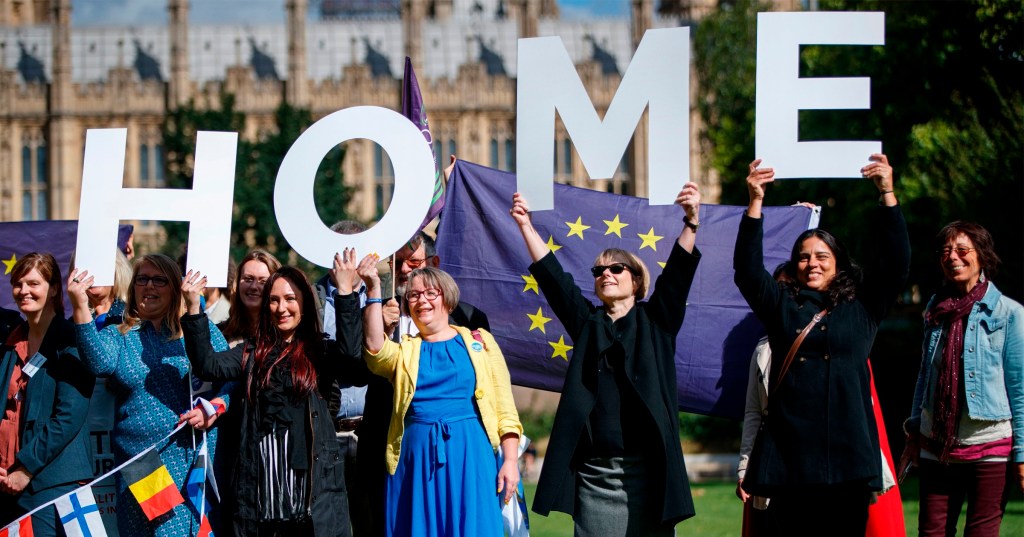 Some survey respondents said they did not trust the Government and felt that Brexit had made the country hostile to immigrants (Picture: Getty images)

One in 10 EU citizens living in the UK are thinking about leaving the country before the deadline to get settled status, a new survey has found.

EU nationals have to apply to legally remain in the UK by June 30. But according to the Independent Monitoring Authority for the Citizens’ Rights Agreements (IMA), 10% of them are considering scrapping the application and leaving the country.

The IMA is a new statutory body, set up as part of the EU withdrawal agreement, that monitors and protects the rights of EU citizens.

It found that one in four of nearly 3,000 respondents feel they are not treated equally, while 30% do not think their rights will be upheld.

Respondents most likely to leave are German, Spanish or French men between the ages of 45 and 74.

Most of them live in the north-east or the south-east of England and earn more than £50,000 a year.

The majority (31%) of people who answered about their concerns said the reason was because they did not trust the Government.

One respondent said they believed the Government might ‘go back on promised rights’ and another said the ‘attitudes/statements’ of elected officials’ had made them feel this way.

Brexit was the next most-common reason (11%). Others mentioned ‘a general change in attitude towards European citizens’ (9%) and a ‘hostile attitude’ towards immigrants.

One person in the survey said it was not just politicians who made them feel unwelcome but the everyday people in their communities.

‘I feel the hostile environment. People are becoming more intolerant towards EU citizens,’ they said.

Nevertheless, the majority of EU citizens in the UK plan to keep living in the country after June 30, with nine in 10 of them having already applied for settled status.

Recent Home Office figures, from Thursday, show that 5.42 million people in the country have applied for their right to keep living in the UK after June 30.

You can apply to the EU settlement scheme here.

Thieves steal $2,400 worth of cosmetics from Antioch Walgreens

World Aids Day: When did it start and why we wear red ribbons?