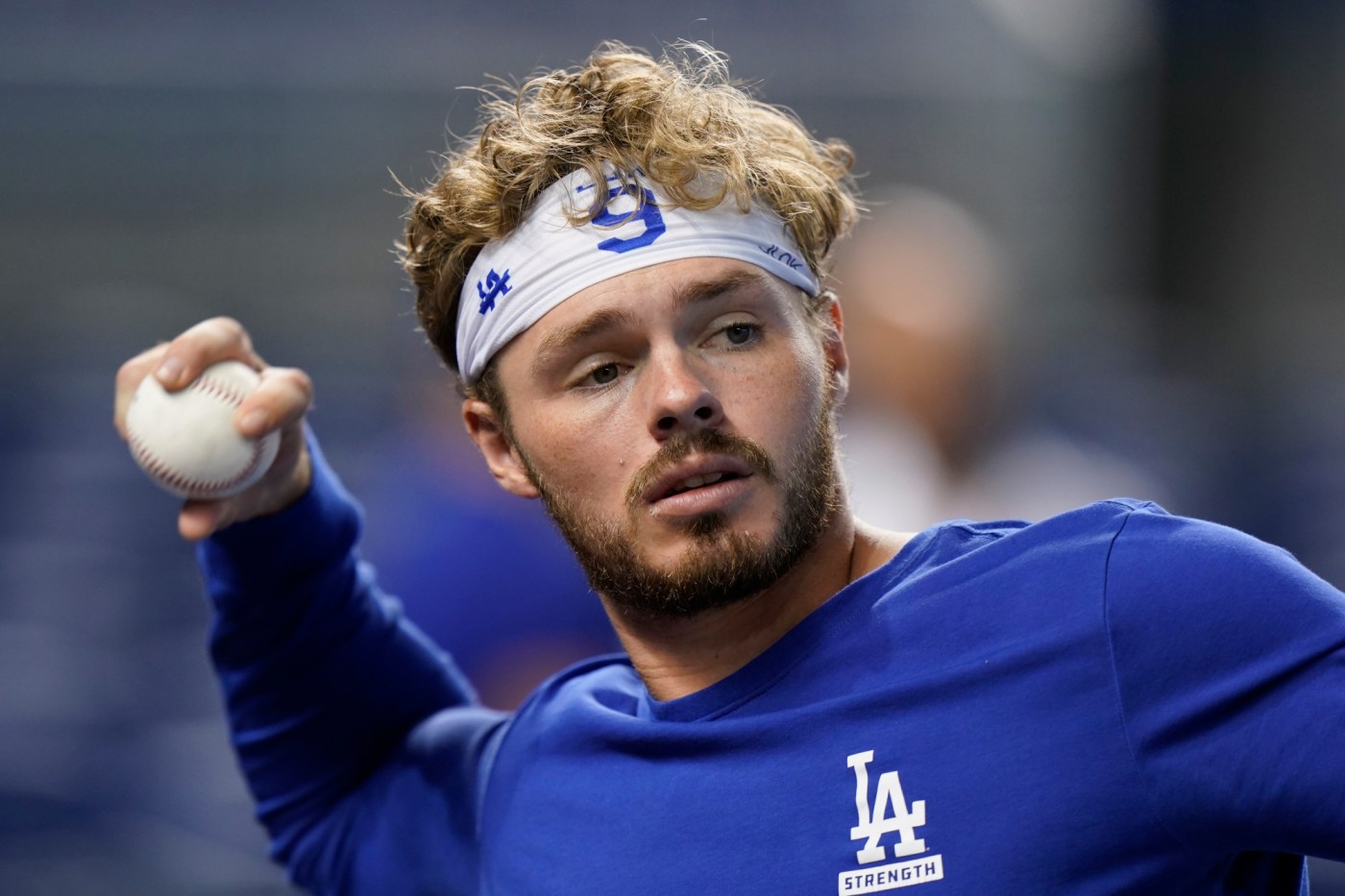 LOS ANGELES ― Gavin Lux had an interesting couple of weeks at Triple-A. He saw time at four positions and designated hitter. He did not commit an error. And he hit well enough that the Dodgers figured Lux could do something that, as Manager Dave Roberts said Friday, “might spark us.”

The Dodgers’ lineup could use a spark. Entering their weekend series against the San Diego Padres, their number-5 through number-9 hitters had the lowest on-base plus slugging percentage in baseball since the All-Star break. It’s a development that is hard to fathom from the team with the sport’s highest payroll, and it’s a problem the Dodgers have struggled to solve internally.

Enter Lux, who had never played the outfield in a major league game before Friday. The Dodgers recalled him from Triple-A Oklahoma City and installed him as their left fielder and number-7 hitter for the series opener against the San Diego Padres. Pitcher Andre Jackson was optioned to make room for Lux on the 28-man roster.

The Dodgers’ starting second baseman on Opening Day, Lux shifted to shortstop when Corey Seager fractured his hand in May. The 23-year-old held the position down but saw his batting average fall to .227 by July 18, when he strained a left hamstring and was placed on the 10-day injured list.

When Trea Turner arrived in a deadline trade with the Washington Nationals, the veteran accepted a move to second base. When Seager returned to play shortstop, Lux was out of a position. So he went to Oklahoma City and learned a few new ones.

Top stories this AM: DOJ tries to temporarily block the Texas abortion ban; animal activists are furious over a dolphin slaughter in the Faroe Islands

“The reports have been good,” Roberts said. “He’s taken balls there the last few weeks in left, in center, in right. The most important thing is he wants to do whatever he can to help the ballclub and get in the lineup.”

In his final nine games at Triple-A, Lux batted .293 (12 for 41) with one homer and eight RBIs. Although Roberts said Lux could also see time at third base and second base, Lux spent his pregame time Friday in left field.

Lux’s runway back to the majors comes at the expense of Cody Bellinger, who entered the weekend with a .158 batting average – the lowest by any player with at least 200 plate appearances this season.

Bellinger won’t be in the lineup for the first two games of the series, even though the Padres are starting right-handed pitchers (Joe Musgrove and Chris Paddack) on Friday and Saturday. Bellinger had recently been platooned only when a left-hander was on the mound.

“I’m going to give Cody a few days just to kind of work through some things,” Roberts said.

Billy McKinney was placed on the 10-day injured list with a left hip impingement and Matt Beaty was recalled from Triple-A.

Beaty has a .262 batting average, .358 on-base percentage and a .374 slugging percentage in 105 games this season. He took ground balls at first base prior to Friday’s game.

McKinney had been the primary defensive replacement for Mookie Betts in right field. …read more