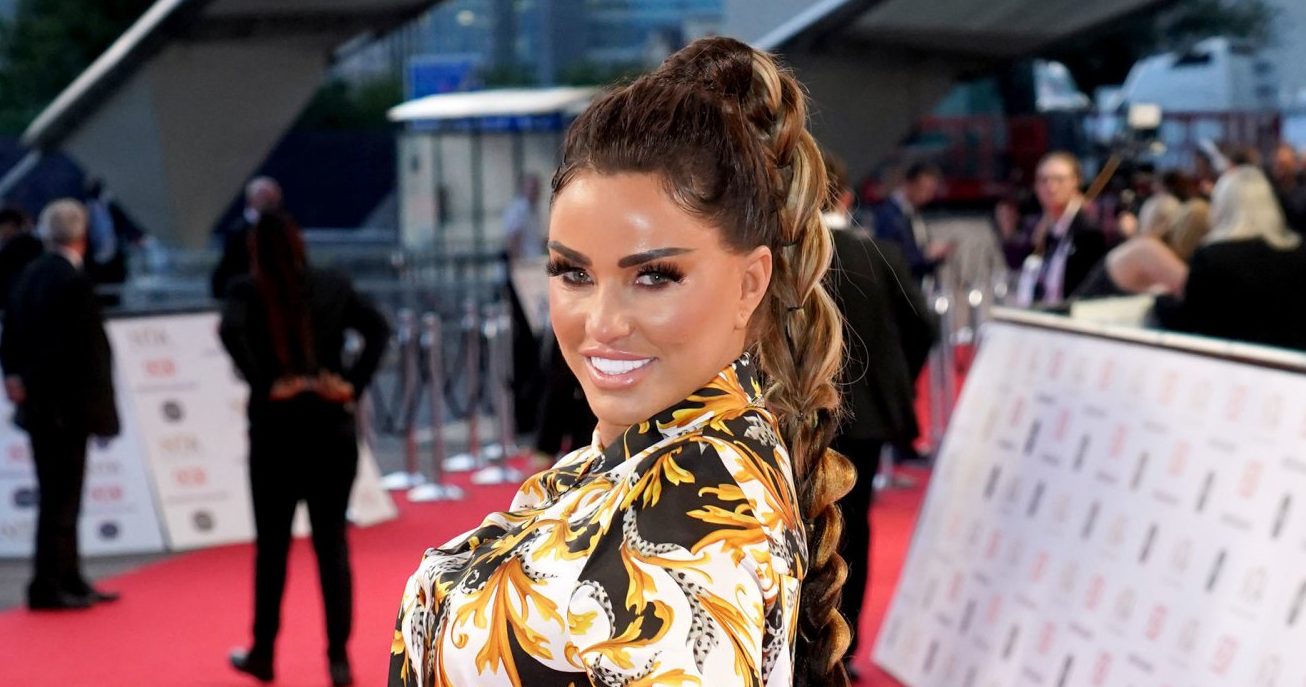 Katie Price is back in the spotlight (Picture: PA)

Katie Price will be keeping herself busy over the coming weeks as she’s returned to work after an alleged assault last month.

The My Crazy Life star resumed her professional social media posts this weekend to promote her new business ventures.

Katie rose early on Sunday morning to promote her new baby clothing line alongside her sister Sophie. In one photo, the siblings are seen smiling while posing in a garden, while other snaps tease the clothing line with a range of baby grows.

In her Instagram stories, Katie promoted her upcoming hair and make-up masterclasses which she’ll be hosting from September 26 until October 10.

She officially returned to the spotlight last Thursday to attend the National Television Awards with her son Harvey in London, marking her first public appearance since the assault.

It was a huge night for the pair as their documentary Katie Price: Harvey and Me, was nominated for the authored documentary award, but lost out to Kate Garraway who won for her film about her husband Derek Draper’s battle with Covid.

Thanking fans for their support after the show, Katie said: ‘Taking to Instagram with a snap of herself giving Harvey a kiss in front of cameras, she began: ‘I wanted to say a big thank you to everyone who voted for us last night.

Ava & Chanel From The Circle: Instagrams, Jobs, Music & What To Know

‘Your continued support and love means the world to both @officialmrharveyprice and myself.

NTAs 2021: Katie Price thanks fans for support as she cuddles son Harvey on red carpet

‘Thank you all so so much! We’ll look forward to sharing the next stage of Harvey’s progress with you all in the follow up documentary – Katie Price: What Harvey Did Next.’

After the huge success of the documentary, the broadcaster has announced another programme following the pair taking their next steps.