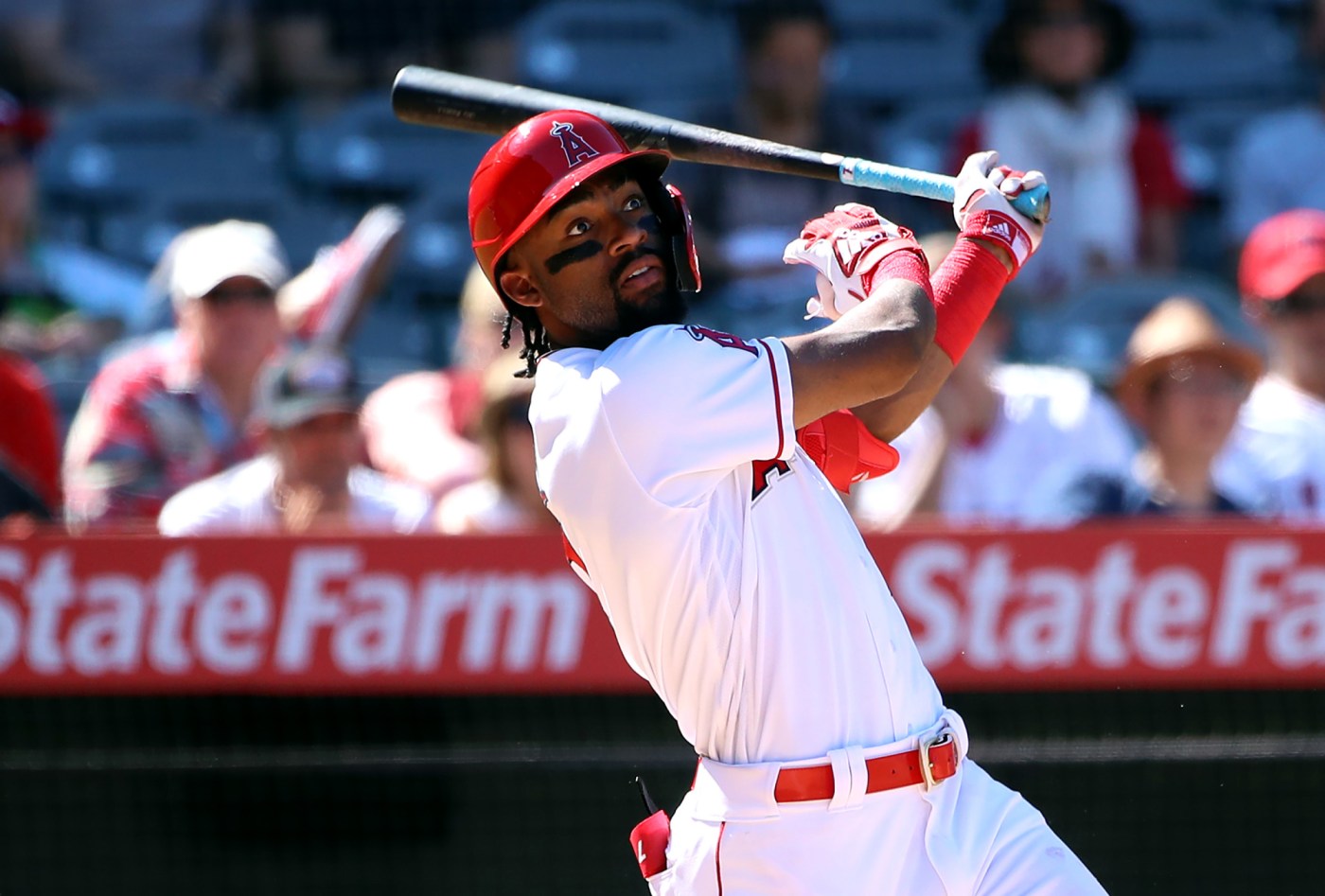 CHICAGO — More than a year after Jo Adell’s debut in the major leagues, Jo Adell might have finally arrived.

Certainly, the Angels’ former top prospect has work left to do if he’s going to achieve the star status once forecast for him, but over the past month, and especially over the past 10 days, he’s given those around the organization reason to believe.

“He’s proving that he can make adjustments at all facets of the game,” Angels hitting coach Jeremy Reed said.

Assuming Adell heals from Saturday night’s outfield wall collision in time to play when the Angels open a series against the Chicago White Sox on Tuesday night, he will bring an eight-game hitting streak to the plate.

In the outfield, he was negative-4 Defensive Runs Saved last year, and this year he’s plus-1. A net improvement of five runs over a one-month sample is significant.

Ask Adell how he’s managed to improve so much and he’ll circle back to the word “comfortable” over and over.

It is not just about feeling good in his stance, but how he feels in all aspects of his big-league life, starting with the fact that 2021 is no longer 2020, a year that included so many adjustments for everyone.

The Courageous Men Who Smuggle Palestinians into Israel

When Adell, 22, made his big league debut on Aug. 4, 2020, in Seattle, it was the first time since spring training five months earlier that he’d played a game against another team.

The pandemic wiped out the minor league season, and Adell said the impact of months without true competition can’t be overstated.

“Last year was kind of a scramble to get started and play the game,” Adell said. “I’m a guy that likes to have a routine, and I know the preparation it takes to get me ready. Not having that last year was tough.”

And when Adell did finally get into those big-league games, there were no fans.

“There were times I felt uncomfortable in the big leagues, and I think it had to do with not having the energy level where I wanted it,” he said. “It’s crazy. I really enjoy the engagement of the fans. Even when they talk mess to me, I love it.”

Adell said last year he was also dealing with facing pitches that he had barely seen. He had spent just a month at Triple-A in 2019, so he had little experience with the types of breaking balls that pitchers throw on every count in the majors or even Triple-A.

He often flailed wildly at those pitches, accounting for many of his strikeouts.

This year, after seeing those kinds of pitches for three months at Triple-A before he got back …read more

Trump reportedly ‘spewed expletives’ at McConnell after the senator acknowledged Biden’s win on the Senate floor, a new book claims

As Dems try to agree a $3.5 trillion spending plan, Sen. Joe Manchin – whose vote is essential – wants to cut the cost by almost 60%