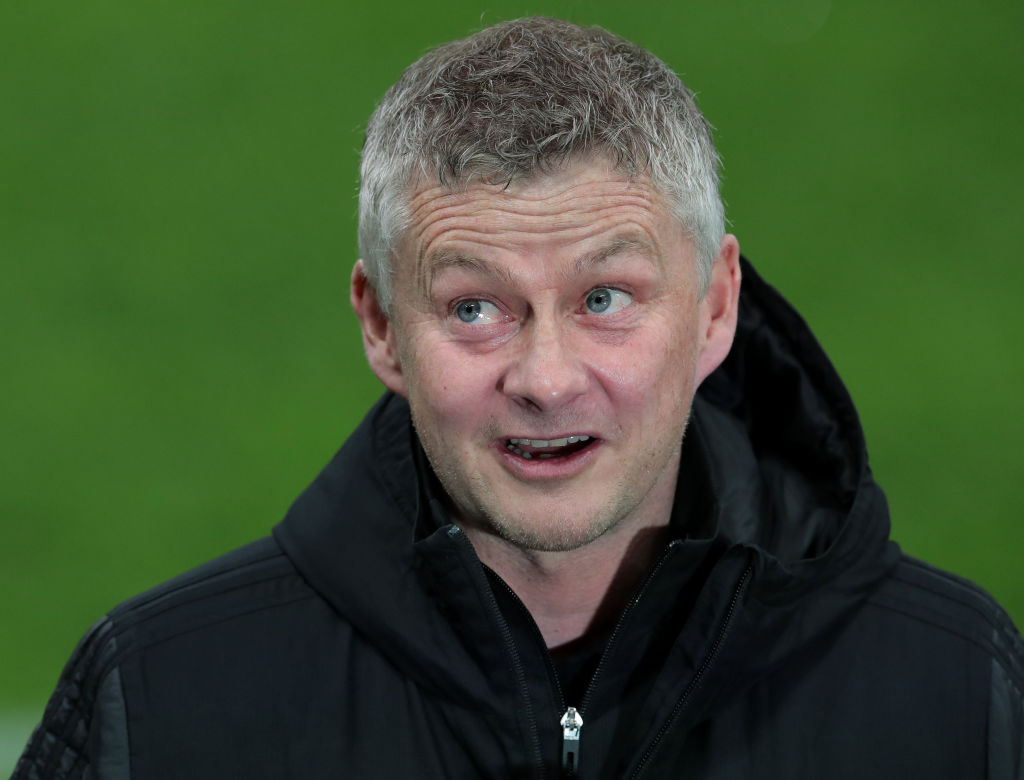 Manchester United have endured a mixed start to the new season (Picture: Getty)

Arsenal hero Nigel Winterburn has explained why Manchester United will finish behind Manchester City, Chelsea and Liverpool in the Premier League this season.

Ole Gunnar Solskjaer’s side are fourth in the table, level on points with Man City and just behind Liverpool and Chelsea, ahead of Saturday’s trip to Leicester City.

The Red Devils enjoyed a promising start to the campaign but have struggled over the past month, losing their opening Champions League fixture, being dumped out of the EFL Cup by West Ham and losing at home to Aston Villa.

Manchester United also dropped points in their last match before the international break, drawing 1-1 with Everton at Old Trafford, and Winterburn says the result was another example of Solskjaer’s side needing to be ‘dirtier’.

The former Arsenal and England star believes United will ‘come up short’ this season as they are unable to ‘dig out’ results unlike title rivals Manchester City, Chelsea and Liverpool.

‘They’re a bit slack when they lose the ball and make it too easy for the opposition,’ Winterburn told Paddy Power.

‘That’s something a manager must instil in a team and Manchester United must improve the dirty side of their game.

‘It’ll be interesting to see if Ole can get this group of players doing that moving forward..

‘Ole knows that if he doesn’t win every game, people will say he hasn’t got enough experience and that a different manager would, but we don’t necessarily know that.

‘Winning the league is not a forgone conclusion anymore like it used to be under Sir Alex.

‘Manchester United were winning at home, so the Everton result has to be considered as dropped points.

‘I think they’ll come up short anyway. The other three top teams will consistently dig out results when they need to.’

Drew Brees Taught Jameis Winston the Difference Between Being Aggressive and Opportunistic: ‘There’s So Much More to It’