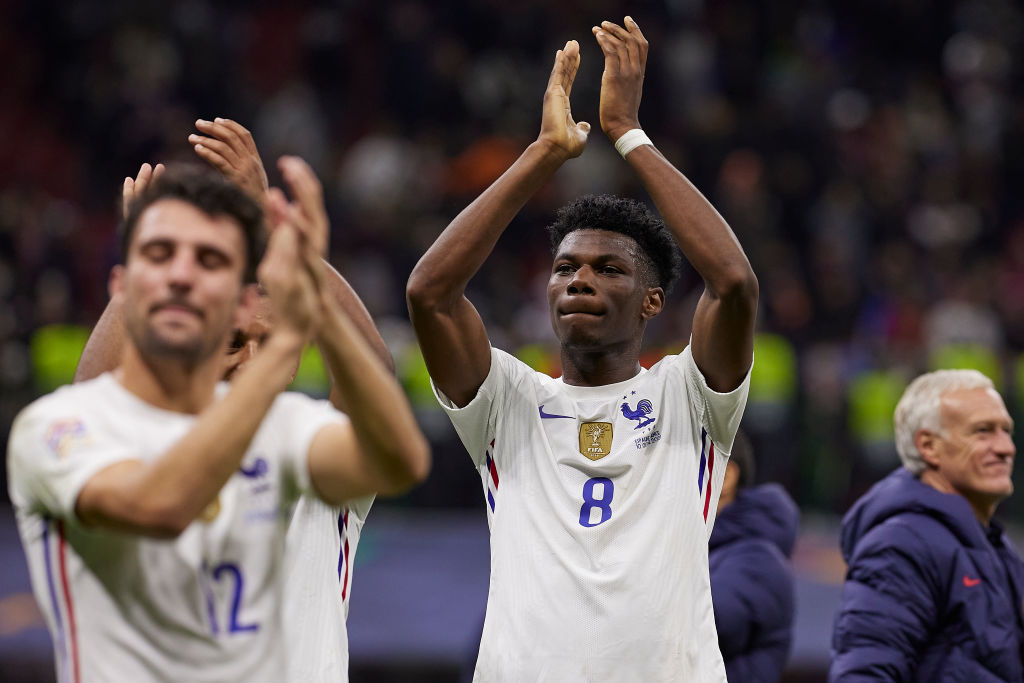 There is set to be a heavyweight battle for Monaco midfielder Aurelien Tchouameni, with Real Madrid set to rival Chelsea and Juventus for his signature.

Tchouameni has become one of the brightest young talents in Europe after his performances for Monaco over the last 18 months and France since his international debut in September.

His performances in the recent Nations League contests have especially caught the eye, starting in the final alongside Paul Pogba in central midfield as France edged out Spain 2-1 to lift the trophy.

His talents are not breaking news to his suitors, with Spanish publication Marca reporting that Real Madrid have held an interest in the 21-year-old for a long time.

The report from Spain states that Chelsea and Juventus have already asked about the availability of the midfielder and are ahead of Real in the race for his signature, with the Spanish giants hopeful that the allure of the Bernabeu would be enough for him to lean towards them.

Real Madrid are expected to sign another Frenchman, Kylian Mbappe, next summer when his Paris Saint-Germain set to expire at the end of the season.

With the likes of Gareth Bale, Isco and Marcelo all seeing their contracts expiring at Real at the same time as Mbappe’s at PSG, they may have room on the wage bill to add Tchouameni as well as his France teammate.

Manchester United superstar Pogba has talked up the talents of the youngster, saying: ‘He’s not a boy, he’s a man.

‘It’s a pleasure to play next to him, he provides a lot… plenty of energy, technical quality and extraordinary physicality. I hope to play plenty of games together and always be on his side.’

Tchouameni remains under contract at Monaco until 2024, but Chelsea, Juve and real may all test their resolve in the summer.

With Steelers Wideout JuJu Smith-Schuster Out for the Season, the Diontae Johnson Show Is Ready for Primetime

Michael Jordan and the Bulls Embarrassed the Boston Celtics, and Larry Bird Made Sure He Didn’t Forget

Dale Earnhardt Jr. Reveals Why He’s Not Likely Ever to Be the Life of the Party