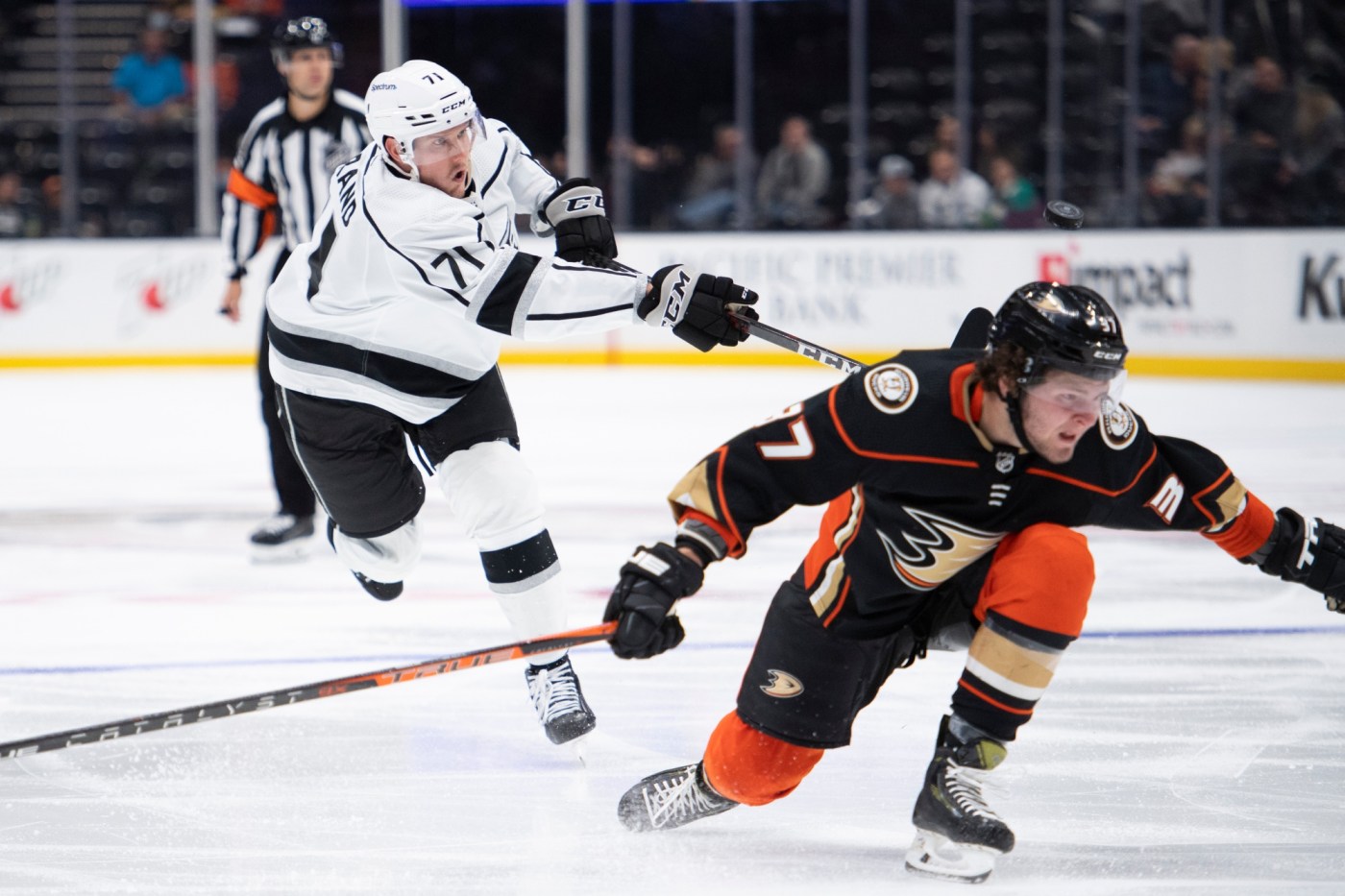 IRVINE — When the Ducks revealed the 23 names on their opening-night roster Tuesday, Mason McTavish’s was there alongside more familiar ones like Ryan Getzlaf, John Gibson and Cam Fowler. It wasn’t a surprise for anyone who watched McTavish play or practice during the preseason, though.

Coach Dallas Eakins wouldn’t say whether McTavish would make his NHL debut Wednesday, but it sure looked like he would be in the lineup. McTavish, the third overall pick in the draft in July, skated on left wing, with Isac Lundestrom as his center and Jakob Silfverberg on right wing.

In the days and nights leading to Wednesday, Eakins stressed the fact that evaluations were ongoing and that lines and defense pairs could be in flux. Nothing was set in stone. Just because someone made the opening-night lineup didn’t mean he would stay there automatically.

It was up to McTavish to make the roster and, now, to stay in the lineup.

“It never ends, the competition never ends,” Eakins said. “If you’re in the dressing room and you just take your foot off the gas and say, ‘Hey, I made it. I’m good now.’ No, you’re not. That’s just part of being a pro athlete.”

Certainly, the Ducks could have returned McTavish to his team in the junior-level Ontario Hockey League. But they believed he proved his value sufficiently during training camp and while playing four exhibition games. He didn’t look out of place, scoring one goal and playing without fear or favor.

The Kings certainly took notice of McTavish during an exhibition game at Honda Center, when he found himself in a couple of post-whistle altercations. He didn’t drop the gloves and throw hands, but he didn’t back down when more veteran Kings players confronted him.

“When the other team is noticing you like that, that means you’re doing something right,” Eakins said. “You’re doing something that they don’t like, and that’s usually competing very hard and being a hard player. We highly value those individuals as we go through this rebuild.

“We keep talking about being a hard team to play against and if we do that we need hard players.”

McTavish wasn’t the only young player to make his mark during the preseason with gritty play. Bo Groulx also made the roster and could open the season as a center, with Derek Grant and Max Jones on his wings. Groulx, 21, had two goals and one assist in five exhibition games.

“Mason and Bo have earned the right to be on our roster right now,” Eakins said. “We’re not quite there on (deciding) our lineup yet. I would expect both of them to be in at least one game (Wednesday against Winnipeg or Friday against Minnesota). You see the lines, but I’m not going to fully commit yet.”

If he makes his debut Wednesday, McTavish would be the second-youngest player in Ducks history, at 18 years, 256 days, eight days older than Oleg Tverdovsky in 1994. McTavish was the Ducks’ highest pick since Bobby Ryan was second overall in 2005. …read more

COVID-19 pill may be a pandemic game changer

One killed in 170 Freeway crash in Sun Valley