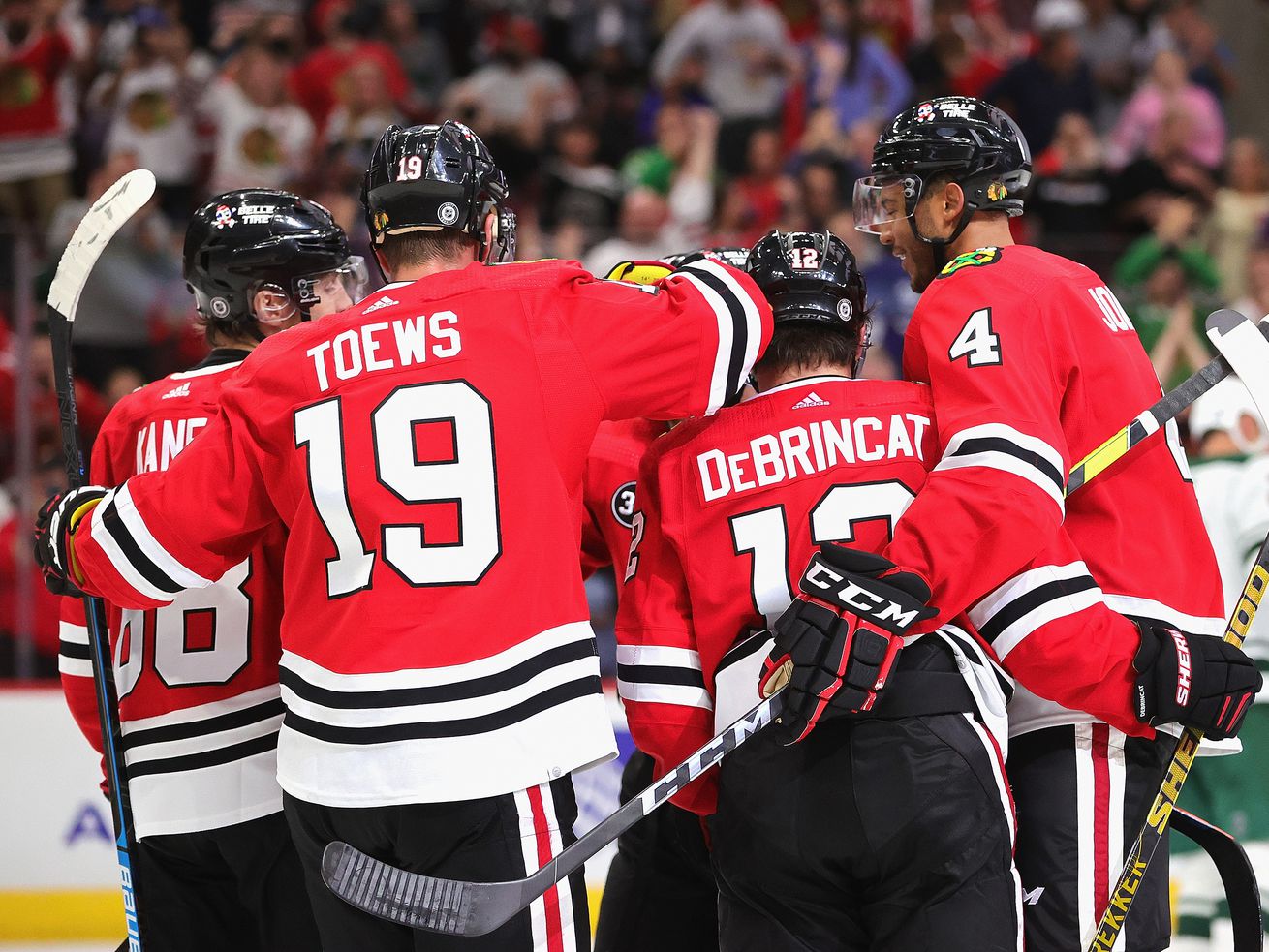 It’s hard to tell whether the Hawks will be good, bad or somewhere in between this season, but the same can be said for every team in the league.

The Blackhawks’ opening three-game road trip perfectly demonstrates the great uncertainty that lies ahead during the 2021-22 season.

On one hand, the trip looks like a gauntlet. The Avalanche are arguably the Western Conference favorites. The Devils were arguably the NHL’s most-improved team this offseason. The Penguins are a perennial contender, touting 15 straight postseason appearances.

On the other hand, all three have weaknesses. Avalanche star Nathan MacKinnon will shockingly miss the opener against the Hawks after testing positive Tuesday for COVID-19. Devils star Dougie Hamilton hasn’t yet played a single game for his new team. Penguins stars Evgeni Malkin and Sidney Crosby are both out injured, Malkin long-term.

Across the board — and more than ever before — the league looks wide open this season, ripe for a changing of the guard or at least a disruption of the hierarchy.

More elite players switched teams this summer than in years. Most teams haven’t faced each other in 19 months. The pandemic continues to wreak havoc randomly, choosing the brand-new Kraken — who were without five key players for their debut Tuesday against the Golden Knights — as its first victim.

And the Hawks sit at the center of the uncertainty, looking equally poised for a breakthrough back into the NHL’s upper echelon or a crash that could cost most of the team’s management and coaching staff their jobs.

Jonathan Toews could play like Toews again or struggle with the rigors of 82 games. Marc-Andre Fleury could look like a Vezina Trophy winner again or resume succumbing to age effects the way he did in 2019-20 (his mediocre .905 save percentage that year has been conveniently forgotten). Seth Jones could lead the defensive revitalization or continue his downward statistical trend from Columbus.

The Hawks’ new focus on grit and physicality among their depth players could add a much-needed element of resistance or could stifle their biggest team strength, transition offense. Coach Jeremy Colliton’s loyalty to his system could finally click with the right personnel, or backfire one final, fatal time.

If most of those things turn out well, the Hawks could easily finish second in the wide-open Central Division. But if things fall apart, they could just as easily finish seventh.

At least the process of finding out — with dates against all 31 other franchises, fans filling every arena and new TV providers elevating coverage quality — should be interesting.

‘Work in Progress’: Abby McEnany on Season 2, Mental Health, and the Trouble with Therapists

Things to do in Chicago for music fans

Venezuela halts talks after Maduro ally extradited to US

‘Mindhunter’ Director Urges Fans to Make Noise for Season 3: ‘It Might Actually Happen’

Rams at New York Giants: Who has the edge?