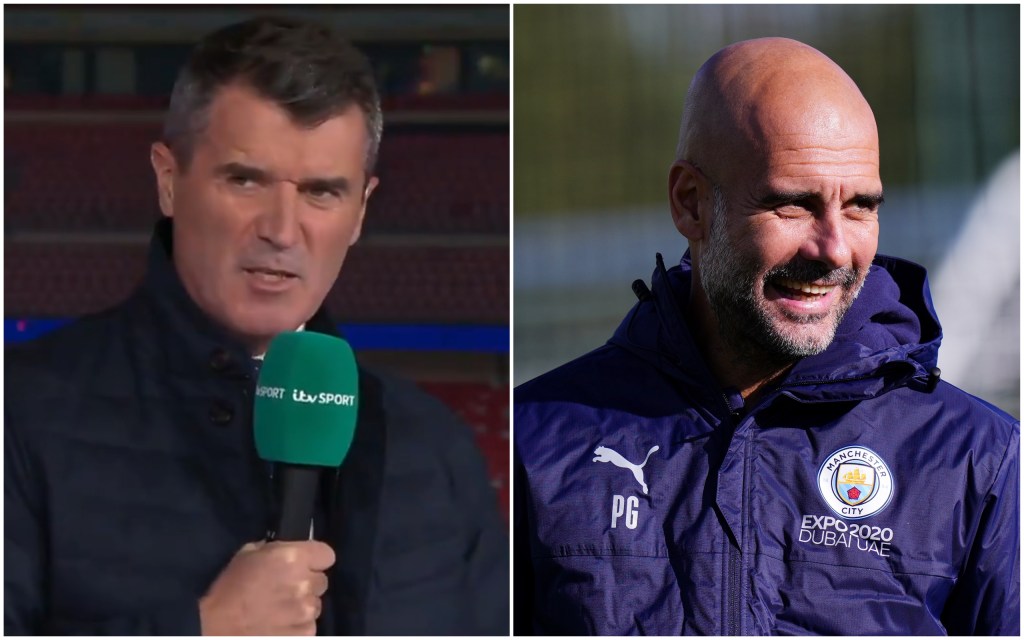 Keane suggests there has been a falling out (Picture: Getty)

Sterling fell out of favour under Guardiola last season and has remained on the periphery of the squad this term, starting just three of City’s nine games in the Premier League and the Champions League.

Following a sensational Euros with England in the summer, the forward has remained key to Gareth Southgate’s plans and started in the 1-1 draw with Hungary on Tuesday night.

And discussing the 26-year-old’s contrasting fortunes for club and country, former Manchester United captain Keane suggested there remains a rift between him and his club manager.

‘He [Sterling] has definitely had some sort of bust-up with Pep, there is something going on there with them bringing [Jack] Grealish,’ Keane told ITV.

Sterling remains out of favour at City (Picture: Getty)

‘But when you are working with the top managers and so-called big clubs that are challenging for trophies, that is part of the package.

‘20 months, that’s how long is left on his contract, that is a long way away, just focus on the game and things will pan out because he’s a quality player.’

Sterling’s contract with City expires at the end of next season, in the summer of 2023. The former Liverpool youngster was linked with a move away from the Etihad during the summer transfer window with Ian Wright suggesting he has a big decision to make over his next move.

‘ Of course he’s got a massive decision to make, he’s well within his right to find out what his future is at that club because they’ve got so much capability,’ Wright said.

‘Him playing tonight will be another opportunity to stake a claim and say ‘listen, this is what I do.’

‘I’m hoping it works out for him but it is interesting to see how he figures this one out for himself.’