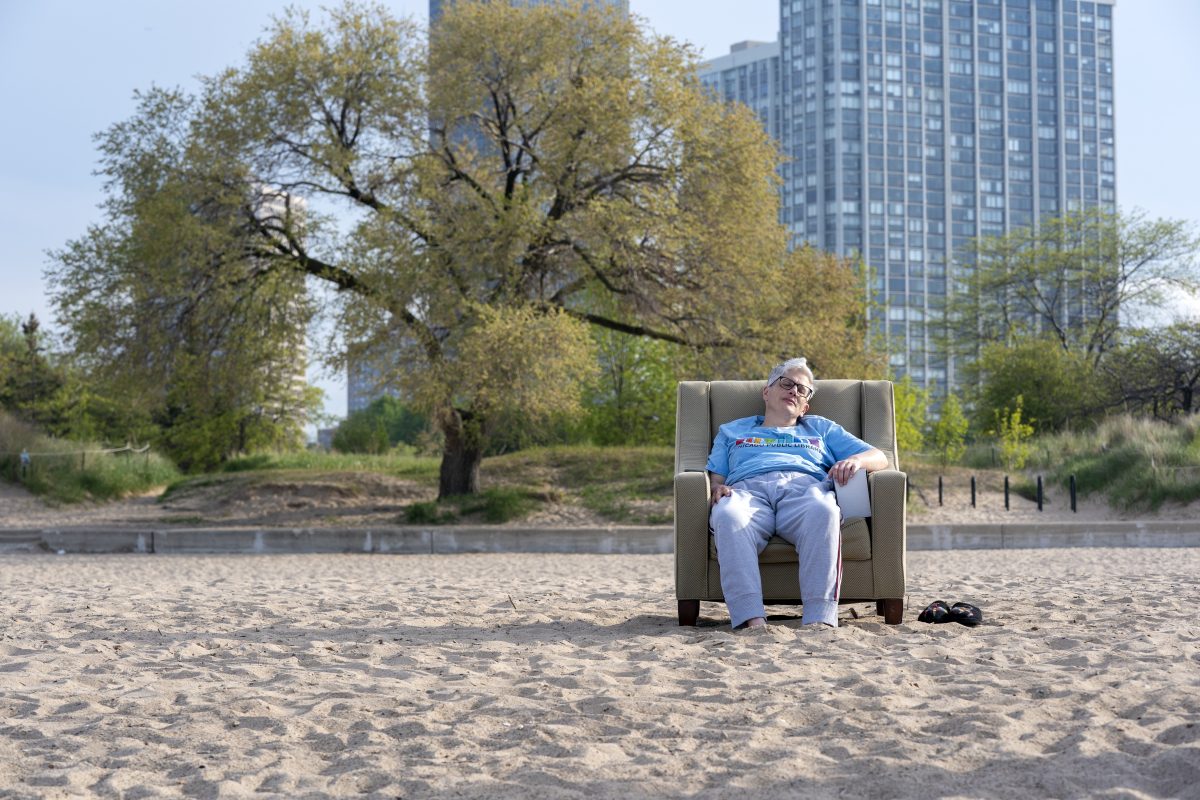 The second season of Showtime’s “Work in Progress,” overseen Abby McEnany and collaborator Lilly Wachowski, not only grows on what the show planted in its first season, but also deepens the roots of what came before. The series, which revolutionized the types of queer stories that TV can tell, focuses on the character of Abby (played by McEnany), a fat, queer dyke (her words!), her circle of friends, her tumultuous love life, her ongoing psychological struggles, and in Season 2, a global pandemic.

Last season saw Abby in the throes of a new relationship with Chris (Theo Germaine), a young trans man several years her junior. Their love story ends disastrously, with Abby committing an unforgivable sin that Chris — and Abby herself — cannot forgive.

But before audiences could even have the opportunity to see how Abby would process this development in Season 2, McEnany and Wachowski would have to, you know, make Season 2 — a prospect that turned out to be much more difficult than originally planned.

“We had four different start dates: three start dates in 2020 and then we started in 2021,” McEnany said in a recent interview with IndieWire. “We already had episodes eight, nine, and 10 planned out. By the time Lily and I realized [the pandemic] wasn’t going to be a one- or two-week thing, we had to go back and figure out how to incorporate these changes.”

For example, the focus of Episode 6 became more about the loss of queer community and less about the co-opting of Pride by corporations. COVID-19 is present in the series, not as a storyline, but as a background fact of life — face masks and open windows and social distancing and isolation, all present, but not the point. And the murder of George Floyd casts its long shadow late in the season.

In the eighth episode, specifically, Abby is asked to pen a “Black Lives Matter support statement” for her company, which spurs her into a long journey examining the country’s shameful history of racism, as well as her own complicity in that space.

Abby McEnany in “Work in Progress”

“That whole episode is really about how do we show up as human beings to people and make sure that, especially with Abby, the white lead of a show, how does this white person show up,” McEnany said, “While also establishing, ‘Look, you don’t need to take care of me, I need to figure this shit out.’ We were very, very intentional that Abby doesn’t speak much in any of those scenes, because it’s not her story. She’s learning [and] she’s observing.”

Throughout Season 2, Abby is focused on being present in the present, while at the same time being inextricably drawn into the past, whether her inability to move on from her psychological violence against Chris, or a surprising new development regarding her father, or …read more

Timeline: Gabby Petito’s death and other dates from the road trip

On eve of opener, remade Blackhawks epitomize the uncertainty of 2021-22 NHL season

Kurtenbach: Two aces give the SF Giants a better hand than Dodgers in Game 5

When removing a statue actually is antidemocratic