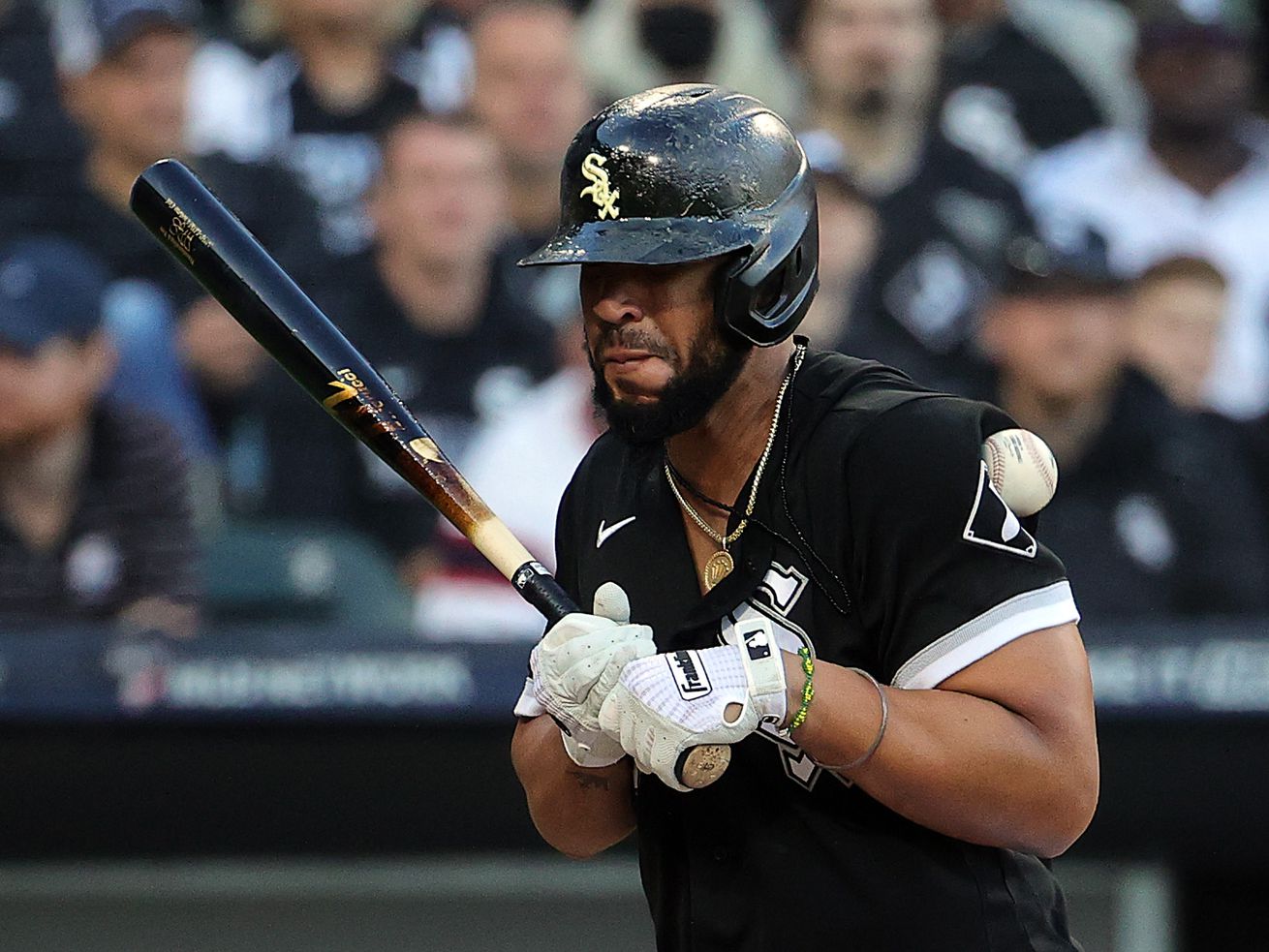 Jose Abreu is hit by a pitch in Game 4 of the American League Division Series against the Houston Astros at Guaranteed Rate Field on October 12, 2021 in Chicago, Illinois. (Getty Images) | Getty

Astros were the better team in ALDS, White Sox slugger says. “We just need to start from scratch next season,” he says.

It ended badly Tuesday, and he took a physical beating from February to October.

“This was the most difficult year of my career with all the things that I had to pass through,” Abreu said through translator Billy Russo Wednesday, a day after the White Sox were eliminated in the American League Division Series by the Astros.

There was a COVID scare on the first day of spring training for the reigning MVP and a virus that threatened to sideline him in Game 1 of the ALDS, which the Astros won convincingly in four games.

Abreu got hit by a pitch 22 times during the regular season, seven more than his previous career high, and he got plunked on the arm one last time in his final plate appearance of the year Tuesday, in a 10-1 loss to the Astros left the Astros celebrating on the Sox’ home field.

One of the hit by pitches led to a bench clearing scuffle in Detroit in which Abreu, after watching video of the skirmish, was moved to apologize for his actions. He said it was a bad look, especially for kids who look up to him.

But seeing manager Tony La Russa have his back was appreciated, support taken to an extreme Tuesday after Kendall Graveman’s fastball left another bruise on the 6-3, 235-pounder. La Russa vented on the field at length and after the game, and called it intentional.

LAFC, without Vela and Atuesta, gets past San Jose

La Russa was reacting in a way Abreu would have if one of his children was put in harm’s way, he said.

Abreu didn’t go so far as to say there was intent.

“I don’t have anything else to comment about it,” he said. “We got eliminated. That’s a point.”

Which is to say the loss, “to a good team with a lot of talent that was just better than us,” left an even bigger mark.

To which Abreu will react in the only way he knows how: Get back to work and take no shortcuts.

Abreu, who will turn 35 on Jan. 29, said the 2021 highlight was when the Sox clinched their first division title in his eighth season. That topped achieving 30 homers and 117 RBI or any other personal accomplishment, he said.

When the …read more

Meet the new horses being trained for Disneyland

Sharks’ defenseman to have surgery, could miss up to two months