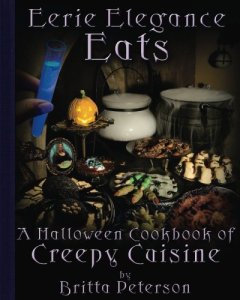 All products and services featured by IndieWire are independently selected by IndieWire editors. However, IndieWire may receive a commission on orders placed through its retail links, and the retailer may receive certain auditable data for accounting purposes.

Halloween party planning can be overwhelming, but we’re here to help you keep things on track. There’s a lot to remember: Costumes, candy, decorations, fun activities, and a spooky music playlist should all be on your list of essentials. But deciding on the perfect food and drink options might be one of the most important components to throwing a successful party.

For the festive foodies out there who want to cook up dangerously delectable treats this Halloween, we rounded up seven, easy-to-follow cookbooks that you can order today so they’ll arrive well before Hallow’s Eve. Keep reading for a list of some of the best cookbooks, and cocktail books to help create an unforgettable Halloween bash. For more guides, see our picks for the best Halloween costumes for movie and TV lovers.

“The Wicked Baker: Cakes and Treats to Die For” by Helena Garcia

Make your cooking repertoire a little spookier with eerily clever recipes for cakes, cookies, pastries, breads, desserts, and even drinks, in “The Wicked Baker,” by Helena Garcia (former contestant on “The Great British Bake Off”). Try the mummified eclairs, cinnamon buns made to look like brains, a freshly baked batch of cookie bats, or a scarily impressive Poison Candy Apple Cake. Vegan options are featured in the cake as well, along with some seriously gorgeous illustrations.

Maggot Burgers, Crispy Fried Mice, Spider Eggs, Crooked Finger Bread, and Gooey Alien Limbs, are just some of the dishes that you’ll learn how to make in Ali Vega’s “Little Kitchen of Horrors.” This cookbook comprises a collection of seemingly terrifying but tasty food ideas, along with clear, step-by-step instructions, and helpful photos.

“Hocus Pocus” is synonymous with Halloween. And if you’re a fan of …read more

Bears win, Justin Fields stays alive and all is well