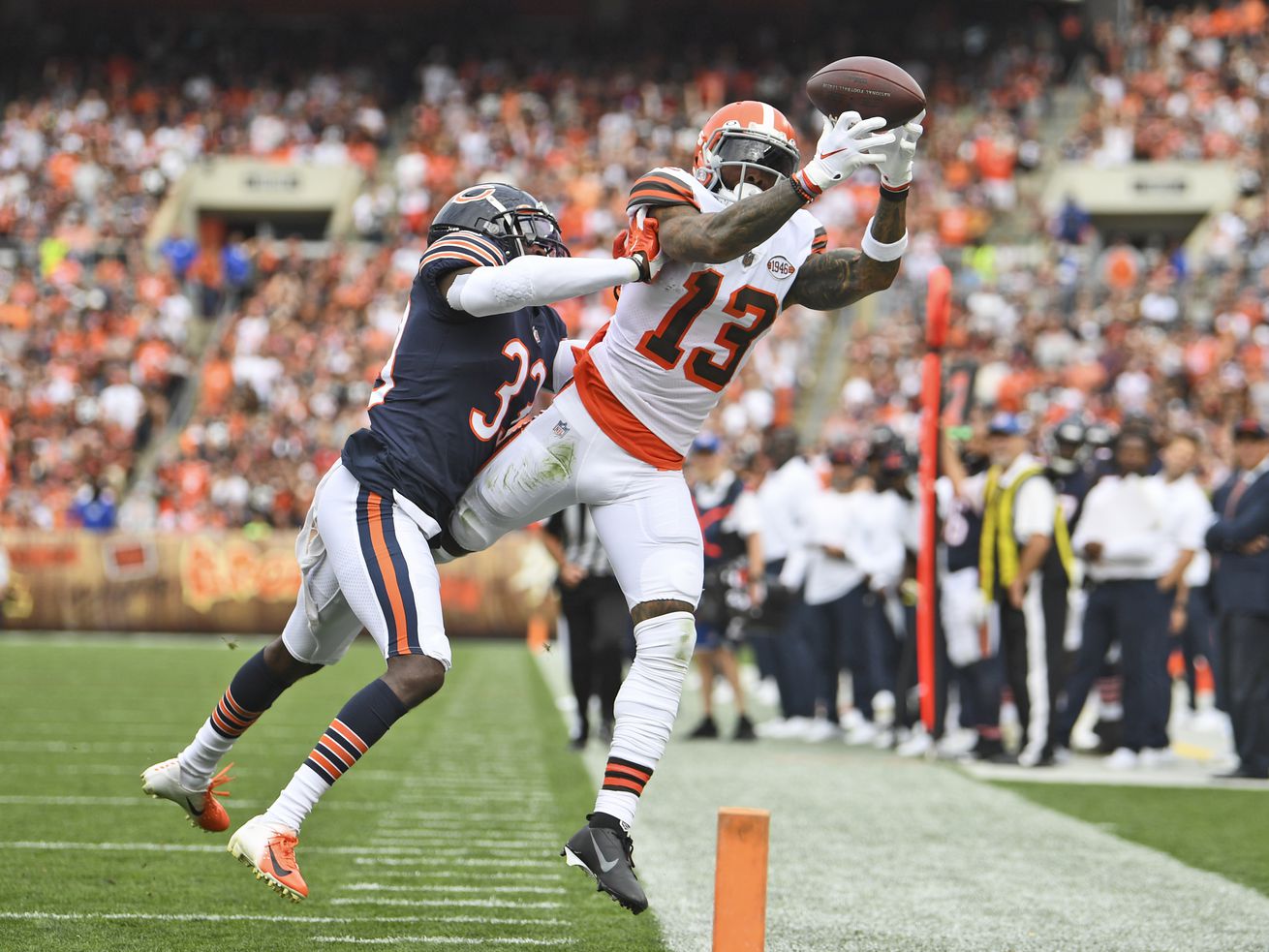 The second-year cornerback is off to a strong start after a promising rookie season. But he’ll have to take his game to another level against the irrepressible Adams on Sunday at Soldier Field.

Supporting your teammates is part of being a pro, but there probably never has been a player who has had a bigger fan inside the locker room at Halas Hall as cornerback Jaylon Johnson has in safety Tashaun Gipson.

In training camp: “I don’t think he gets enough credit, man,” Gipson said. “I believe in the next year or two he’ll be looked at as a top-5 cornerback. He really doesn’t have any flaws in his game.”

After the preseason: “I’ll tell y’all again, he’s going to be a top-5 cornerback — I mean that and I’m telling y’all straight face. He can run. He can move. He can tackle. He can do everything necessary for a cornerback.”

“I think he’s locked in right now to the point where we’re going to be talking 10 weeks from now and I’m going to remind y’all what I said, because I believe in him that much — not just as a player but as a person.”

It didn’t even take 10 weeks. On Tuesday of Week 6, a reporter couldn’t even finish the question. “Jaylon Johnson’s playing at a high level …”

“Hold on, now,” Gipson interrupted. “What did I tell y’all? Did I tell y’all that? OK. I just want y’all to know. Everybody looked at me crazy. … I told y’all. I said Week 6. Around Week 6 or 8 — half the season, I’m gonna tell y’all. I said that with conviction because I meant it.

“I watch him — humble; young guy. I’ve seen it. When some of my buddies that play for the Dolphins cane here [for joint practices prior to a preseason game], I told them, ‘Thirty-three is gonna be a star in this league. He’s the real deal.’ And everything I said [has] come to fruition.”

Well, so far it has, anyway. Johnson has picked up from his promising rookie season and appears on track towards a Charles Tillman level of impact, if not beyond that. He is tied for fourth in the NFL with six pass break-ups and is ranked 11th among NFL cornerbacks — one spot ahead of Rams All-Pro Jalen Ramsey — by Pro Football Focus.

And not just his teammates are taking notice. Prior to Sunday’s game, Johnson heard someone call his name or number and was surprised to see it was Raiders cornerback Casey Hayward, a two-time Pro Bowl player with the Chargers and the top-ranked cornerback in the league by PFF.

Biden to meet Kenya president as war roils nearby Ethiopia

White Sox fans skip work, school to be at Game 4 of ALDS: ‘We’re ready to have fun and bring home the win’

‘An unwelcome symbol’: Controversial San Jose statue is headed for the chopping block