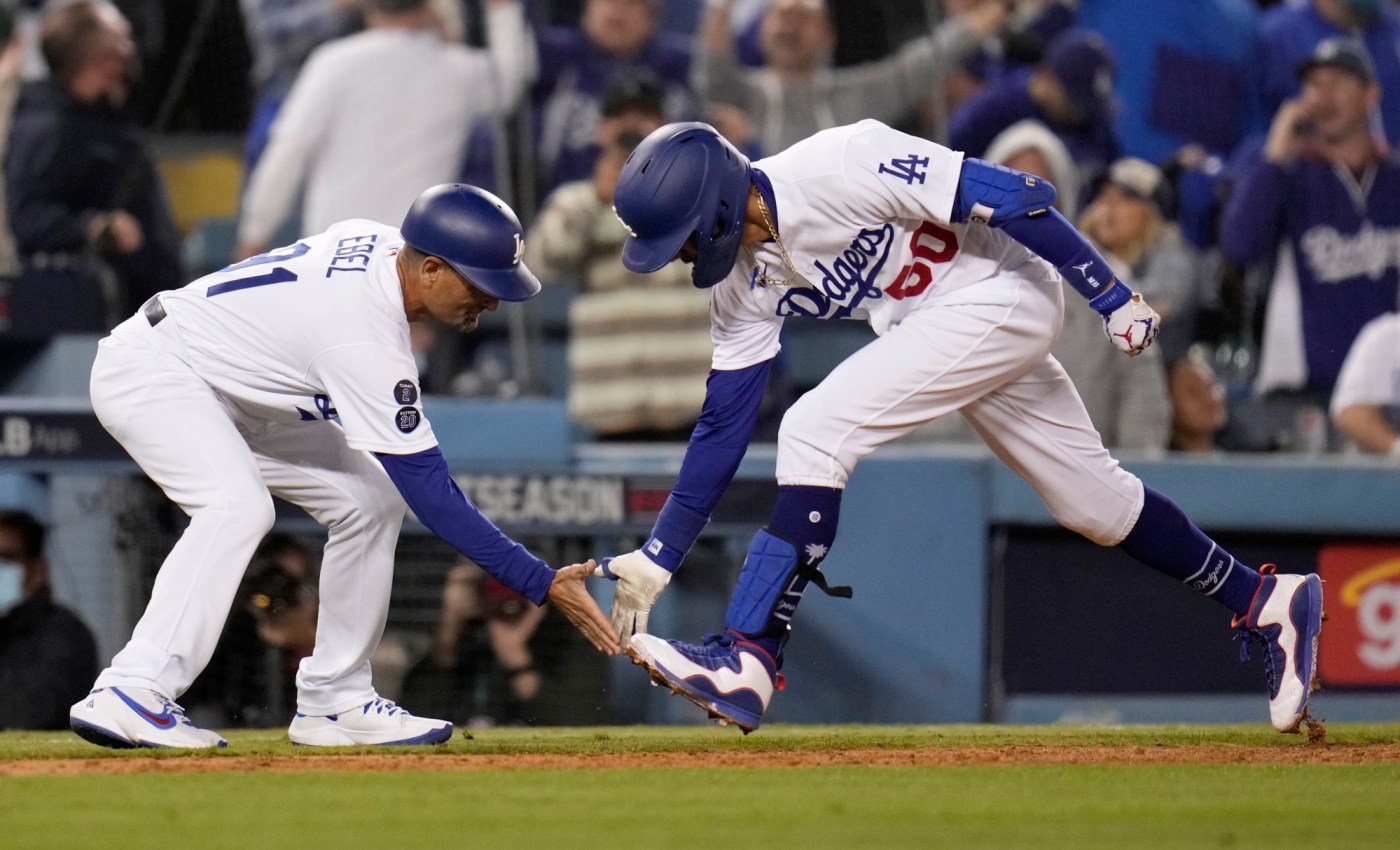 LOS ANGELES — After 130 years of foreplay, the first Dodgers-Giants postseason tussle was destined to go all the way.

Sending Walker Buehler to the mound on short rest to stave off elimination, the Dodgers did just that, beating the San Francisco Giants, 7-2, in Game 4 of their National League Division Series on Tuesday night.

The win evens the best-of-five series and sets up another elimination game – the Dodgers’ third in the first eight days of the postseason – this time at Oracle Park in San Francisco on Thursday. Game 2 winner Julio Urias will start for the Dodgers and Game 1 winner Logan Webb for the Giants.

The Dodgers’ all-or-nothing-at-all offense – a nine-run burst in Game 2, sandwiched between a pair of bagels – was relentless in Game 4. They had 18 baserunners in all (12 hits, five walks and an error) and runners in scoring position in each of the first six innings.

Six different Dodgers had two-hit games – the top four batters in the order, plus Gavin Lux and Cody Bellinger.

All that activity produced just one run in each of the first two innings. That was enough to chase Giants starter Anthony DeSclafani after just 10 batters with Gabe Kapler implementing a zero-tolerance policy that had him toggling through five pitchers in the first four innings.

Mookie Betts doubled the score with a two-run home run in the fourth inning off the fourth of those relievers, lefty Jarlin Garcia.

But even that didn’t seem like enough. Half of the Dodgers’ first 18 batters reached base (five hits, three walks and an error) but they went 1 for 8 with runners in scoring position, making the least out of those opportunities.

Man, 32, charged with posing as police officer to kidnap girl, 14

After three consecutive walks with one out in the third, for example, they didn’t score. Chris Taylor’s drive to the wall in left field was run down by LaMonte Wade Jr. to strand the bases loaded. Another bases-loaded situation in the fifth yielded just one more run on a Betts sacrifice fly.

While the offense’s sporadic appearances have drawn the most attention – and angst – the Dodgers’ pitching has slowly tightened the screws on the Giants. They have managed just nine runs in the first four games of the series, half of those in the Game 1 victory, and are batting .184 (23 for 125) against Dodgers pitching in the NLDS.

Starting on just three days of rest for the first time in his professional career, Buehler was asked by Roberts to “go as hard as you can for as long as you can.” That turned out to be 13 outs and 71 pitches.

When do the clocks go back in autumn 2021? The date mornings will start getting darker

Jon Gruden out as Raiders coach over offensive emails