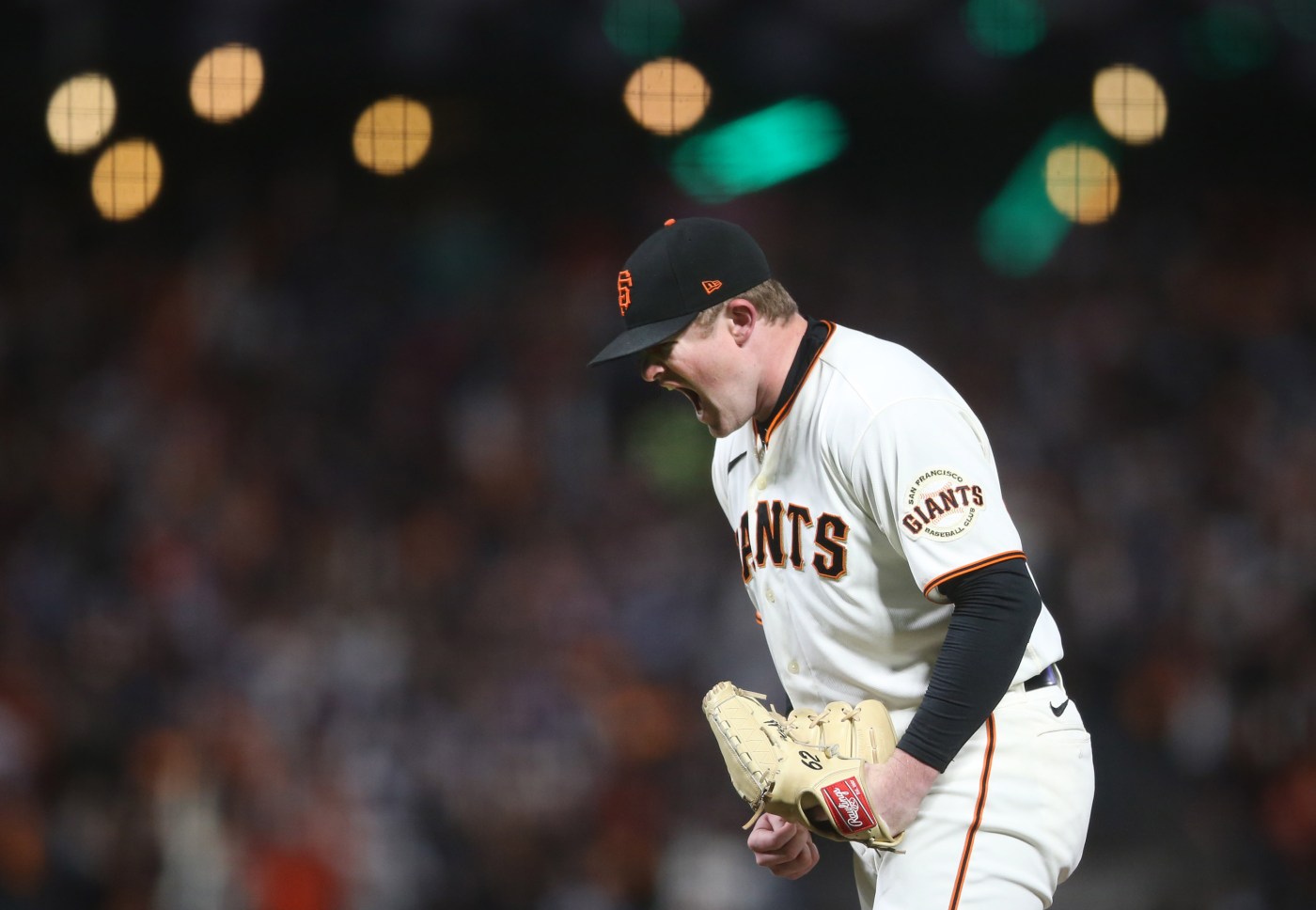 LOS ANGELES — With Anthony DeSclafani lasting all of 1 2/3 innings, the San Francisco Giants cycled through seven relievers as they spiraled into a 7-2 loss to the Los Angeles Dodgers in Game 4 of the NLDS on Tuesday.

Though the manager Gabe Kapler kicked up a trail to the mound and back to his dugout post, tapping through nearly all his weapons to get through this game, his pitching staff should be set up well for Game 5 at Oracle Park on Thursday.

Why? Because Logan Webb will start the do-or-die game. A rested Kevin Gausman and even Alex Wood should be available, too, with a dominant Camilo Doval refreshed after pitching a six-out save in the Giants’ Game 3 1-0 win on Monday.

Strong pitching performances have fueled the Giants’ two wins this series so far — both shutouts, one behind Webb in game one of the series. In Game 1, Webb’s confidence shined as he hurled more changeups than usual to keep the Dodgers’ potent lineup hacking through air. He drew 21 swings and misses that day and didn’t walk a single batter to a team known to work at-bats. He struck out 10 batters, gave up five hits on 92 pitches through 7 2/3 innings.

At 24, Webb will be the youngest pitcher in Giants franchise history to start a winner-take-all game. Not only is Webb their last hope, but their best one, too.

“You can lean on the track record of the last four months,” Kapler said. “It’s a long time, it’s a lot of starts and it starts and he’s had starts in huge games. It’s totally rested and prepared, confident pitcher.”

Catcher Buster Posey has caught his fair share of pitches in postseason do-or-die moments — Madison Bumgarner’s five scoreless in Game 7 of the 2014 World Series chief among them. He knows poise under pressure, and has seen it with Webb dating back to spring training to his Game 162 and Game 1 NLDS performances.

“I think his confidence has continued to grow,” Posey said. “I think the stuff has gotten better because he believes that he has elite pitches and he can compete with anyone. And I think it’s a matter of — and he’s shown in the last game of the season and first game this series that he can keep his poise and that bodes well for him.”

Going toe-to-toe on the Dodgers side with Webb will be left-handed pitcher Julio Urias, dominant against the Giants this season with a 3.38 ERA against San Francisco not including his Game 2 start in which he allowed one run on three hits over five innings.

“It’s like any other pitcher,” Posey said. “Your’e facing a big league pitcher, so you’re hoping he makes a mistake and get a barrel on it. …read more

West Covina man sentenced to prison for laundering more than $900,000 for drug traffickers

Palmdale man is killed, 3 others are wounded in Lancaster restaurant shooting