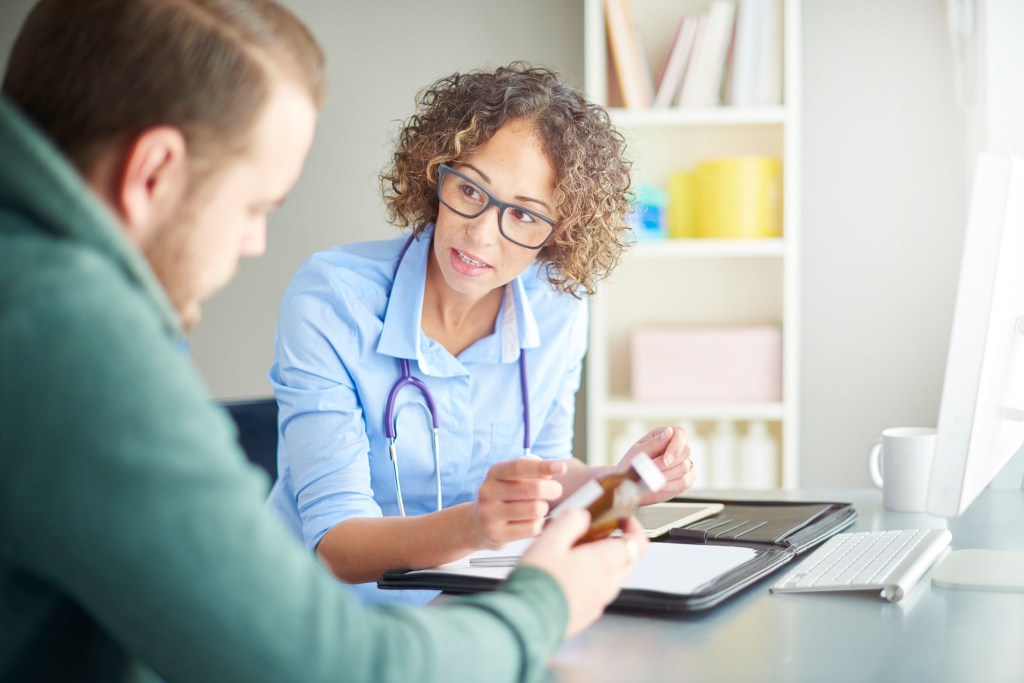 Health Secretary Sajid Javid is expected to announce a package of measures in the coming days (Picture: Getty)

GP surgeries will be told to tear up social distancing rules and see more patients face-to-face in a bid to tackle waiting lists.

Health Secretary Sajid Javid is expected to announce a package of measures in the coming days to cut NHS bureaucracy and free up family doctors’ time to carry out more in-person appointments.

The plan will include the removal of the two-metre social distancing rule that was scrapped from Covid guidance in hospitals months ago.

Onerous ‘enhanced cleaning’ regimes will also be relaxed, according to the Daily Mail.

A Whitehall source said the ‘small minority’ of GPs resisting a return to face-to-face appointments would be ‘held to account’.

However, they did not specify what action would be taken if they didn’t cooperate with the new guidance.

According to the Mail, Mr Javid is thought to have considered potential financial sanctions.

The source said: ‘GPs are doing a great job under difficult circumstances – we are full of praise for the vast majority who are doing their best for patients.

When will the US borders open for UK travellers?

‘We have been working closely with the NHS on a plan to support GPs and deliver better outcomes for patients. We all want the same outcome and by working together we can achieve it but we will hold the small minority letting the side down to account.’

Ridley-Thomas, ex-USC dean vow they will be cleared of federal conspiracy, bribery charges

This week it emerged some parts of England only have one GP for nearly 3,000 residents.

Worst-affected areas like Fylde, Hull, Thurrock and Portsmouth have almost twice the number of people per GP compared to better served places like Liverpool and Oxfordshire.

The Lib Dems, who commissioned the analysis, warned of a postcode lottery and called on the government to train more GPs.

Some parts of England only have one GP for nearly 3,000 residents

On top of a shortage, Covid rules mean many people are struggling to get face-to-face appointments.

Latest figures suggest that fewer than 60% of GP consultations in England are held in person, compared with 80% before the pandemic.

Mr Javid is said to believe that social distancing in GP surgeries fails to reflect the success of the UK’s jab roll-out.

Most GPs are still enforcing the two-metre rule, despite hospitals switching to a one-metre rule last month.

Under the new package of measures, GPs will have their workloads eased through hospitals writing more prescriptions and sickness notes for workers.

Pharmacies could also be asked to do more to help, including delivering extra vaccines.

Ask Amy: I found out something, and I don’t know if I can trust my new husband

What to know before San Jose State hosts No. 24 San Diego State