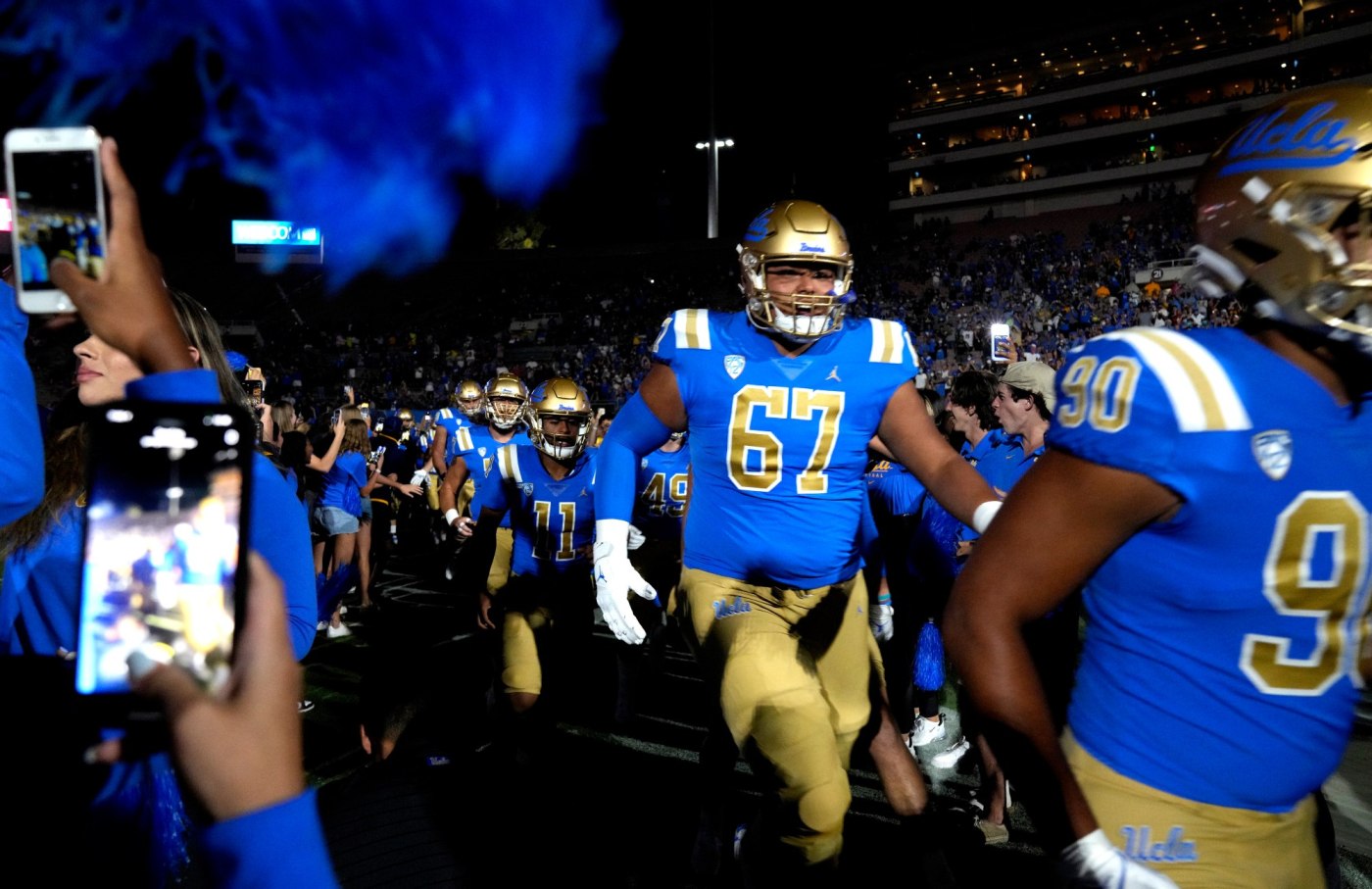 UCLA’s defense produced results in the 34-16 Pac-12 South division victory over Arizona, but players aren’t willing to rest on their laurels.

The Bruins were able to prevent Arizona from producing the kind of explosive pass plays that have plagued the secondary in recent weeks.

“We are never satisfied and there’s always room for improvement,” safety Stephan Blaylock said. “When we get into man coverage we just have to play tighter and in zone coverage we have to make sure we drop into the right zones.”

The Wildcats’ first three offensive drives each consisted of 12 plays or more and at least four minutes and 30 seconds of possession. The Bruins held the Wildcats to a field goal on each of the first two drives and forced the Wildcats to turn the ball over on downs on the third.

UCLA coach Chip Kelly thought it was big for the defense “to bow up and hold them to field goals” after quarterback Dorian Thompson-Robinson and the Bruins’ offense countered with a touchdown after each of the field goals.

Arizona coach Jedd Fisch played aggressively on offense in order to match the points UCLA was producing in the first half. Quarterback Jordan McCloud made the attempt to rush up the middle on fourth-and-1 from the UCLA 28-yard line but was stuffed for no gain by Blaylock and safety Kenny Churchwell III.

“It was really big,” Blaylock said. “I want to say on the previous third down play I could’ve made that same play and I didn’t, so when the opportunity presented itself again I knew I had to take it.”

The ability to have multiple Bruins involved on a tackle, especially in a short yardage situation, falls in line with the “swarm to the ball” mentality the team has put an emphasis on.

“We put a big emphasis on running in practice to the ball to lead to running to the ball in games,” Blaylock said. “As we do that we (can continue) to make plays.”

The Bruins are known for applying overwhelming pressure this season but as opposing teams have started picking up on the defensive style of play, the adjustments made in the second half paid off as they held Arizona to three points.

“We also make adjustments at halftime,” Kelly said. “I think our pass rush finally started to get home … and …read more

The Rolling Stones Will No Longer Play ‘Brown Sugar.’ And It’s About Damn Time.

NLDS: Dodgers on brink of elimination with 1-0 loss to Giants in Game 3