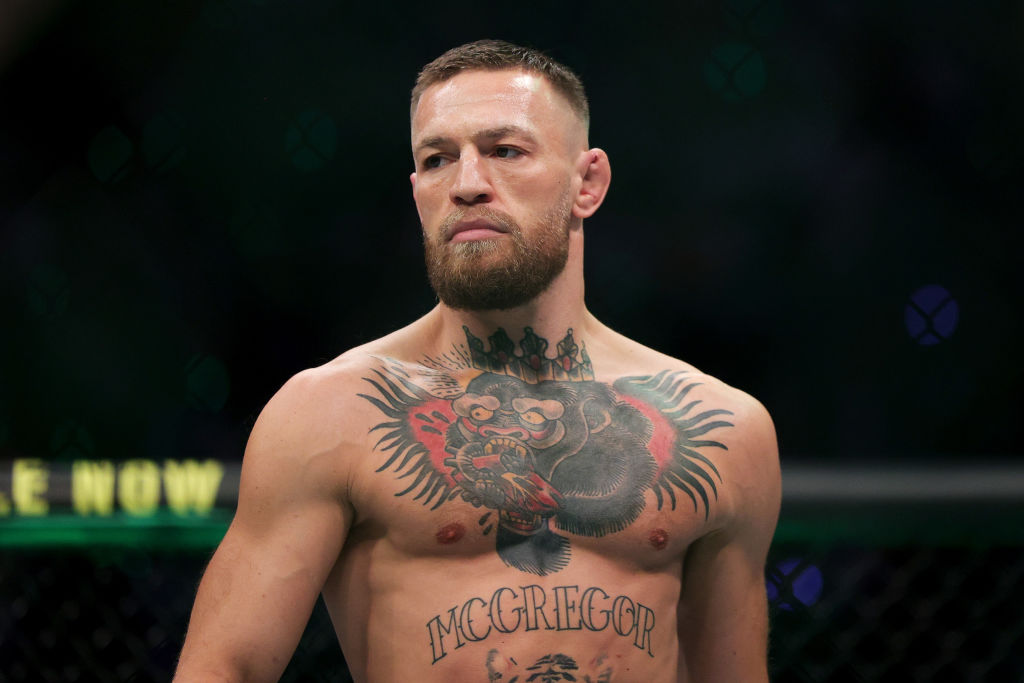 Conor McGregor has told Khabib Nurmagomedov’s manager Ali Abdelaziz ‘when you die I will celebrate’ during their latest social media row.

Nurmagomedov and McGregor have shared a vicious rivalry over the years, culminating in their 2018 showdown that ended in an all-out brawl inside the Octagon and outside.

The resentment from both sides has simmered ever since with McGregor and Abdelaziz also involved in a number of bad-tempered exchanges.

The latest broke out on Thursday night with Abdelaziz responding to McGregor’s latest barb at Nurmagomedov with: ‘You are drinking again boy he take your soul but never give it back punk b***h.

McGregor responded with a screengrab of an Google search relating to ‘is there inbreeding in Dagestan?’

Abdelaziz, who is also from Dagestan, replied: ‘Here we go again insulting people nation and religion this is not funny my dream to see you in person.’

I hate you bro. When you die I celebrate

McGregor responded with: ‘I hate you bro. When you die I celebrate.’

The Dubliner is currently recovering from a broken leg suffered in his trilogy fight against Dustin Poirier at UFC 264 in July.

‘Notorious’ could be back in action sooner than expected with his manager Audie Attar revealing his fighter is way ahead of schedule in his recovery bid.

‘He’s ahead of schedule,’ Attar told The Sun.

‘We not only just got our x-ray results [back], [we got] our ultrasound results and CT scan results.

‘And when I look at the view of the x-ray myself, it’s healing so beautifully.

‘He’s only 10-and-a-half weeks out of surgery and he’s walking.

‘And he’s actually doing s**t that we don’t want him to do like throwing the first pitch at the Cubs game.’

California bullet train’s latest woe: Will it be high speed?

Adam Schefter Is Getting Dragged For Running A Story By Bruce Allen About The NFL’s 2011 Lockout And Calling Him ‘Mr. Editor’

‘Shots like that end careers!’ – Tyson Fury unsure if Deontay Wilder will ever fight again after trilogy defeat