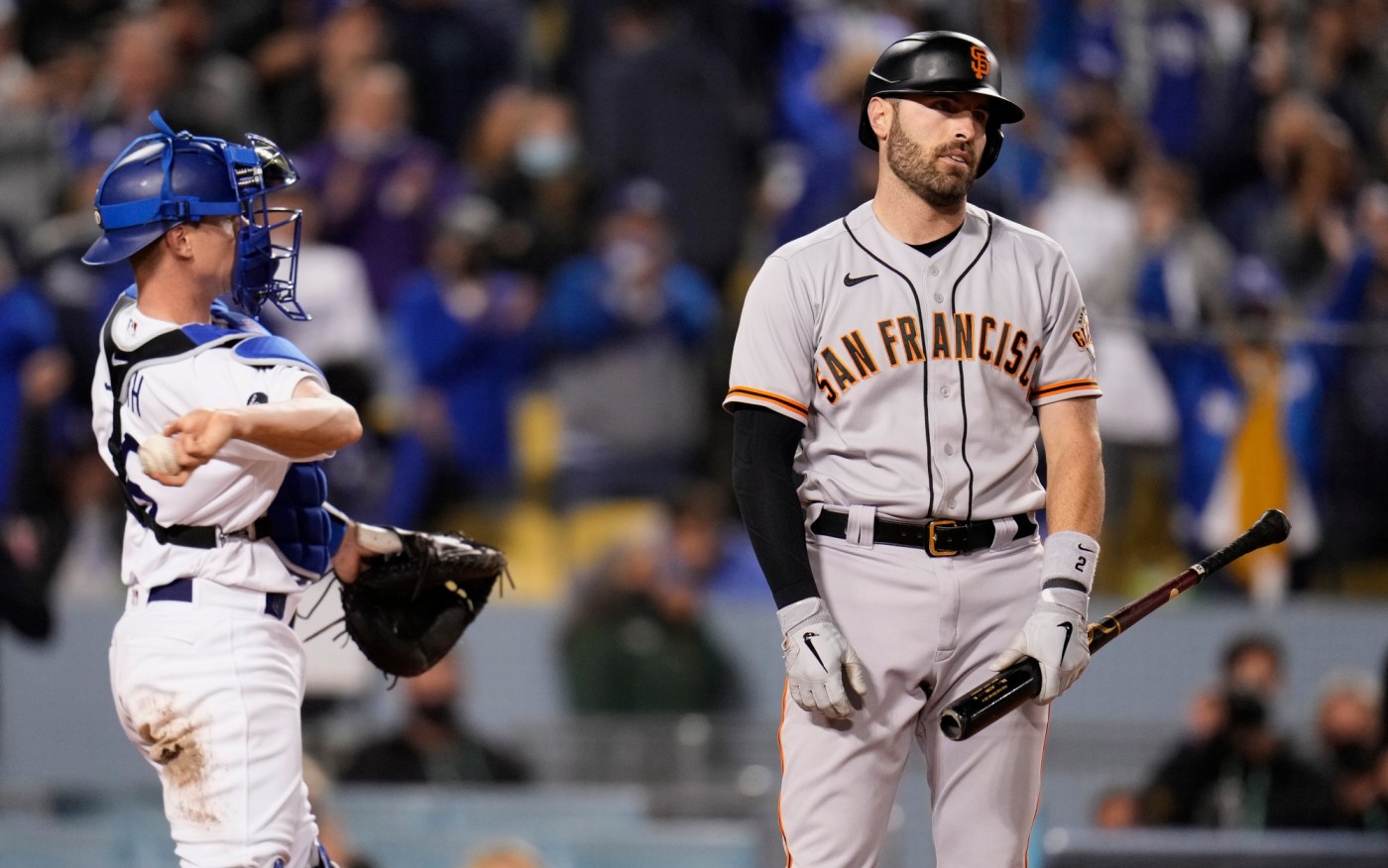 Only the most distinguished oracle would dare to predict what will happen in Game 5, with the Dodgers and Giants locked in Oracle Park until the winner of this National League Division Series comes out.

But San Francisco did not win 107 regular-season games by swinging the bats as inefficiently as this, and now Julio Urias, the Dodgers’ four-leaf clover, is rested and ready for Thursday.

Five of the first 10 Dodgers got hits in Game 3, and nine of the first 17 either reached base or launched a run-scoring fly ball. The Dodgers also left five men in scoring position in the first three innings and only led by a nervous 2-0. But Mookie Betts drilled a two-run homer to right in the fourth inning, and the Giants couldn’t have made up that deficit if they’d borrowed Steph Curry.

For a series between such tightly yoked teams, this is bringing back lopsided memories of the 1960 World Series. In that seven-gamer, the Yankees outscored Pittsburgh 55-27 and still lost, thanks to Bill Mazeroski, who is still alive and still doesn’t have to buy any drinks in Iron City.

After four games the Dodgers are again the kings of run-differential with 16 runs to the Giants’ eight. Logan Webb, the right-hander who dealt the Dodgers the first shutout on Friday night, is the Game 5 starter for San Francisco.

How screwed are Democrats in the Senate?

With all the talk about the crippling loss of Max Muncy, the Giants probably miss Brandon Belt, their injured first baseman, even more. He broke his thumb, and the only hits they’ve gotten from a first baseman have come from Bryant, who of course is a third baseman by trade but has played left field, center field, first base and right field in the first four games.

Going into Game 4 the Giants had 16 hits in this series, 12 from Bryant, Posey and Crawford. Everybody else was 4 for 57. As a whole, the team had four walks and a .230 on-base percentage.

After Game 4 the Giants were hitting .184 for the series, with eight total runs.

Except for Evan Longoria, the supporting cast is not accustomed to the October grind, and few lineups in baseball would be any more productive when asked to face Buehler twice, Urias and Max Scherzer.

The Giants didn’t build their startling record with a lot of pass-the-baton rallies. They were 14th among the …read more

Without Steph, Draymond or 3-pointers, Warriors beat Lakers to stay undefeated in preseason

Lawmakers send to Gov. Greg Abbott new political maps that would further solidify the GOP’s grip on the Texas Legislature

Lakers’ Russell Westbrook got what he wanted, but will he capitalize?