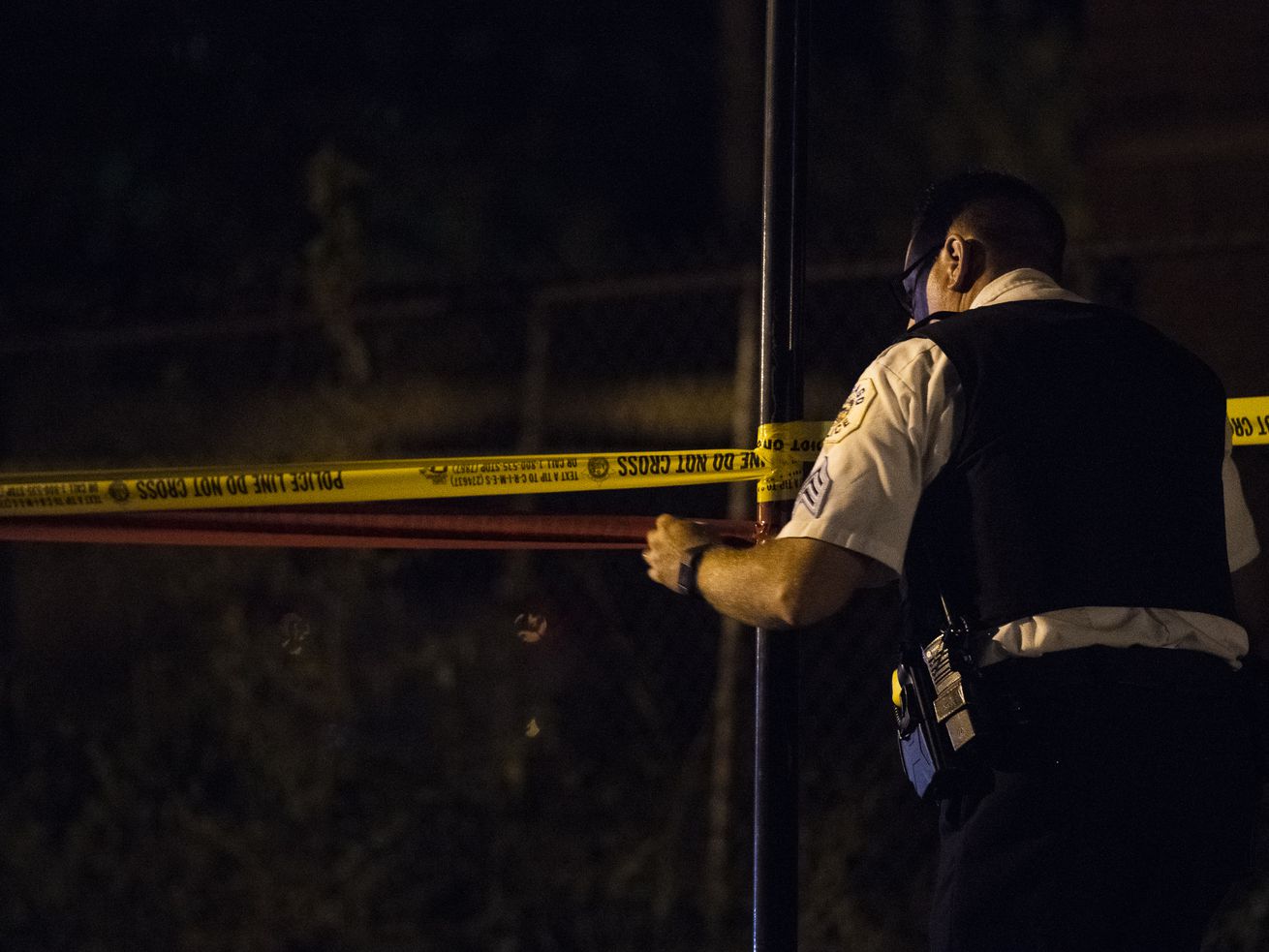 A man was killed Wednesday afternoon in a drive-by shooting while standing outside about 4:20 p.m. in the 4800 block of West Crystal Street.

Ten people were shot, one fatally, Wednesday across Chicago.

A man was killed Wednesday afternoon in a drive-by shooting in Austin on the West Side.

The 20-year-old was standing outside about 4:20 p.m. in the 4800 block of West Crystal Street when someone in a passing vehicle fired shots, Chicago police said.

He was struck in the chest and driven to West Suburban Medical Center where he later died, police said.

In nonfatal attacks, a 16-year-old boy was wounded in a shooting Wednesday in Englewood on the South Side.

He was outside about 4 p.m. in the 6900 block of South Green Street when someone opened fire, striking him in the shoulder, police said.

The teen was taken to the University of Chicago Medical Center, where his condition was stabilized, police said.

Less than an hour later, three people were critically wounded in a shooting Wednesday afternoon in West Englewood on the South Side.

The shooting happened about 4:50 p.m. in the 6300 block of South Damen Avenue, police said.

An 18-year-old man was struck in the chest and arm and taken to the University of Chicago Medical Center in critical condition, police said.

A 26-year-old man suffered a gunshot wound to the arm and a 32-year-old was struck in the chest, police said. Both men were taken to Christ Medical Center in Oak Lawn in critical condition, police said.

Wednesday night, a man was seriously wounded in a shooting in South Shore.

The 22-year-old was sitting in his parked car about 11:55 p.m. in the 7600 block of South Sanigaw Avenue when a male in a black ski mask approached him and opened fire, police said.

He was shot in the shoulder and drove himself to South Shore Hospital, police said. He was then transferred to the University of Chicago Medical Center in serious condition.

At least four others were wounded in citywide gun violence.

COVID-19 pill may be a pandemic game changer

Ask Amy: Were they right to boycott their own baby shower?

Sharks’ rookies set to debut, but are they ready? ‘Now it’s the real deal’