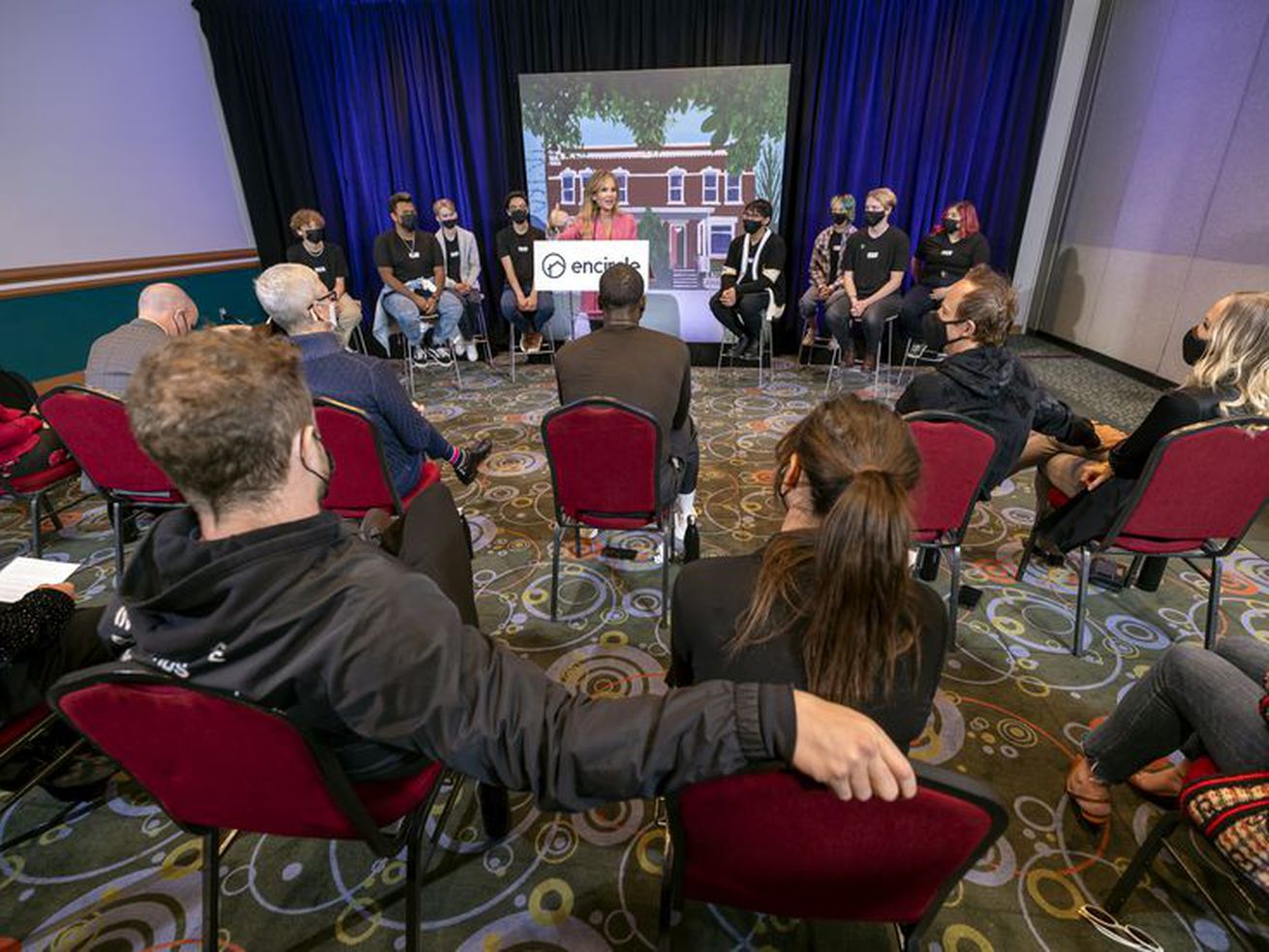 An unexpected team of prominent figures in tech, music, sports and politics came together to raise $8 million in eight months to support LGBTQ youth, and now they’re doing it again.

In February, Apple CEO Tim Cook, Imagine Dragons lead singer Dan Reynolds and Jazz owner Ryan Smith appeared on Good Morning America and announced that they were going to raise $8 million to build eight new homes for Encircle, a Utah-based nonprofit that provides safe spaces and mental health services for LGBTQ youth. They met and then exceeded their goal and, with the sponsorship of the Kahlert Foundation, will be building a ninth Encircle house in the southern end of Salt Lake County.

The team, along with former NBA player Dwyane Wade; Domo founder Josh James and his wife, Rayna; Heather Kahlert of the Kahlert Foundation; as well as Utah Gov. Spencer Cox and his wife Abby, announced a new goal of raising $13 million to sustain the 13 Encircle homes for the next few years at a press conference during the Silicon Slopes Summit Wednesday.

The goal of Encircle is to “bring family and community together to enable LGBT youth to thrive,” she explained. And gathering leaders from so many areas shows those youth that they are supported, she added.

Cook said that reaching that goal and starting a new campaign was “another milestone” and “(it) represents another major step forward.”

Alitalia Carried Popes and Princesses But is Now Grounded for Good

The Apple CEO came out as gay in a 2014 editorial for Bloomberg Business, saying, “I’m proud to be gay, and I consider being gay among the greatest gifts God has given me.”

Because of his personal experience, Cook says that he sees himself in many queer youth and knows what it’s like to be isolated and lonely.

“It’s not easy when you’re made to feel different because of who you are,” he said. “Slowly, too slowly, we’ve seen that begin to change, especially through the inspiring efforts of Encircle.”

Smith pointed out that Encircle didn’t happen in Utah merely by chance. Utah was a place that needed it and had the people to support it, he said.

The nonprofit currently has homes in Utah, Idaho, Arizona and Nevada, but Smith said “every city in the United States needs an Encircle.”

Wade, also a part-owner of the Utah Jazz, visited the Salt Lake Encircle home before the Wednesday press conference and invited everyone to go in and see the vision. He explained that he stood there as a representative of the Jazz, but he was also there as a parent.

Wade’s daughter Zaya is transgender, and when she approached her parents about it when she was 8 years old, her parents wanted her to live …read more

COVID: Not everyone will need a booster, experts say