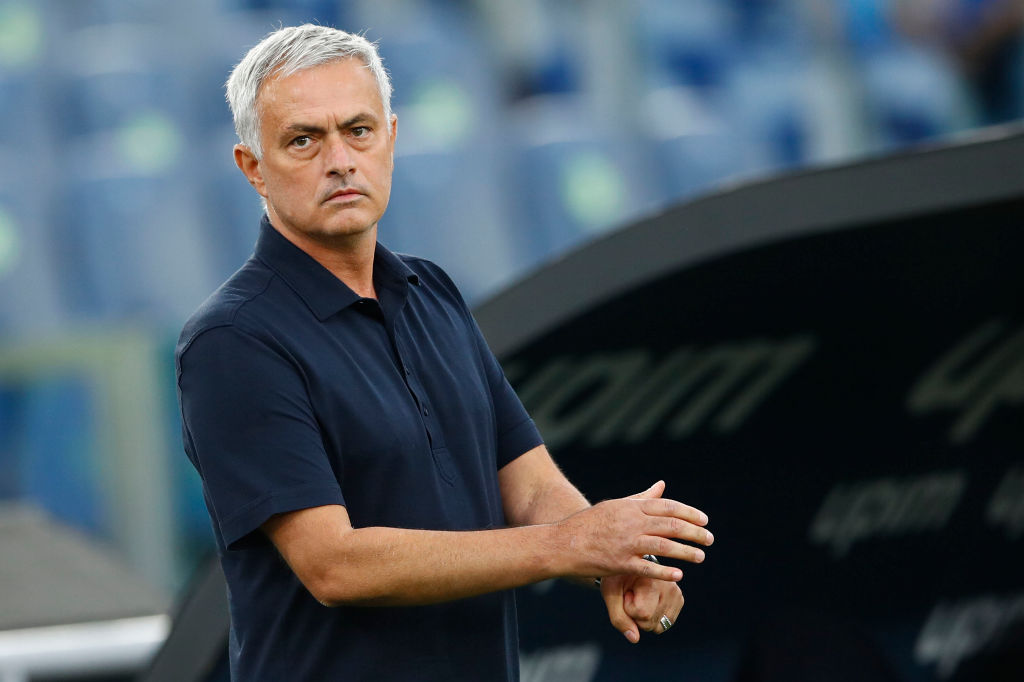 Jose Mourinho is currently the head coach of Italian side AS Roma (Picture: Getty)

Newcastle were taken over by Public Investment Fund last week and are now the wealthiest club in world football, with the new owners promising to turn the Magpies from a team battling relegation to one challenging for titles.

One of the first jobs on the owners list is to employ a manager with a more successful track record in terms of winning silverware to take over from Bruce, who has been at the club since 2019.

It was understood that Newcastle’s number one choice for the job was Brendan Rodgers, but the Leicester boss will reportedly snub Newcastle’s interest, in the belief he is in the running to succeed Pep Guardiola at Manchester City, as and when the Spaniard departs.

But former Premier League defender Mills thinks that Mourinho, who only took over at Roma in the summer following his departure from Tottenham, would be the perfect man for the job, as long as he were to receive full backing in the transfer market.

‘If you’re talking about being given money to build a team and be relatively successful, I’d go with Mourinho,’ he told talkSPORT.

‘If you give Jose enough money and allow him to what he wants to do, he will guide you to success quicker than probably anyone else.

‘Newcastle can go slowly and survive this season, next season finish in the top half, then top six. But If they want to jump from survival to top four, I don’t see anyone better out there than Mourinho to do that.

‘You’d have to give him absolute fortunes to buy the players that he wants, but he’s one of the only coaches that could do that.

‘He could put a team together next week that will be successful, he could do it in the January transfer window. The football might not be brilliant but he’ll get you winning games that’s for sure.’

Bruce was expected to be given his marching orders during the two-week long international break, but now looks set to take charge of Newcastle’s home game against Tottenham on Sunday in what could be his last match in charge.

Celebrities React To Kanye West - Donda (Official Album)
Larry Bird Dropped a 49-Point Triple-Double While Wearing a Back Brace as the Celtics Chased a 1992 Playoff Spot: ‘He Was in Serious Pain’

Race to Save the World: Stopping the Next Pandemic Means We Need Equity in Public Health

Eagles Head Coach Nick Sirianni Is Furious With a Member of His Coaching Staff, and It Could Lead to an Embarrassing Conclusion