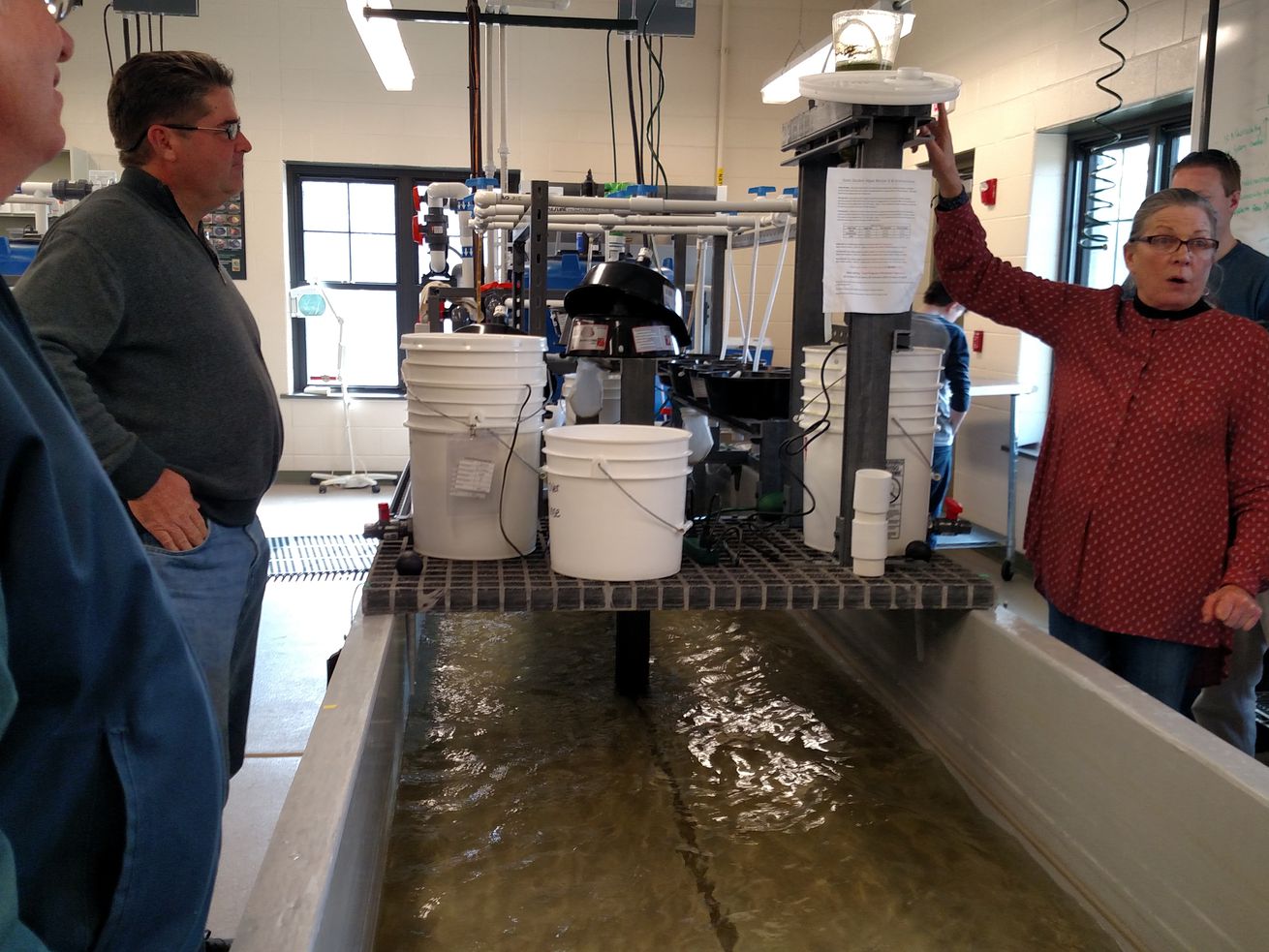 A file photo of an earlier chance to visit the Urban Stream Research Center, which has a rare public tour on Saturday. | Provided

A rare chance for the public to tour the Urban Stream Research Center leads this Go & Show; plus a weekend gathering on the backwards river, along with several activities of the season.

The Forest Preserve District of DuPage County is holding a rare public tour of its Urban Stream Research Center at Blackwell Forest Preserve on Saturday, Oct. 16. As somebody who has had a couple chances to the center up close, I highly recommend it for a look at key scientific work on mussels and other aquatic life.

CHICAGO RIVER, DEEP THOUGHTS: The Backward River Festival: Reclaiming the Chicago River is this weekend. It really sounds like the kind of thing I should attend, but can’t. The two-day outdoor event, presented by the University of Illinois Chicago’s Freshwater LabThe festival, 11 a.m. to 7 p.m. Saturday and Sunday. It features water-related activities, music, panel discussions, art, food and a community expo outside of the Eleanor Street Boathouse at Park 571, 2828 S. Eleanor St. It’s free.

From new parks and riverwalks to large warehouses and residential developments, many changes are taking place along the Chicago River.

What do these transformations mean for Chicago’s communities? Who bears the burden and who benefits? In Chicago, a resident’s experience with the river can often depend on where they live.

Woman, 20, who jumped into hot spring to save puppy in coma after burn surgeries

The Backward River Festival: Reclaiming the Chicago River, a two-day outdoor event presented by the University of Illinois Chicago’s Freshwater Lab, will bring together artists, environmental justice advocates, local residents and community organizers to examine these questions and reflect on the river’s current condition and future.

a two-day outdoor event presented by the University of Illinois Chicago’s Freshwater LabThe festival, scheduled Oct. 16-17 from 11 a.m. to 7 p.m., will feature water-related activities, music, panel discussions, art, food and a community expo outside of the Eleanor Street Boathouse at Park 571, 2828 S. Eleanor St. Admission is free and open to the public.

Family-friendly festival activities include canoeing with Friends of the Chicago River; catch and release fishing, aquatic ecosystem and urban river education with Shedd Aquarium; making seed bombs, which are native plant seeds and mushroom compost packed in clay, with Urban Rivers; a participatory mapping workshop; and panel discussions and live performances on the mainstage hosted by Ricardo Gamboa of The Hoodoisie, an online news program focused on Chicago community activism.

More information and the full schedule of festival events are available online.

The festival is an opportunity for the public, particularly residents in communities surrounding the South Branch and the Sanitary and Ship Canal, to connect to the river and each other through curated activities and engaging art installations, according to Rachel Havrelock, founder and …read more

The lies of the TV abortion storyline