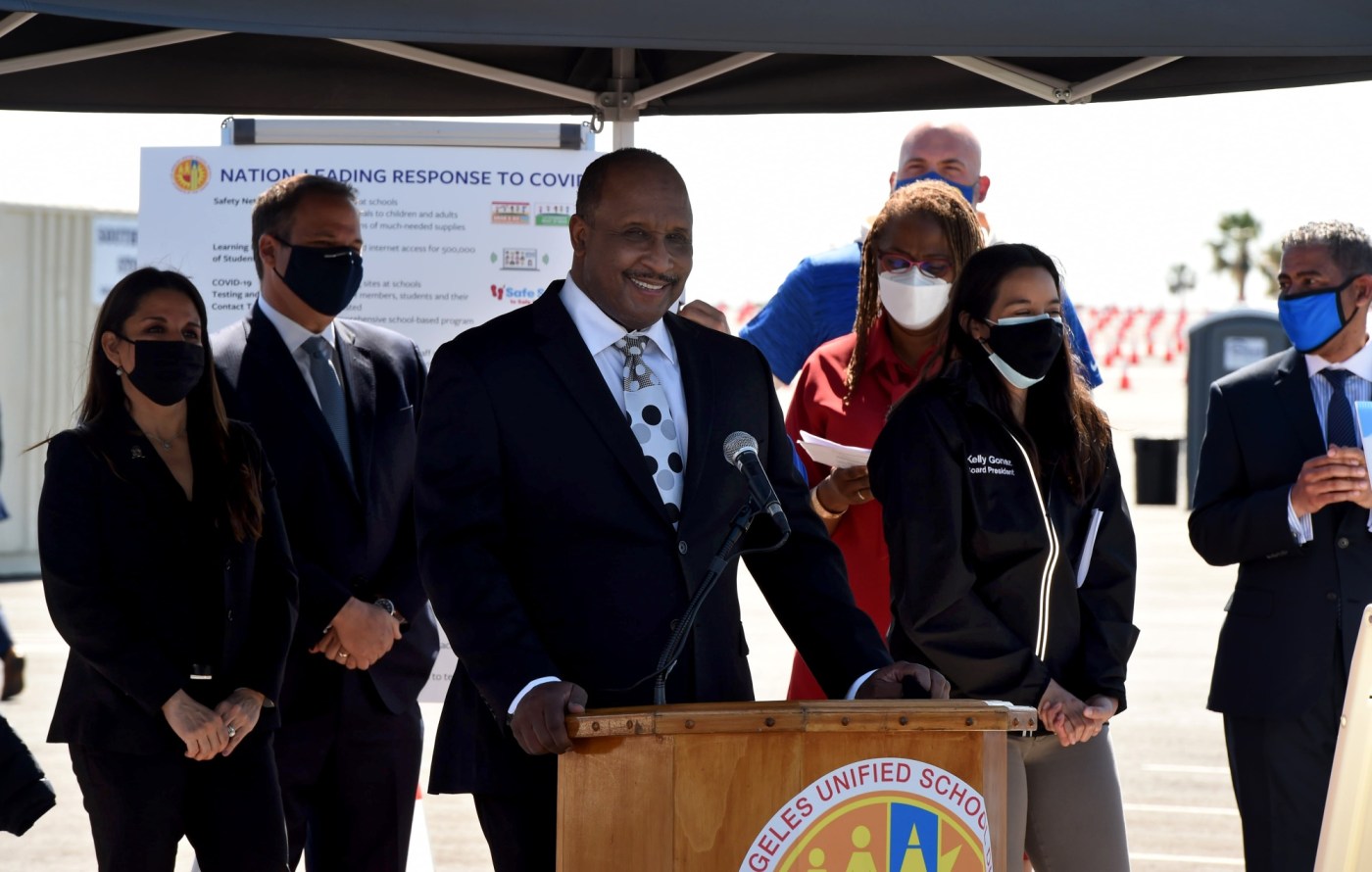 A former media consultant for Inglewood has filed a lawsuit against the city and Mayor James T. Butts Jr. alleging the administration turned a blind eye to the mayor’s use of city funds to hire women he wants to sleep with and his subsequent sexual harassment of them.

The consultant, identified as in court documents as “Jane Doe,” alleges Butts used a job offer and later a $10,000 contract to coerce her into a sexual relationship.

“He abused his position as mayor to lure her to work for the city and then once he had her under his authority, he made unwanted sexual advances towards her and engaged in quid pro quo sexual harassment, promising her more financial opportunities if she would satisfy his creepy sexual proclivities,” the lawsuit states.

Butts allegedly promised the woman more work if she “allowed him to attempt to hypnotize her to take of advantage of her for his own prurient interests,” according to the lawsuit.

Doe alleges Butts retracted his promises and effectively had her fired in December after she brought up allegations of sexual harassment made by another woman. Butts’ former assistant, Melanie McDade-Dickens, sued him and the city earlier this year, alleging that the mayor also had her terminated from her high-paying job after she broke up with him. A judge threw out part of that case last month due to its late filing.

Doe and McDade-Dickens are both represented by attorneys Carl Douglas and Maryann Gallagher.

Doe’s lawsuit argues that the mayor has a “long and sordid” history of sexually harassing women that the city’s administrators should have known about and have so far failed to investigate or prevent.

“The defendants sent a clear message to Ms. Doe and other female employees that they would take defendant Butts’ word over theirs; that they would not take the allegations of sexual harassment and sexual assault seriously; and that they would allow Butts to continue roaming unabated among the halls of City Hall, preying on other females, without taking any substantive steps to protect them,” the lawsuit states.

In a statement, Mira Hashmall, an attorney representing Inglewood, called the allegations “false, malicious and defamatory” and accused Doe of using the lawsuit as an “extortion tactic.” Inglewood previously rejected Doe’s claim for $5 million in damages in April. The lawsuit does not specify a dollar figure for damages.

Suit ‘devoid of any facts’

“There was no sexual violence, assault, or harassment of any kind. In fact, her own complaint makes that clear. It is devoid of any facts to support her fabrications,” Hashmall wrote. “This is a transparent ploy to try to destroy the reputation of others in the pursuit of money. It will not work. We are prepared to fight these lies all the way to trial.”

Doe originally received a “conditional offer of part-time employment” for a $36,263 webmaster position in March 2020, according to the city. Her application stated she learned about the job from Butts. A background check later found evidence of an alleged …read more

Celebrities React To Kanye West - Donda (Official Album)
Let’s talk about dates, why don’t we? Not the swipe-right kind

Warriors get ‘pretty good news’ on James Wiseman, Jonathan Kuminga — but how quickly will either return?