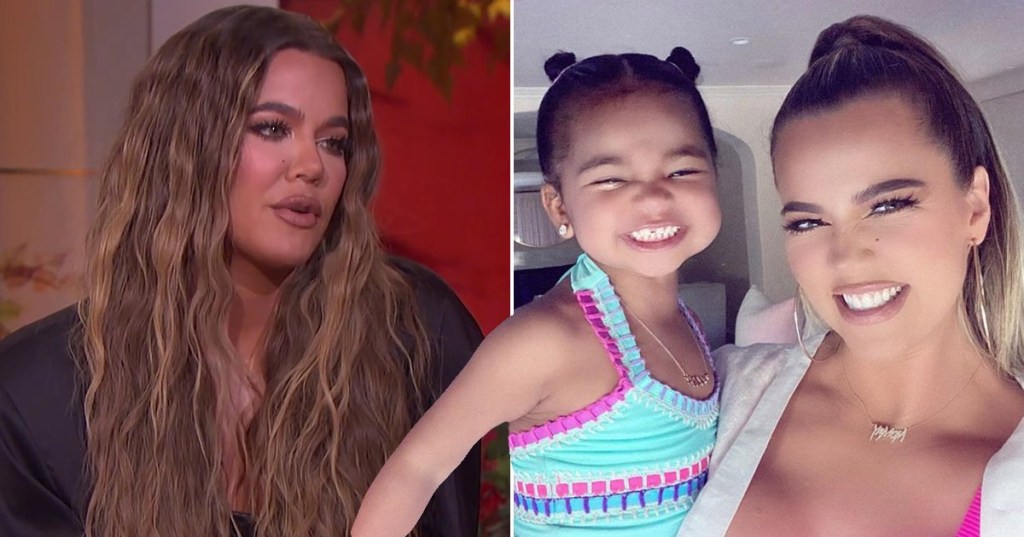 Khloe Kardashian doesn’t like it when you call her daughter ‘big’ instead of ‘tall’ (Picture: Backgrid/@khloekardashian)

Khloe Kardashian is doing everything it takes to make sure her three-year-old daughter, True Thompson, doesn’t grow up feeling insecure about her body.

The doting mother explained why she has started to correct people around her when they use the word ‘big’ to describe the child she shares with her ex-boyfriend Tristan Thompson.

Speaking candidly for her new Health magazine cover shoot, the 37-year-old stated: ‘When it comes to food — I had so many issues. It wasn’t from one person, I guess just from society or how people critiqued my body. So, I don’t play when it comes to True.

She continued: ‘I know what an adult means when they say that, but I don’t want her to misinterpret that.’

The Good American founder added that it was a ‘great thing’ that her daughter is already ‘really tough’ but she tries to encourage the tot to be open about her feelings.

The proud mom added: ‘If that’s who she is, I’m not trying to make her not be that way. But sometimes, I’ll notice she may bump into something.

‘I’ll say, “Are you OK, Tu-Tu?” And she’ll say yes and kind of brush it off. I do try to always tell her that it’s OK if she cries or if something is wrong.’

Meanwhile, the Keeping Up With The Kardashians star recently revealed she doesn’t want her daughter to ‘live in a privileged bubble’ about race issues.

Recognising that she’s ‘not a woman of color’, Khloe said she hopes to continue learning about racism in order to open her daughter’s eyes to the harsh realities of the world.

Speaking to model Leomie Anderson on her podcast Role Model, the reality star explained: ‘You’re only setting them up for failure if you don’t talk about race and the things they’re going to endure when they’re in, quote, the “real world”.

‘I know it’s a never-ending journey being a mother. It’s not just when they’re 18 and you just forget about them … you really think that as a kid, but you’re always their mom — that’s always turned on.’

MORE : Khloe Kardashian reveals how her sisters get over their ‘brutal’ fights

Sniper opens fire on protestors during investigation into Beirut explosion

The Most Brutal Roman Put-Downs On ‘Succession’