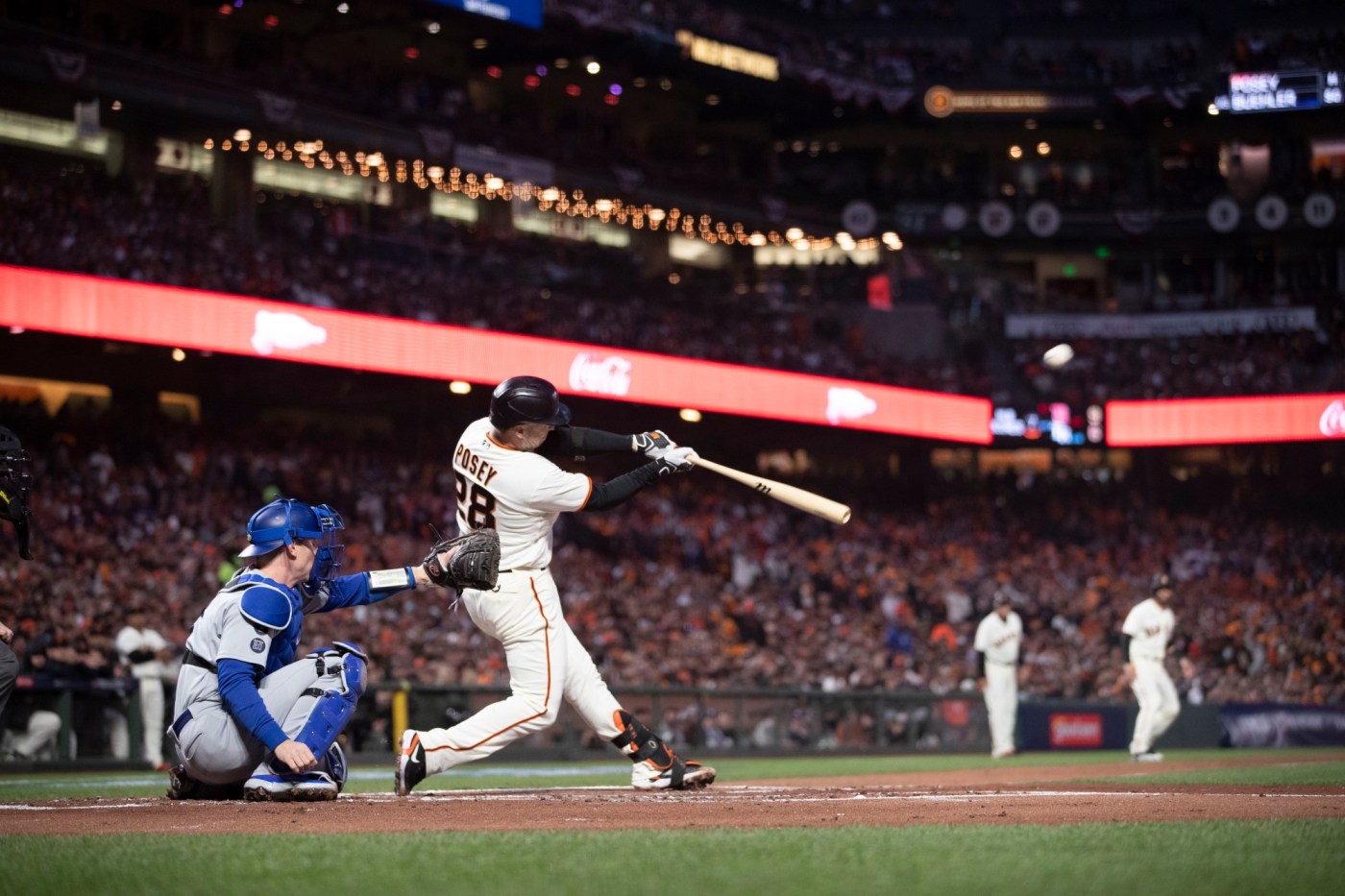 The Giants, like every other team in baseball, had one clear goal when they entered the 2021 season: Win the World Series.

But Giants fans always enter the season with another goal in mind: Beat the Dodgers.

Thursday night, in a winner-take-all Game 5 of the National League Division Series at Oracle Park, the Giants can move one step closer to their goal by helping the fans fulfill theirs.

“This is why you play,” said Giants catcher Buster Posey.

Yes, when it comes to big games, this is the best of the best.

The weight of this Game 5 is immense. The stakes are that one of the best two teams in baseball in 2021 will see its season end in a cold and abrupt fashion — some might even say it’d be unfair.

But with a rivalry like Giants-Dodgers, there’s so much more happening.

After all, these two teams have been playing each other since 1890, back when the Dodgers were known as the Bridegrooms.

And they’re the two most accomplished teams in National League history. The Dodgers have 24 pennants, the Giants 23.

That means Thursday will be the biggest game in this rivalry since Bobby Thompson hit the “Shot Heard ‘Round The World” in 1951. The only thing close was the 1962 tiebreaker, and it’s not that close.

No, when it comes to anticipation and pregame significance, this Game 5 stacks up with the biggest games in recent Giants history: Game 7 in the 2002 and 2014 World Series.

A game this significant — this heavy — is why I never quite understood the Giants fans who rooted for the path of least resistance this postseason. Yes, there were folks who were rooting to play the Cardinals instead of the Dodgers in this division-series matchup.

Where’s the fun in that?

The accomplishment comes from the challenge.

And my, are the Dodgers a challenge.

What a victory it would be for the Giants to finally finish them off Thursday. The celebration if that happens will be unparalleled. The despair if San Francisco fails? Next-level.

But it’s those extreme emotions that let you know that you’re really living — that what’s happening is something special.

These two great teams have battled all season. The Giants stunned the baseball world when they took first place in the National League West on May 31. Then they maintained that lead over the Dodgers for all but one day (Sept. 1), finishing the season with a franchise-record number of regular-season wins and one more victory than their rivals.

Heading into Thursday’s winner-take-all showdown, both teams have 109 wins on the season.

Games like Thursday’s are the stages on which legends are created.

The legend of Madison Bumgarner was made In Game 7 of the 2014 World Series. It is what he always be remembered for doing. Pitching on two days’ rest — half of his normal allotment — Bumgarner pitched five shutout innings out of the bullpen in Kansas City to hold the Royals at bay and claim the Giants’ third title in five years.

It was one of the greatest performances in baseball history.

Dodgers lose to Braves on another walk-off single, trail NLCS 2-0

Dodgers’ next hurdle is NLCS rematch with Braves