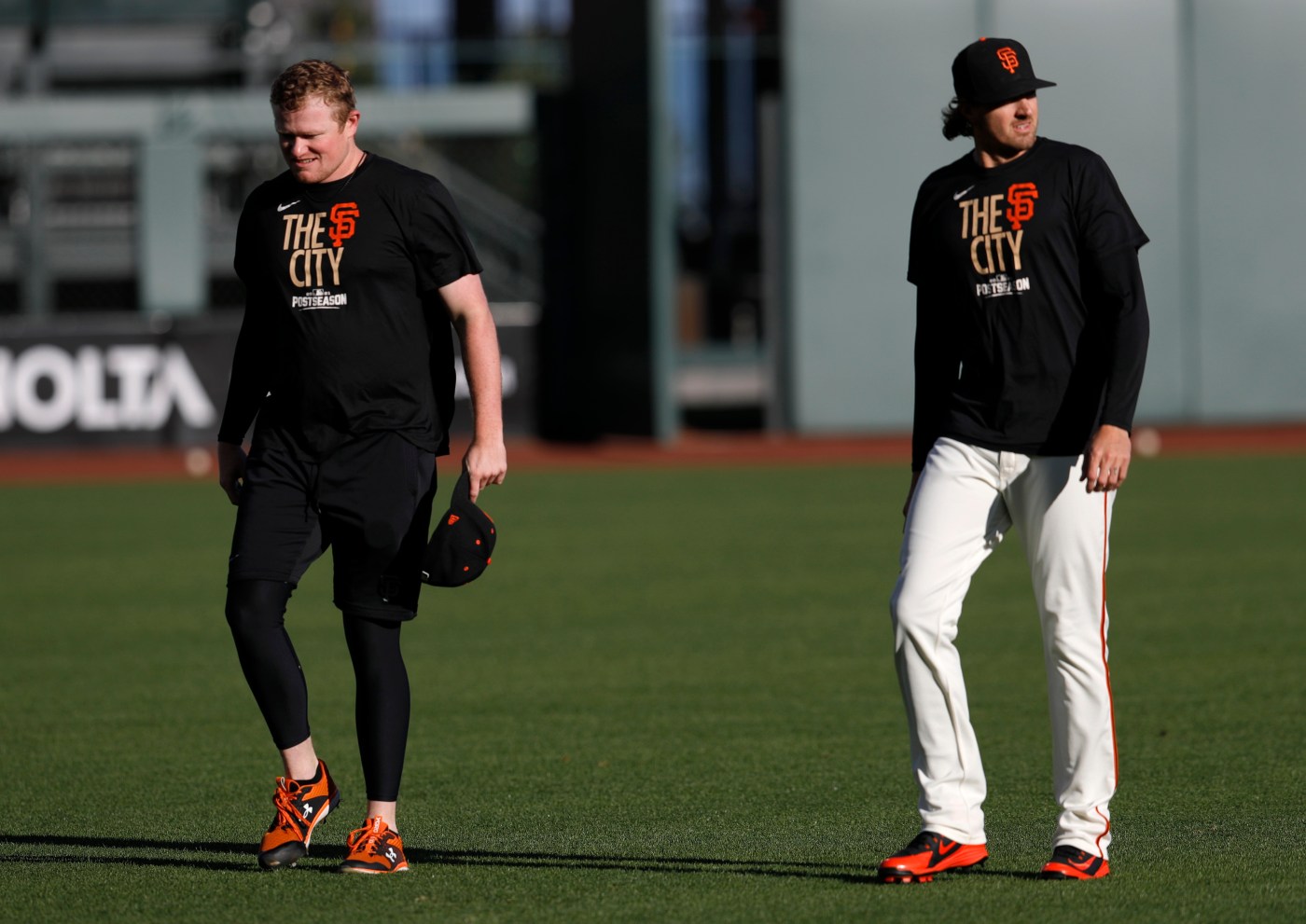 This is exactly the way the Giants drew it up.

Yes, they would have, obviously, preferred to win Game 4 and the NLDS vs. the Dodgers on Tuesday night, but the Giants head into a fifth and final game of the series in an optimal position.

On the mound to start the game is Logan Webb, his devastating three-pitch arsenal, and the three Red Bulls he drinks before each game.

Webb was marvelous in Game 1, going 7 2/3 shutout innings and striking out 10 in the process.

The Giants could have pushed Webb onto the mound Tuesday on short rest, but with a game advantage, they wanted to set up a situation where Webb pitched the biggest game of the year, and arguably the biggest game in Giants-Dodgers history, which dates back more than 130 years.

Ideally, the man who started this thing will end it.

But because it’s 2021, it’s hardly expected that Webb is going to go nine Thursday.

Kurtenbach: Underdogs? Logan Webb, the SF Giants showed the Dodgers who the best team in baseball was in Game 1

Steph Curry is rooting for SF Giants, at least until the World Series

Kurtenbach: 5 questions for SF Giants GM Scott Harris on the Dodgers, the minors, and tickets to Game 1

Webb and Kevin Gausman have a light-hearted rivalry in the Giants’ clubhouse. Both have carried the team as the squad’s best pitcher for stretches this season and the final weeks of the season were effectively auditions to be the team’s playoff-opener starter.

Webb won the job — he was one of baseball’s truly elite pitchers over the last few months. That earned him a start in a critical Game 162 and his performance in that contest made him a shoo-in for starting Game 1.

Gausman, who had a 2.81 ERA in 192 innings this season and will certainly receive Cy Young votes, was relegated to Game 2. He wasn’t stellar in that contest — a Giants’ loss — but there were moments where his stuff looked excellent.

With everything on the line and Gausman having four days rest thanks to two off, travel days in this series, the Giants’ righty is rested and available out of the bullpen Thursday.

In an ideal world for the Giants, Webb goes deep to open Game 5, hands it off to Gausman …read more

Q&A: How California’s new ban on gas-powered leaf blowers, lawn mowers and other outdoor equipment will affect you

Girl, 13, killed after being hit by car as she crossed road near roundabout

MP says threats against politicians ‘not always followed up’

Who is attending COP26?