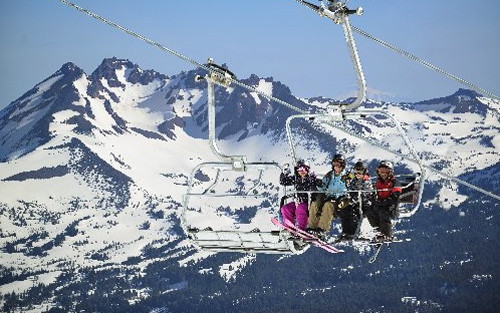 An Oregon ski area’s announcement of skip-the-line premium passes has aroused outrage and prompted a U.S. senator to ask that the plan be abandoned.

The parent company of Mt. Bachelor, near Bend, this week unveiled its Fast Tracks passes, which allow no-waiting upgrades with dynamic pricing starting at $49 a day. Holders will be able to use a “fast lane” at all but a few of the resort’s lifts, according to the announcement, which advertised a “seamless and expedited experience for skiers and riders chasing that extra vert.”

U.S. Sen. Ron Wyden, a Democrat from Oregon,  on Wednesday released a letter he had written asking the head of the parent company, POWDR, to drop the plan or “at a minimum … delay implementation until it adequately explains to the public how the Fast Tracks policy will not exacerbate equity issues that already exist in outdoor recreation.”

Bend skier Dan Cochrane told the Oregonian: “It just feels like such a slap in the face. This is clearly targeting out-of-towners and the uber-rich who have moved to town recently.”

The proposal is particularly inappropriate at Bachelor, he said, because its clientele is heavily local — many of them, like him, longtime season pass holders.

Cochrane said he started a petition on Sunday against Fast Tracks and in two days had almost 4,000 signatures.

A letter from another Bend skier to the Central Oregon weekly newspaper Source called Fast Tracks “evidence that skiing is now all about appeasing shareholders and whoever is willing to pay a bigger pricetag.” The upgrade, he said, would allow “More Fortunate Disposible-Incomers”  to “calculate to the minute the time away from their laptop.”

Making a Movie Is Hard. Making One in Space Is Insane.