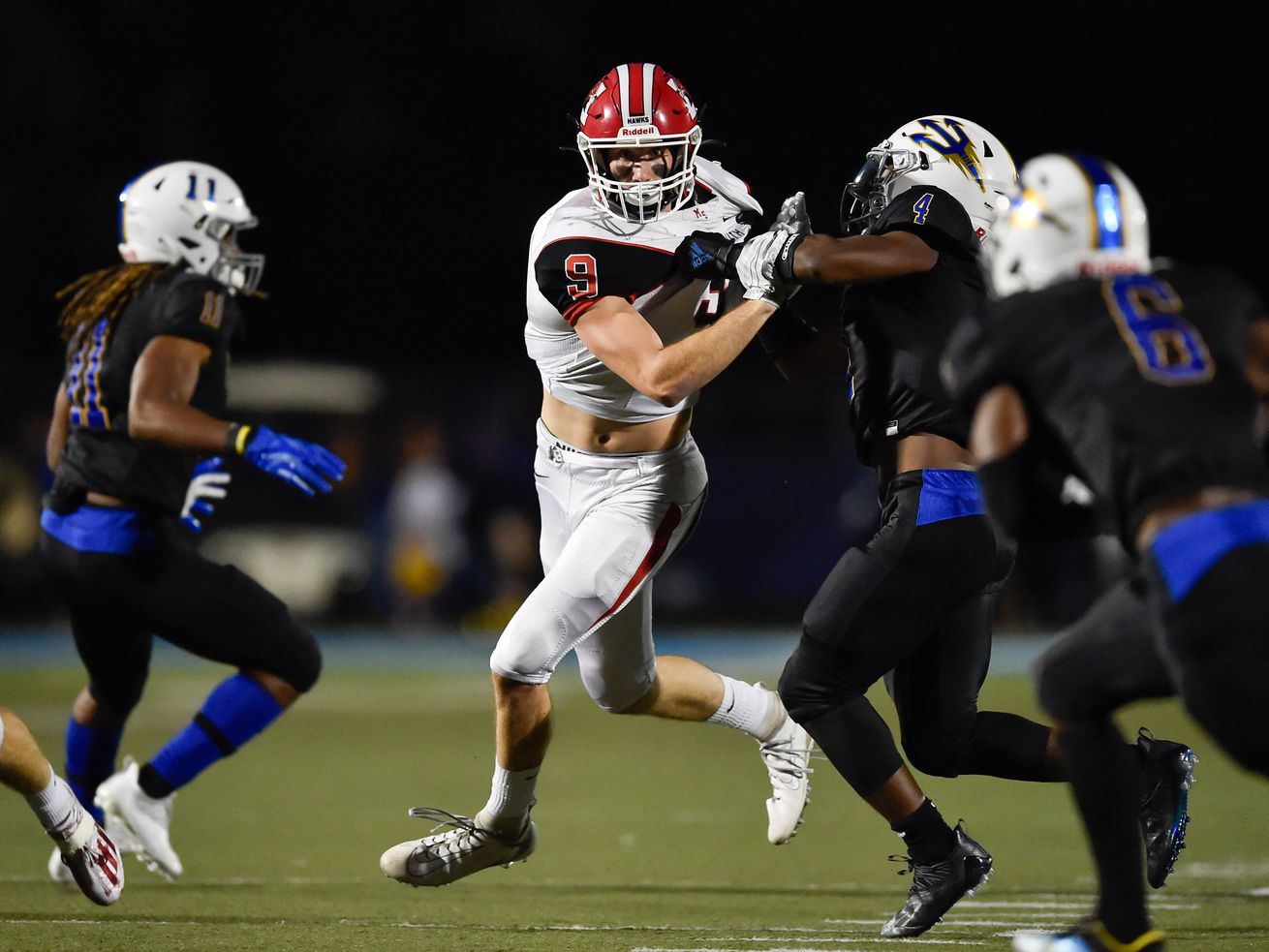 A look at this weekend’s five best games.

With just two weeks left in the regular season, conference races are sorting themselves out. One is the Mid-Suburban East, where the winner here clinches a share of the title. Prospect (6-1, 3-0) has one of the league’s best defenders in end/linebacker Ben Sahakian and a productive junior quarterback in junior Frank Covey, who threw for 216 yards last week against Elk Grove. Hersey (7-0, 3-0) has had only one close game all season, a 31-24 victory over Palatine in Week 2. The Huskies have been dominant despite losing their best player, senior running back/receiver Ben Clawson, with a broken right ankle in Week 3. Quarterback Jimmy Makuh has stepped up to help keep the offense rolling along.

This is another game where the winner earns a share of a conference title. Maine South (7-1, 3-0) has ruled the Central Suburban South this century with 21 straight league titles and counting. The Hawks’ calling card has been a defense whose signature effort was holding fellow Class 8A state hopeful Warren without an offensive score in a 10-2 win. Northwestern-bound tight end Chris Petrucci, quarterback Rowan Keefe and running back Mike Sajenko also are capable playmakers on offense. Evanston (5-2, 3-0) had some hiccups en route to a 1-2 start but has been rolling since North Carolina-bound linebacker Sebastian Cheeks returned to the lineup after an injury layoff. The Wildkits’ next big-time recruit will be junior lineman Gabe Roseb, a 6-7, 340-pounder with a 6-11 wingspan.

Lockport (7-0, 3-0 Southwest Suburban Blue) has lost 16 straight in this series since a 38-14 win in 2004. But the Porters are having a breakout season. Lockport has four shutouts and has allowed just 33 points all season with a defensive line anchored by the Eastern Illinois-bound Silzer twins, Cody and Cole, and defending state wrestling champ Andrew Blackburn-Forest. Quarterback Hayden Timosciek, an imposing presence at 6-7 and 232 pounds, has passed for 1,382 yards and 14 touchdowns with no interceptions. Lincoln-Way East (5-2, 2-1) is younger than usual, but remains one of the state’s premier programs. Quarterback Brennan Stolarek threw for 198 yards and three touchdowns last week against Homewood-Flossmoor, with one of the scores going to Central Michigan recruit Jack Tremblay.

With losses to still-unbeaten Neuqua Valley and Batavia before a forfeit win over Joliet Central, Oswego (5-2, 3-0 Southwest Prairie West) didn’t get its first victory on the field till Week 4. But the Panthers have been rolling since and have one of the state’s top juniors in 6-6 tight end Deakon Tonielli, whose seven offers include Tennessee and Michigan. Tonielli stepped in at quarterback in last week’s win over West Aurora when the Panthers’ top two QBs were sidelined …read more

One killed in 170 Freeway crash in Sun Valley