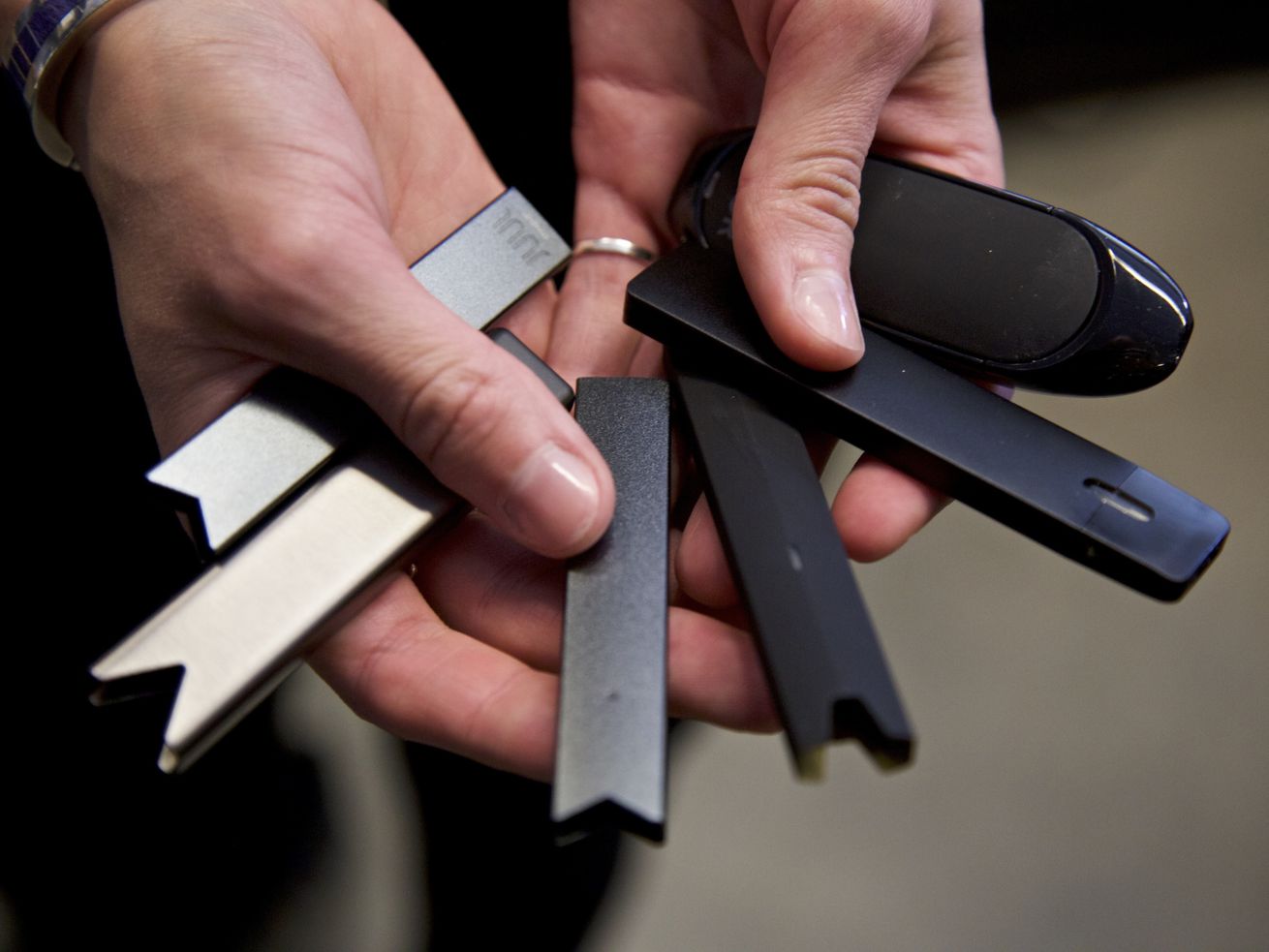 A researcher holds vape pens in a laboratory in Portland, Ore., in this April 16, 2019, file photo. | Craig Mitchelldyer, Associated Press

Utah public health officials fear the U.S. Food and Drug Administration’s first-ever authorization of an electronic cigarette to help curb tobacco addiction may be seen as a green light to use vaping products, especially by young people.

“I think the most dangerous thing that could arise out of this is the public misconstruing this as e-cigarettes are something that is safe,” said Ryan Bartlett, spokesman for Utah Department of Health’s tobacco prevention and control program.

Bartlett said the federal agency’s decision Tuesday to authorize the marketing of R.J. Reynolds’ Vuse Solo e-cigarette and accompanying tobacco-flavored nicotine cartridges “doesn’t mean that this is safe. All tobacco products are still dangerous. This one has just been shown to be a little less dangerous” than a regular cigarette.

He said the state health department is considering new messaging aimed at middle- and high-school-aged Utahns to make sure they understand the decision is not “a green light to go buy vape products” as part of an ongoing $500,000 vaping cessation campaign.

Self-reported data to the state health department in 2020 found the rate of use of e-cigarettes more than doubled between middle and high school, with about a third of high school seniors saying they had tried vaping and just over 15% of those 16 and 17 years old saying they regularly used the products.

“When it comes to e-cigarettes, we’re most concerned about youth, people who are in high school, middle school and even into the young adult range,” Bartlett said. “Because that’s the age where if you start using this, there’s a fairly good chance you’re going to use for the rest of your life.”

In a news release, the FDA cited data showing the company’s “tobacco-flavored products could benefit addicted adult smokers who switch to these products — either completely or with a significant reduction in cigarette consumption — by reducing their exposure to harmful chemicals.”.

Ten other requests from the company for flavored products were rejected, the news release said, referring to the appeal of “flavors such as fruit, candy or mint” to young, first-time users according to a study. The rejected flavors weren’t identified, but the agency is still reviewing a menthol-flavored nicotine product for the Vuse Solo.

Todd Hillhouse, the former director of the neuroscience program at Weber State University in Ogden and now a psychology professor at the University of Wisconsin-Green Bay, said the federal agency appears to be trying to limit the product’s attractiveness to young people.

“I think the FDA is doing this right,” Hillhouse said, noting …read more

Dale Earnhardt Jr. Not Surprised NASCAR Didn’t Black-Flag Chase Elliott at Roval; Calls Out Organization for Inconsistent Rulings: ‘Don’t Even Try to Make Sense of It. I Quit a Long Time Ago’

SF Giants make it clear: Buster Posey will be a centerpiece of 2022 team if he wants to be

Not All IATSE Members Will Be on Strike, but They All Want to Shut Down Hollywood

Down 352,000 jobs, California restaurant owners look for a lifeline