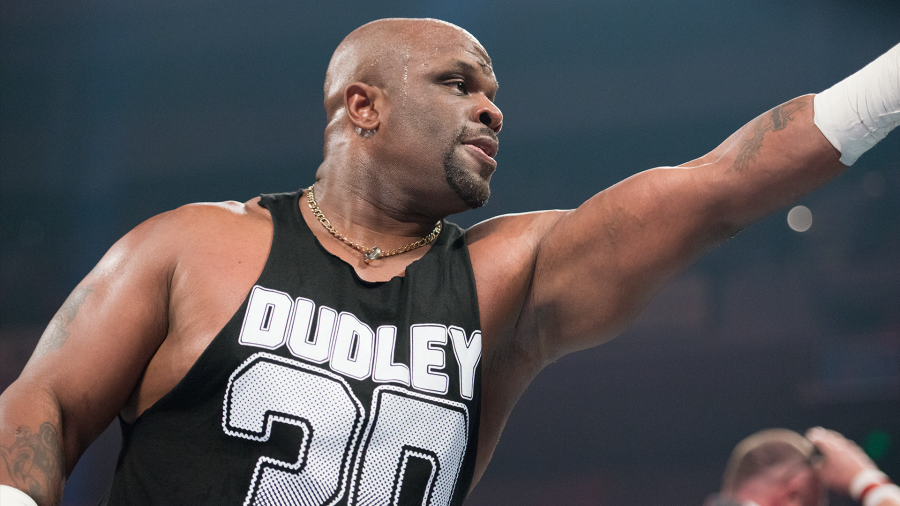 D-Von has given his outlook on the situation (Picture: WWE)

D-Von Dudley has given his views on why he and Bully Ray don’t ‘do business’ together anymore.

The legendary Dudley Boyz tag team, who have held championships around the world and were major players in WWE’s beloved Attitude Era, haven’t paired up since 2016 and D-Von has claimed the pair had a different stance on their position in the modern era.

‘Bubba decided during that 2016 run that the Dudley Boys were not being treated fair in terms of the position we were in. And I get it to a certain degree but you have to understand, the Attitude Era was gone,’ he told The Cut Pro Wrestling Podcast.

‘I’m not coming back to WWE to relive the Attitude Era. In my opinion and my opinion only, in terms of between the both of us, I didn’t feel that way, like he felt.

‘Like they were messing up the legacy that we chose. A title doesn’t mean anything at this point and stage of the game when you’ve won 24 already.’

The duo were offered a contract after their last WWE run, with Bully Ray apparently wanting to break away from the Dudleyz and focus on his solo character.

D-Von – who now works for WWE as a producer behind the scenes after signing a fresh deal, while Bully moved on – added: ‘I wish him nothing but the best. We do not do business anymore.

‘There’s no hard feelings and I don’t have any animosity towards him. It’s just he’s doing his thing and I’m doing my thing. Bubba and I are not at odds with each other. We don’t hate one another. We just went different ways like most tag teams do.’

Everything we know about 1000lb Sisters season three

He insisted the pair simply went their ‘separate ways’ after the disagreeing on the contract offer, and moved on with their respective careers.

‘We just had a difference of opinions at that time and we went our separate ways,’ he said.

The Larkins: Who’s who in the cast and how to watch The Darling Buds of May reboot

Murder Island: Who is the killer? Suspects, theories, and clues so far

How old is William Shatner and when is he going to space?