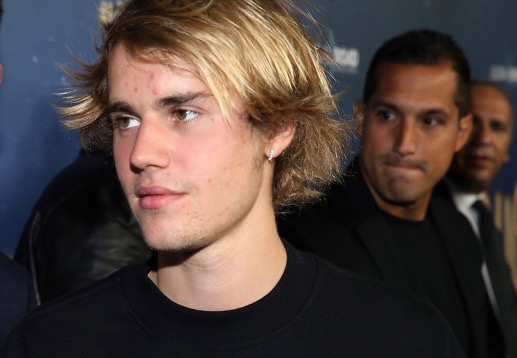 It’s hard to understand why Justin Bieber ever agreed to headline a Dec. 5 concert in Saudi Arabia, which human rights activists say will help “restore the reputation” of a leader, Crown Prince Mohammed bin Salman, and a regime “that kills its critics,” including slain journalist Jamal Khashoggi.

Bieber, or his people, should have remembered that Nicki Minaj knew that performing in Saudi Arabia was highly objectionable and famously backed out of a concert there in 2019. It’s also hard to understand why someone didn’t brief Bieber on the fact that the Biden administration released a U.S. intelligence report in February implicating bin Salman in Khashoggi’s 2018 murder in Istanbul.

Bieber inexplicably agreed to the performance, and now he’s is facing international outcry on social media, from human rights groups and from Khashoggi’s fiancée, Hatice Cengiz.

You’d think he’d have enough good sense and feeling of revulsion to make that decision on his own. What’s he thinking?

Cengiz penned an open letter in the Washington Post Saturday, urging the pop singer to cancel his concert.

“Do not sing for the murderers of my beloved Jamal,” Cengiz wrote. “Please speak out and condemn his killer, Mohammed bin Salman. Your voice will be heard by millions.”

Cengiz said it’s likely that Bieber received a personal invitation from bin Salman himself because “nothing of significance” happens in Saudi Arabia without his consent. “This is a unique opportunity to send a powerful message to the world that your name and talent will not be used to restore the reputation of a regime that kills its critics,” Cengiz added.

Bieber, who is Canadian, is among a group of artists scheduled to perform as Saudi Arabia hosts the Formula One Saudi Arabian Grand Prix in Jeddah, CNN and other outlets reported. The other artists include ASAP Rocky, David Guetta and Jason Derulo.

Ads decrying Bieber’s performance were posted on billboards in Los Angeles this week, TMZ reported. The ads also were displayed on the side of a truck that drove around downtown Los Angeles and one point was parked outside the Microsoft Theater, where the American Music Awards took place Sunday night.

Human Rights Watch also voiced opposition to Bieber’s participation in the “reputation-laundering” event, saying that “Saudi Arabia has a history of using celebrities and major international events to deflect scrutiny from its pervasive abuses,” CNN reported.

Khashoggi, a Saudi-born U.S. resident who wrote opinion columns for the Washington Post critical of the Saudi crown prince, was killed and dismembered in the Saudi consulate in Istanbul in October 2018. Khashoggi had gone to the consulate to pick up documents for his upcoming wedding to Cengiz.

The US intelligence report released in February found that bin Salman approved the operation, CNN reported. The Saudi Foreign Ministry in turn released a statement saying it “completely rejects the negative, false and unacceptable assessment in the report pertaining to the Kingdom’s leadership.”

Whatever the Saudi government says, Bieber might consider Minaj’s example. In July 2019,