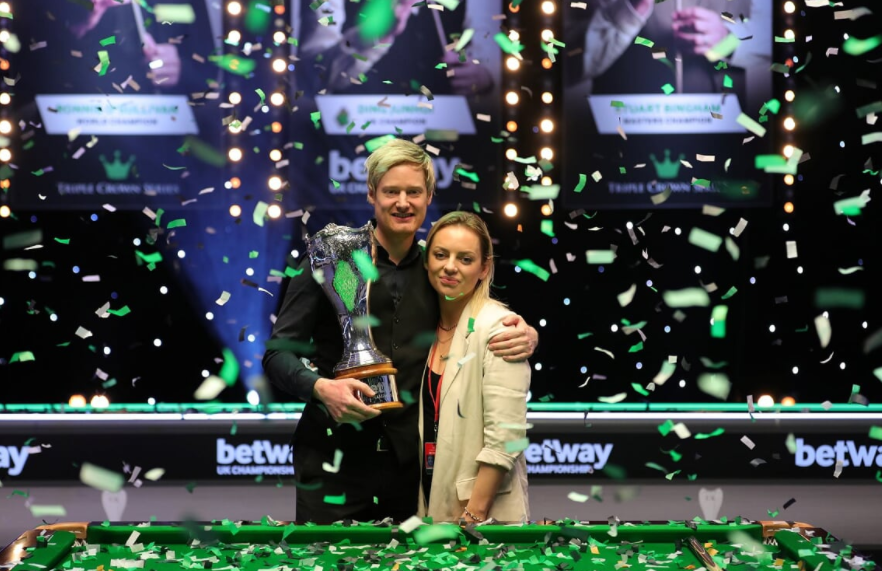 Neil Robertson will be in York to defend his title (Picture: WST)

There have been some memorable moments already this season but the biggest event of the campaign gets underway this week as the UK Championship begins on Tuesday.

The best players return to the Barbican in York this year after the UK moved to Milton Keynes last season.

Judd Trump will be going in with plenty of momentum after winning the Champion of Champions on Sunday night, but he will have to overcome the demons of last year’s final when he lost an epic contest to Neil Robertson.

The Aussie won the event for a third time in the most dramatic fashion and is back as one of the favourites to win it again, along with the likes of Trump, John Higgins, Mark Selby and Ronnie O’Sullivan.

Eurosport will be covering the event throughout, from the start on 2pm on Tuesday 23 November, with BBC coverage starting on Saturday 27 November with the second round.

Eurosport will be showing the action on Eurosport 1 and Eurosport Player, with BBC coverage available here.

Ronnie O’Sullivan philosophical after Judd Trump questions his self belief

Packers Injury Update: Rashan Gary Will Tilt the Scales Against the Rams

Trevor Lawrence’s Postgame Comments After Getting Humiliated by the 49ers Should Have Jaguars Fans on Edge: ‘We Got Our Butt Kicked’