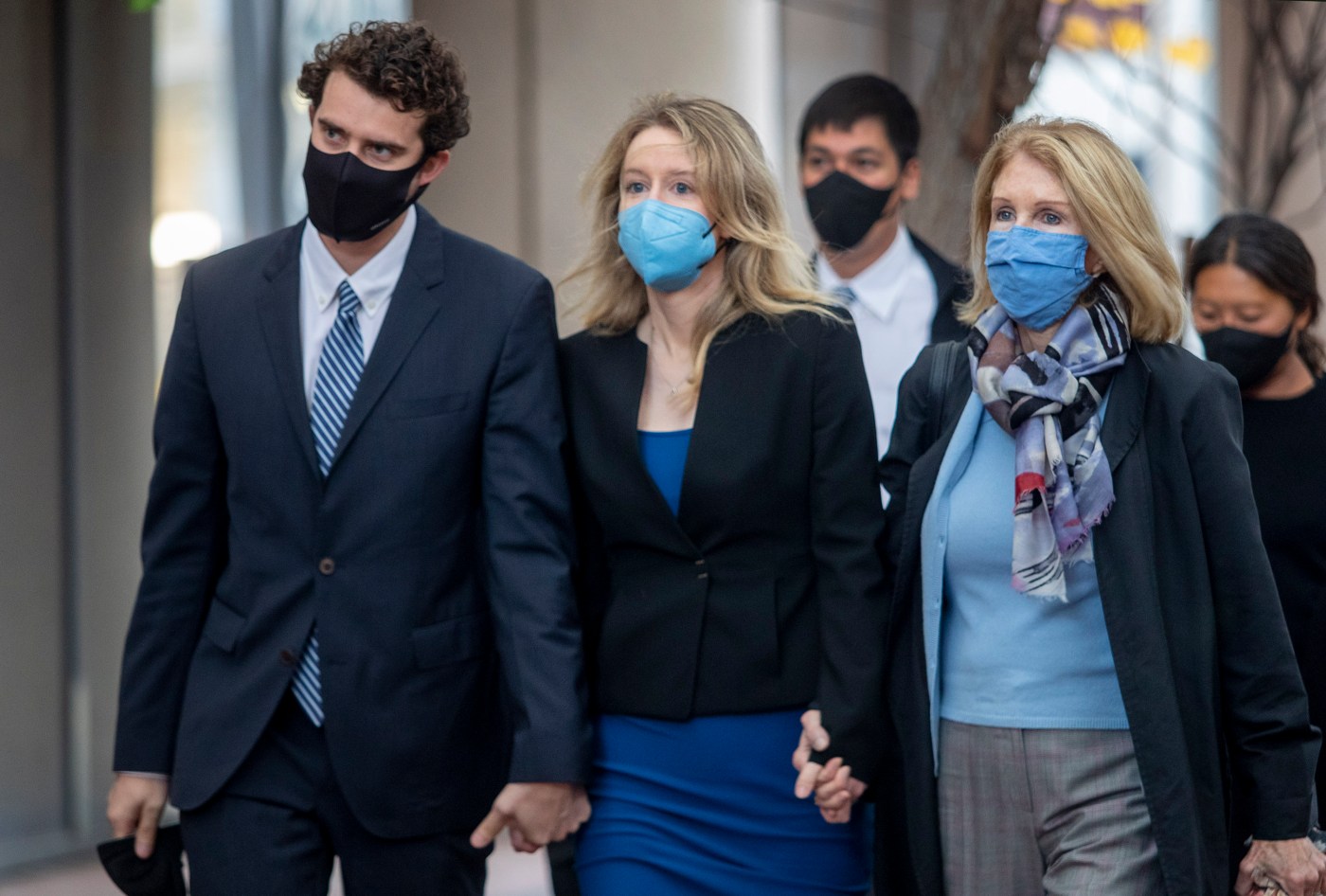 In her third day defending herself on the witness stand against criminal fraud charges, Theranos founder Elizabeth Holmes testified that she was responsible for putting logos from pharmaceutical companies on Theranos reports without authorization, telling jurors, ‘”I wish I had done it differently.”

The pilfered logos from pharma giants Pfizer and Schering-Plough, slapped onto Theranos reports lauding its own blood-testing technology, are among the most damaging evidence against Holmes that the jury has seen. Jurors have heard that Holmes distributed the reports to investors, as well as executives from Walgreens as Theranos was developing a partnership with the drugstore chain.

Holmes told the jury she put the logos on the Theranos reports because “this work was done in partnership with those companies and I was trying to convey that.”

Representatives from both companies previously testified that they disagreed with the reports’ glowing conclusions about Theranos, and had found Holmes “evasive” when asked questions about her startup’s technology.

Holmes lawyer Kevin Downey noted that witnesses had testified that they believed the Pfizer and Schering-Plough logos meant those companies had produced the reports. Holmes said she put the logos on just before she sent the reports to executives at Walgreens, and claimed she did not intend the logos to give the impression the reports were done by the pharma companies.

Holmes, who founded the Palo Alto blood-testing startup at age 19 in 2003, is charged with allegedly bilking investors out of hundreds of millions of dollars, and defrauding patients with false claims that the company’s machines could conduct a full range of tests using just a few drops of blood. She and her co-accused, former company president Sunny Balwani, have denied the allegations. Balwani is to be tried next year.

Holmes’ testimony is continuing Tuesday in U.S. District Court in San Jose. The case has attracted massive media attention, with TV news crews and newspaper, radio and online reporters getting in line outside the courthouse starting as early as 2 a.m. The biggest question hanging over Holmes’ testimony is whether she will attempt to blame Balwani, her former lover, for the alleged fraud. She has in court filings accused him of coercing, controlling and abusing her, and she has put on her list of potential witnesses psychologist Mindy Mechanic, who has assessed Holmes and frequently acts as an expert witness on matters of relationship violence.

Holmes, charged with 11 felony fraud counts, faces maximum penalties of 20 years in prison and a $2.75 million fine if convicted, plus possible restitution, the Department of Justice has said.

Hawkeye: What time is Marvel show being released on Disney Plus and how many episodes are there?

EXPLAINER: What we know and don’t know about omicron variant