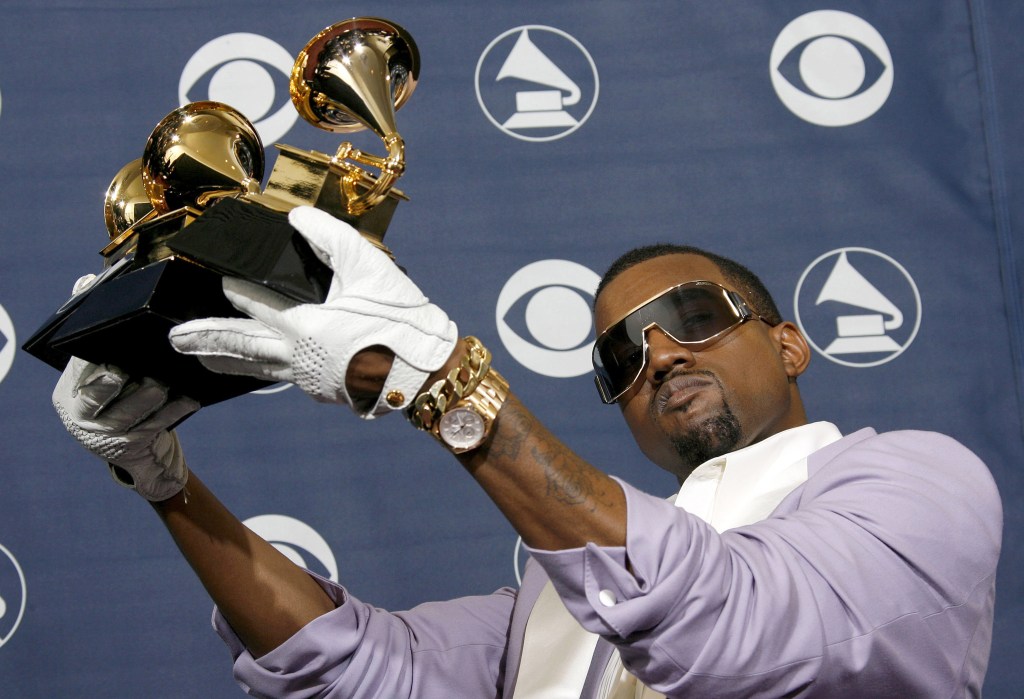 Kanye West has earned several nods at this year’s Grammys (Picture: WireImage for The Recording Academy)

The Grammy 2022 nominations have been announced and it’s safe to say, the competition is piping hot.

Recording Academy CEO Harvey Mason Jr. and Board of Trustees Chair Tammy Hurt did the honours of announcing the new list of nominees on Tuesday live from the Grammy Museum in Los Angeles.

Hoping to scoop the coveted album of the year is Jon Bastiste’s We Are, Tony Bennett and Lady Gaga’s Love For Sale, Justin Bieber’s Justice, Doja Cat’s Planet Her, Billie Eilish’s Happier Than Ever, H.E.R.’s Back Of My Mind, Lil Nas X’s Montero, Olivia Rodrigo’s Sour, Taylor Swift’s Evermore and Kanye West’s Donda.

Up for song of the year are: Ed Sheeran with Bad Habits, Olivia Rodrigo’s Drivers License, Doja Cat’s Kiss Me More, H.E.R.’s Fight For You, Lil Nas X’s Montero (Call Me By Your Name), Justin Bieber’s Peaches and Brandi Carlile’s Right On Time and Alicia Keys’s A Beautiful Noise featuring Brandi Carlile.

Competing for best rap album are J Cole with The Off-Season, Drake’s Certified Lover Boy, Drake’s Donda, Nas’ King’s Disease II and Tyler, the Creator with Call Me If You Get Lost.

Pre-empting any backlash over the snubs and surprised, Mason Jr had warned: ‘Some will be extremely happy, and some not so much.’

For the first time, the Grammys has expanded the number of nominees in the core categories from eight to 10, including album of the year and song of the year.

It was previously revealed that a staggering total of 21,730 eligible entries were submitted for Grammys consideration, while more than 11,000 Recording Academy voting members — creators across all genres and disciplines — vote during the Grammys process.

Taylor Swift’s record label had recently announced her re-recorded albums would not be submitted for consideration.

LeBron James’ 1-Game Suspension Hurts the Lakers but Surprisingly Gives Them a $532,508 Benefit Off the Court