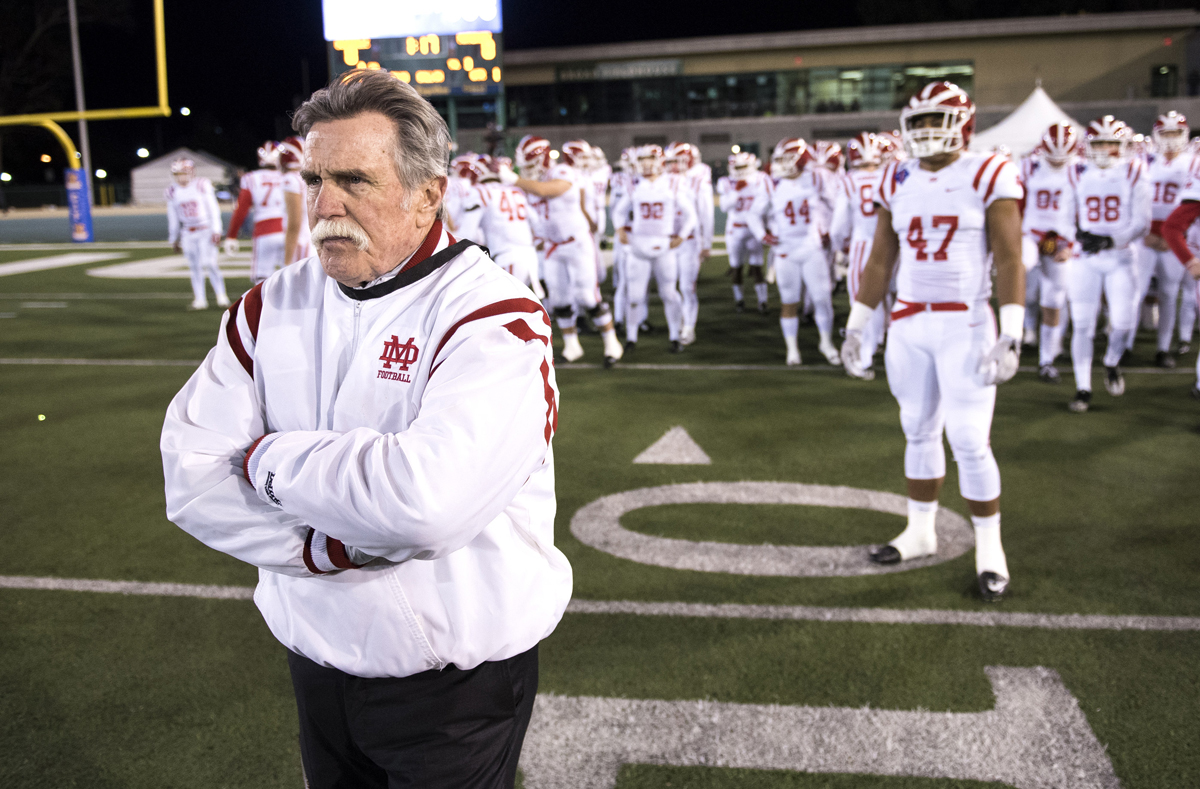 The shout from a Mater Dei High School football player alerted his teammates to two players about to square off in the school’s freshman locker room for Bodies, an initiation or hazing ritual where players punch each other in the torso between the hips and shoulders until one of them surrenders.

On this afternoon, prior to a Mater Dei practice in February, one of the participants, 5-foot-9, 175 pounds and a newcomer to the team, paced uneasily, shirtless, a chain with a crucifix dangling around his neck, while his opponent, more than 50 pounds heavier, moved from side to side in a narrow area near the room’s red lockers.

“Got the timer right here, guy,” a player can be heard yelling over laughter on a video of the incident. “Ready, three, two, one, go.”

And with that, the two players began punching each other in a fight that eventually moved to the varsity locker room where they continued to brawl beneath “COURAGE, PRIDE, POISE” painted in large letters on the walls as some Mater Dei players shouted racial epithets while others sat at their lockers not even paying attention to the altercation.

The fight would leave the smaller player with a traumatic brain injury, two gashes over his right eye, one over his left and a broken nose that would require surgery, the results of a series of blows to the head that would prompt a Santa Ana Police Department investigator to recommend the Orange County District Attorney’s juvenile office file felony battery charges against the other player, according to a police report reviewed by the Southern California News Group.

Four police reports, surgeon’s reports and other medical records, Mater Dei emails, letters, forms, records and memos, as well court filings, interviews and two videos of the altercation obtained or reviewed by SCNG also raise questions about the culture within one of the nation’s preeminent high school football programs.

“If I had a hundred dollars for every time these kids played Bodies or Slappies, I’d be a millionaire,” Mater Dei head football coach Bruce Rollinson told the injured player’s father the day after the altercation, according to a court filing.

During the same conversation, Rollinson told the parent that he was in a “bind” in terms of disciplining the other player because he said his father was one of the team’s volunteer coaches. The coach is not listed on Mater Dei’s website as a member of the school’s coaching staff but is a private coach who has tutored several players who have attended Mater Dei. He has also posted on social media a series of videos from the midst of Mater Dei pregame drills this season.

The injured student, identified in this report as Player 1, eventually withdrew from Mater Dei and continues to have issues related to his brain injury, according to records and interviews. The other student, Player 2, continues to play for an undefeated Monarchs team, that is currently ranked No.1 nationally by USA Today and plays Servite for the CIF Southern Section …read more

‘Hanna’ Season 3 Review: The Story of a Young Super-Assassin Ends Like It Started

Peter Jackson Takes Us Inside the Beatles’ Earth-Shattering Divorce