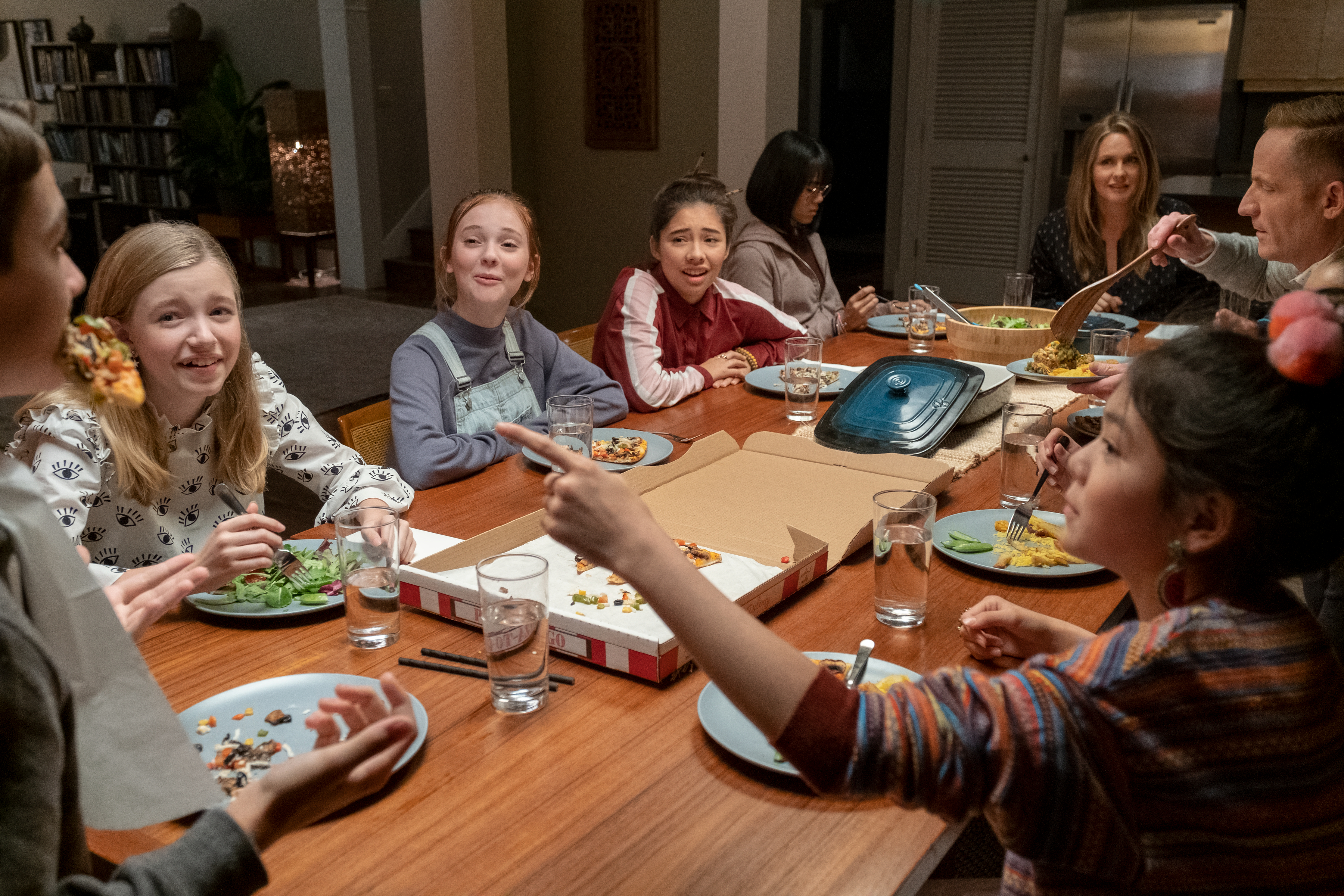 Shukert was eight years old when she got her first “The Baby-Sitters Club” book as a gift from a classmate. She remembers that it was “The Ghost at Dawn’s House,” the ninth installment in author Ann M. Martin’s wildly popular Scholastic children’s series about a diverse group of pre-teens and teenage friends who start a babysitting service in the fictional town of Stoneybrook, Connecticut.

The book left its mark: These days, Shukert is the creator, showrunner and executive producer of Netflix’s “The Baby-Sitter’s Club” streaming series, but at the time, she was unaware of the mania surrounding the series, which got started in 1986, and set it aside until she’d run out of other books to read.

“I picked it up like, ‘Oh, I guess I’ll give this a shot,’” Shukert recalled during a recent phone interview from her home in Los Angeles. “I was immediately hooked. I felt like I had known these girls, the babysitters, my whole life and I wanted so much to be a part of Stoneybrook. I had to go back and read books one through eight and all of a sudden it was like everyone was reading them at the same time — like they hit my class in critical mass.”

Traffic management, in a roundabout way

Shukert, who grew up in Nebraska before moving to attend New York University, went on to write the memoirs “Everything is Going to Be Great” and “Have You No Shame?” and several novels. After moving to Los Angeles to work as a screenwriter, she’s worked on shows like “Glow” and “Supergirl.” And now she oversees “The Baby-Sitters Club” on Netflix, which just premiered its second season in October.

While the books were written in the mid-’80s and continued to be published through 2000 (with ghostwriters taking over after Martin wrote the first 35 books in the series), Shukert saw the potential and opportunity to reintroduce these characters to a new generation.

A scene from “The Baby-Sitters Club” television on Netflix created by Los Angeles-based author and screenwriter Rachel Shukert who also serves as the series showrunner and executive producer. The show is based on the popular children’s book series of the same title, written by Ann M. Martin. (Photo by Kailey Schwerman, Netflix)

Los Angeles-based author and screenwriter Rachel Shukert is the creator, showrunner and executive producer of the Netflix series “The Baby-Sitters Club,” based on the popular Scholastic children’s book series of the same title, written by Ann M. Martin. Shukert grew up reading the series in the mid-’80s. (Photo courtesy of Netflix)

Hayao Miyazaki Stays Dedicated to Hand-Drawing: ‘I Believe the Tool of an Animator Is the Pencil’

‘Don’t Look Up’ Has DiCaprio and Lawrence Star Power, but Is It Too Funny for Oscars?