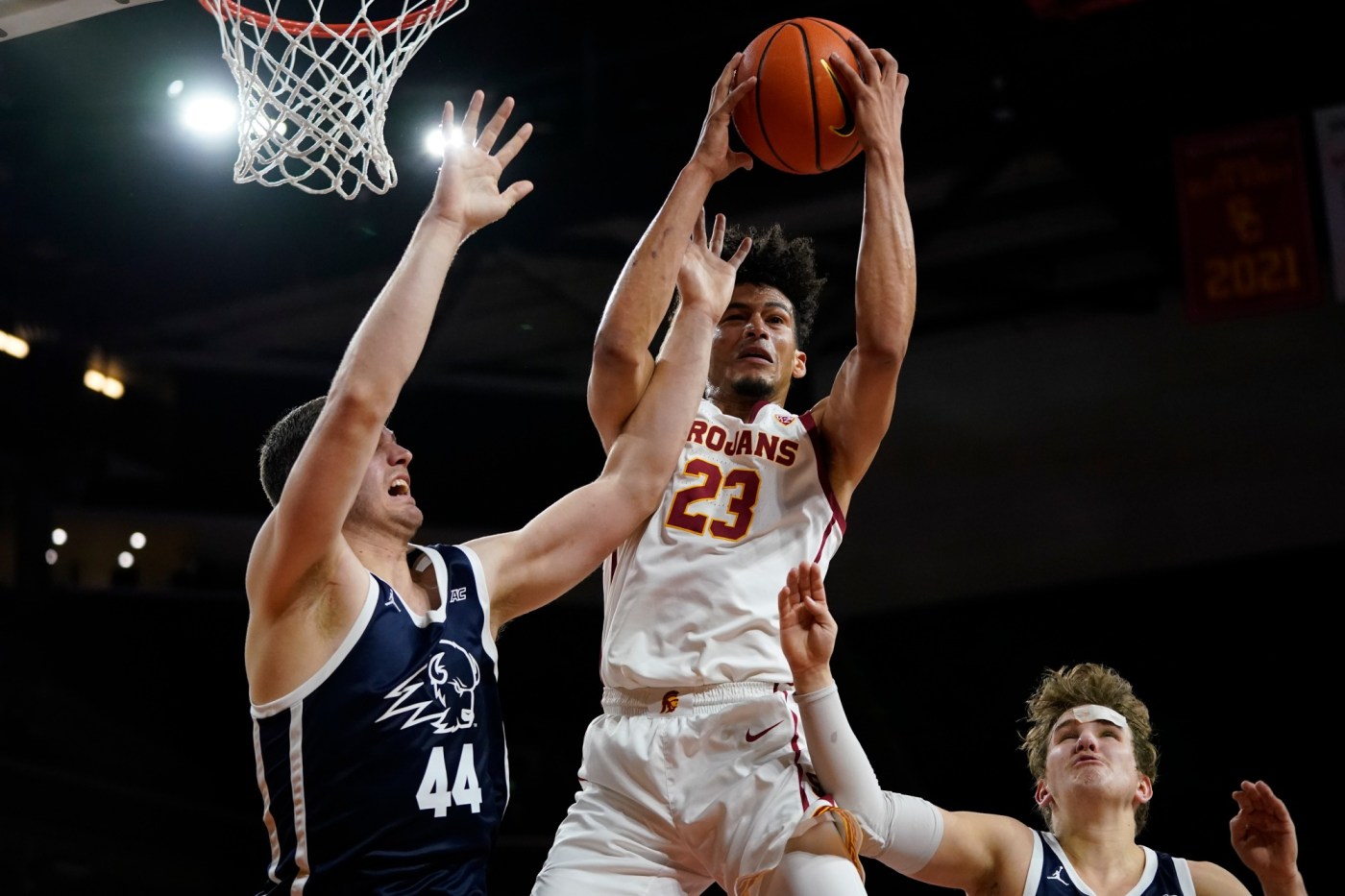 Ellis assisted on a pair of 3-pointers within the first three minutes of the game – the first by Ethan Anderson and the second by Isaiah Mobley – as the Trojans sprinted to a 13-2 lead.

Anderson threw down the first dunk of the game minutes later, then Ellis followed with a dunk of his own and a jumper to extend the Trojans’ lead to 19-5.

While USC applied pressure in the paint on defense throughout the first half, its offense was 20 for 34, including a 6-for-16 mark from 3-point range.

Reese Dixon-Waters hit a 3-pointer to push the score to 22-5, then after two USC misses, hit another with less than 10 minutes left in the half. USC led the Trailblazers, 47-36 by the break.

Goodwin rebounded a missed 3-point attempt as Dixie State (1-4) crept within nine points a few times, but Ellis made back-to-back 3-pointers about a minute apart to build a 59-46 advantage early in the second half. USC cruised the rest of the way and eased into scoring plays. An Anderson steal led to an Ellis layup that put the Trojans up by 28 points with 7:52 left.

The win marks the first of three games in five days for USC. The Trojans next face Saint Joseph’s in the four-team Wooden Legacy tournament on Thursday at the Anaheim Convention Center.

What’s next for USC football? Final home game against BYU