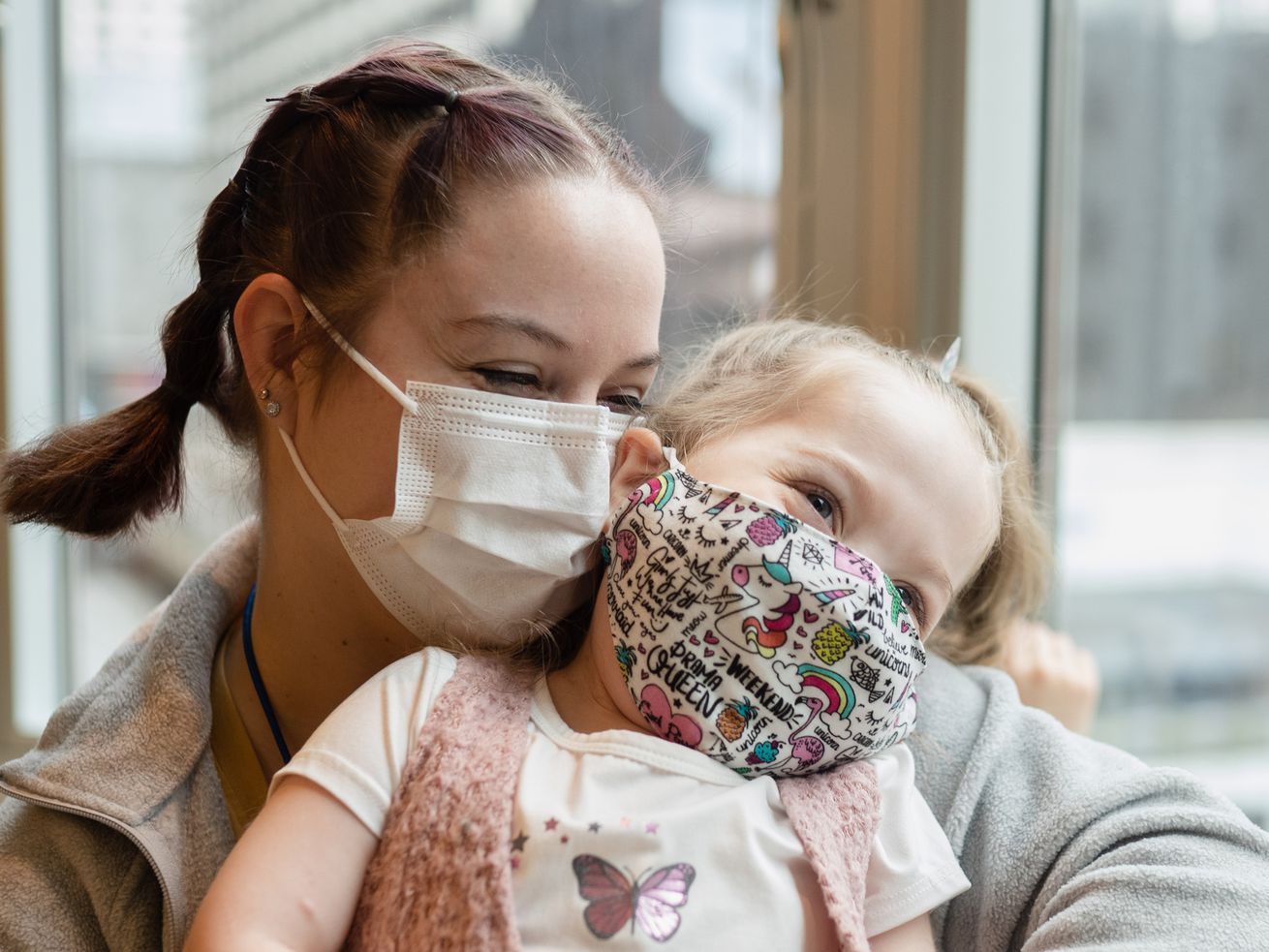 Every weekend for the past seven months, Delilah Edwards’ parents have driven from their home in Moline near the Iowa border to Chicago to see their daughter.

It’s the leaving that hurts the most.

“I don’t even know how I deal with it; I have to do it,” says Samantha Davidson, mother to the 3-year-old.

She and her husband, Ryan Edwards, have had to do it because they have two other children to care for back home and because Delilah was, until last week, a patient at Ann & Robert H. Lurie Children’s Hospital awaiting a heart transplant.

On Thursday, Delilah’s family will be especially thankful — for a team of nurses who have learned to soothe the little girl when it’s time each week for her parents to say goodbye and because, at last, she has a new heart.

This week, Delilah and her family — along with about 70 other families — will be celebrating Thanksgiving at the downtown Ronald McDonald House, free accommodation for families so that they can be near to children undergoing medical treatment. Some stay for a few days, others a year or more.

Delilah’s family expects to remain there for the next four to six weeks so that they can accompany her back to Lurie multiple times each week for checkups.

Delilah was born with an underdeveloped left side of her heart. She’s endured nine surgeries in all, in part, because some of them didn’t work.

“She really doesn’t know anything but this. So this is her normal. I think it affects us a lot more than it actually affects her,” Davidson said.

Like when her parents have to leave after spending the weekend with their daughter.

“When we do leave, we’re like, ‘Oh, we’ll be back.’ But it’s not like we’ll be back in an hour or a couple of days,” Davidson said. “The nurses do a good job of keeping her distracted for us.”

Sometimes, Davidson leaves in tears — especially if she and her husband didn’t get to spend as much time with their daughter as they would have liked.

Doctors told Delilah’s parents in February that a new heart was the little girl’s best chance for long-term survival.

“Some kids, we can keep doing surgeries. The bigger problem for Delilah was not only did she have an abnormally developed heart, but then she developed heart failure,” said Dr. Phil Thrush, medical director for Lurie’s pediatric heart failure and transplantation program

The hospital averages 25 to 30 heart transplants a year, making it one of the nation’s busiest, Thrush said.

Delilah checked into the hospital in March and then, last month, the family got word a heart was available.

Her parents tried in the most simple way to explain to Delilah what was about to happen.

Roadshow: Our Prius’ odometer topped out, and we think Toyota owes us