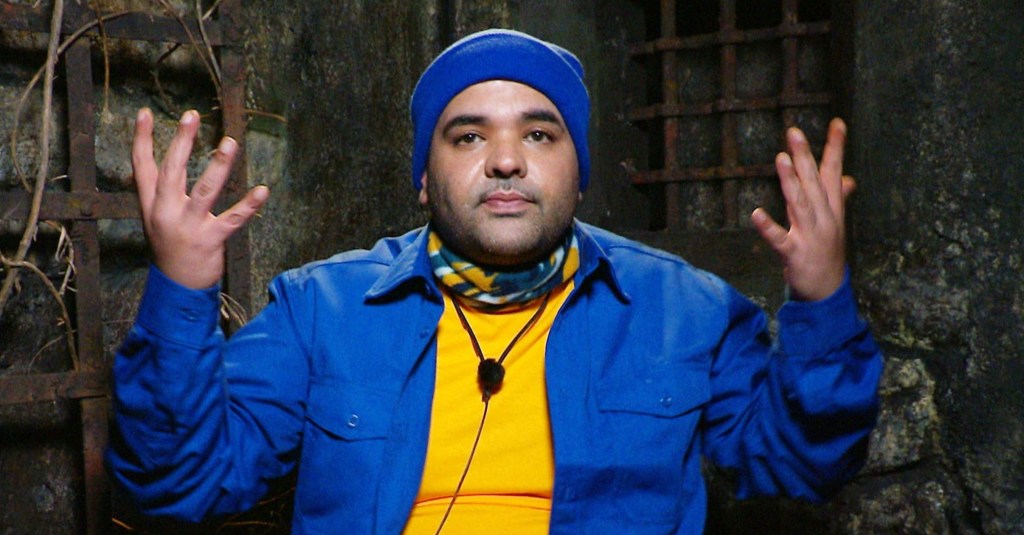 Naughty Boy revealed that he has plans to walk (Picture: ITV/REX/Shutterstock)

Fans were left shocked when Naughty Boy revealed that he is considering leaving I’m A Celebrity 2021 after just two days.

After being picked by his rival team to take part in a challenge, and subsequently losing, the rapper and music producer – whose real name is Shahid Khan – told his teammates ‘I do think my time is done’.

Choreographer and Strictly Come Dancing legend Dame Arlene Phillips also revealed that she is tempted to waltz away from the castle for good.

But are contestants allowed to leave the show, and has anyone ever quit before?

Can contestants quit I’m A Celebrity?

Yes, contestants are allowed to quit the show.

However, in doing so, they reportedly risk a hefty cut to their pay cheque.

If Naughty Boy leaves, he risks a cut to his pay cheque (Picture: ITV/REX/Shutterstock)

According to The Mirror, the stars have to stay in the jungle or the castle for 72 hours in order to receive their full pay.

This rule was highlighted in 2014, when reality star Gemma Collins claimed she had only been paid a cut of her original fee after she left the jungle after three days.

Following her exit from the show, Gemma revealed she was going to donate the £4,800 she made to Save The Children.

At the time, a spokesperson for Gemma responded released a statement saying: ‘The show is three weeks long and Gemma was in Australia for five days, therefore she will receive a percentage based on that.’

What time is Strictly on tonight and which couples remain?

It was widely reported that ITV had signed Gemma up for the show for £100,000.

They lost parents to Covid-19. Are we abandoning them?

Why gasoline prices are highest in the West