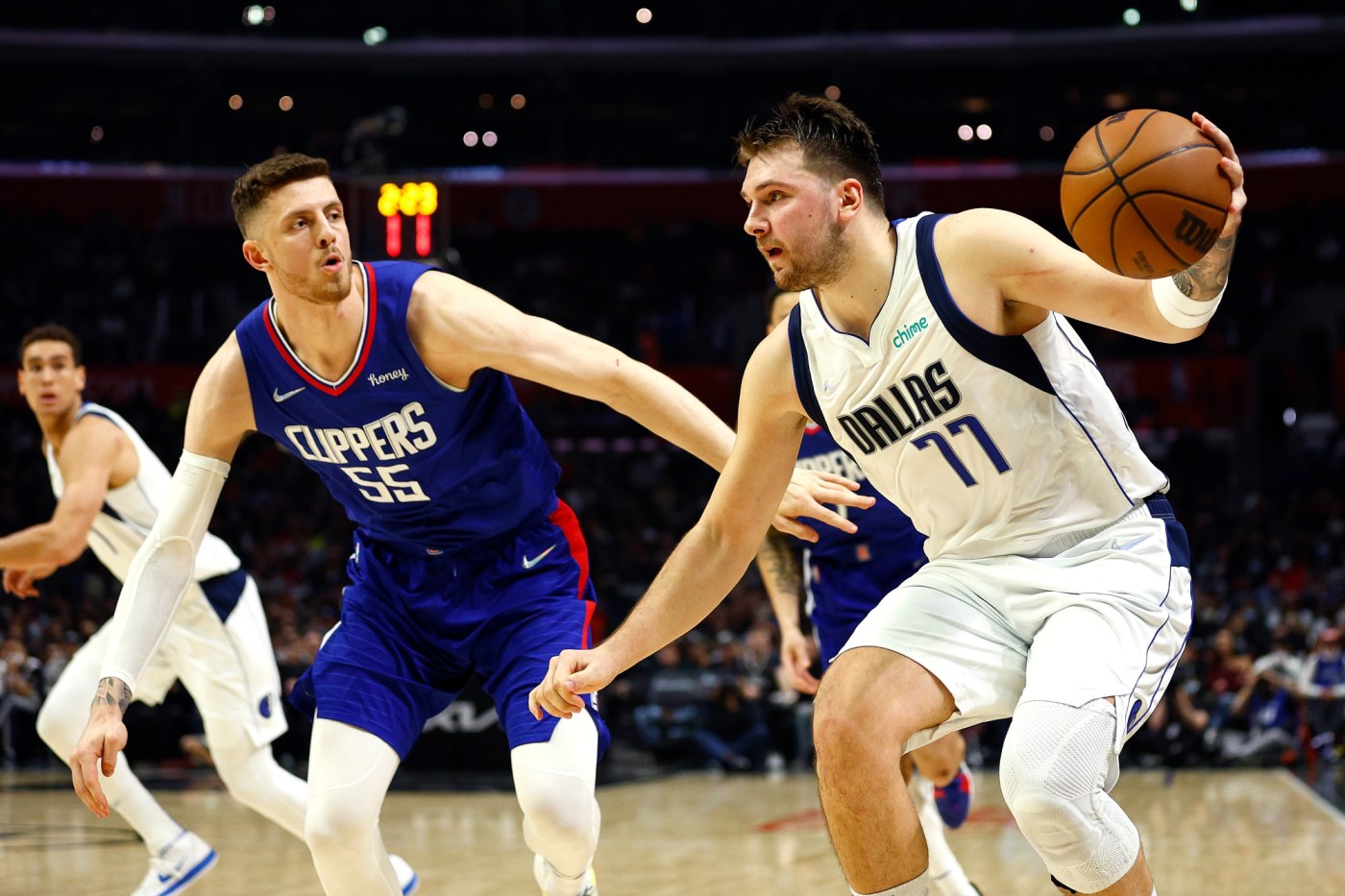 LOS ANGELES — Familiar playoff foes, the Clippers and Dallas Mavericks got together Tuesday and got Staples Center’s pulse pounding in a regular-season tilt as if there was a postseason series at stake.

Luka Doncic returned for Tuesday’s rematch to rekindle some of the teams’ recent playoff battles, leading the Mavericks to a 112-104 overtime victory that snapped their three-game losing skid without him.

The Clippers (10-8) weren’t without heroics of their own, including Paul George’s fading 3-pointer at the buzzer that punctuated regulation, sending the game to overtime tied 103-103 and sending a surge through the crowd of 17,067.

But the Clippers couldn’t muster any more fireworks, fizzling in the extra time when they were outscored 9-1 – the only point coming on a technical free throw taken by George.

Reggie Jackson had 31 points, his best total as a Clipper, on 12-of-23 shooting.

And “in his 11th year from North Philadelphia …” Marcus Morris Sr. heard his name announced among the Clippers starters for the first time in 15 games, returning to the lineup and giving the Clippers 10 points and a couple of blocked shots in his 31 minutes.

Dallas and the Clippers split this two-game set, but: To be continued with another two-game miniseries at Dallas in February.

After missing three games with a sprained left knee and ankle – all losses, including an 87-91 defeat to the Clippers on Sunday – Doncic returned to action Tuesday, wearing a white wrap on his knee and flexing his knee occasionally early on.

And then he shook it off, shook off any cobwebs and got to work, finishing with 26 points nine assists and nine rebounds – despite playing most of the second half and overtime with four fouls.

It took a half before either side really got cooking Tuesday, but in the third quarter, no one – not the Clippers nor the crowd, at whom Doncic shouted after one of his buckets – could do much to slow the dynamic 22-year-old star, who scored 14 points in the third quarter.

After going 1 for 14 from deep in the first half, the Mavericks (10-7) drilled four of their 10 second-half 3-point attempts during a pivotal 2½-minute stretch of the fourth quarter to build a 100-92 advantage with 4:14 left in regulation.

Jackson led all Clippers scorers and pulled down 10 rebounds in 42 minutes. George shot just 7 for 23 from the field and 1 for 6 from 3-point range, but he added nine rebounds and six assists.

Morris, the hard-nosed veteran forward, had missed much of the season so far with a lingering knee injury. His last game before Tuesday was the Clippers’ second of the season, a 120-114 loss to Memphis on Oct. 23.

“Just getting Marcus back into it is great for us,” Clippers coach Tyronn Lue said before tip-off Tuesday. “We know he can shoot the basketball, gives us a post presence as well, so we’re just very excited to have him back.”

Morris looked noticeably more mobile Tuesday than he had before the hiatus; he had …read more

Harriette Cole: I overheard what my father said about me

They said it: Regrets from the accused