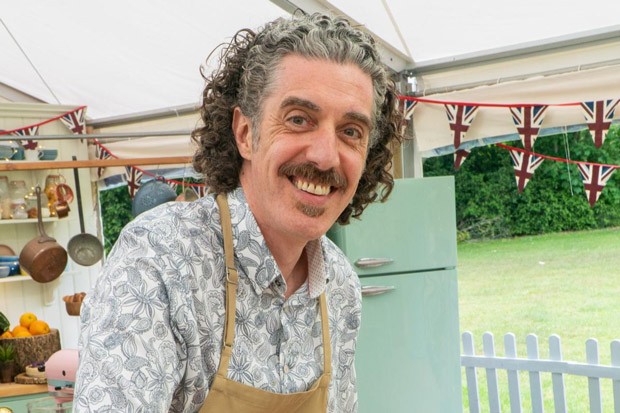 Giuseppe is this year’s Bake Off champion (Picture: Channel 4)

Great British Bake Off winner Giuseppe Dell’Anno has called his time on the Channel 4 competition show a ‘draining adventure’.

Shortly after the last episode aired, Giuseppe shared a photo of him holding his award.

‘I could have never gone through this exhilarating, but also draining adventure without the support of my wife, my fellow bakers and the constant support of the production team!’ he penned.

‘Thank you all out there, for reaching out and showering me with love! I will be forever grateful!’

The episode saw Giuseppe, Chigs, and Crystelle tasked with making exquisite carrot cakes, Belgian buns, and a showstopper dessert inspired by the Mad Hatter’s Tea Party from Alice In Wonderland.

I could have never gone through this exhilarating, but also draining adventure without the support of my wife, my fellow bakers and the constant support of the production team!
Thank you all out there, for reaching out and showering me with love! I will be forever grateful!#GBBO pic.twitter.com/tVfzNNHH4R

Judges Prue Leith and Paul Hollywood said the final was the closest yet, with each contestant having received two coveted Hollywood handshakes and two star baker awards during the series.

Giuseppe took the crown despite coming last in the final technical challenge of the series and oven issues in the showstopper.

Viewers were in tears as he took home the accolade, telling the crowd: ‘There are no words, I am speechless for once. All I can think of is the reaction from my mum and dad.

‘The fact is that everything I have done to deserve this comes from (dad’s) heritage, it’s the best thank you note I can possibly send him.’

Prue noted the influence of Giuseppe’s heritage on his baking throughout the series.

‘He is such a classic, beautiful baker and he represents a long tradition of classic Italian baking. He has done it brilliantly all the way through,’ she said.

Giuseppe, Crystelle and Chigs competed in the finale (Picture: Channel 4)

‘I am going home to make much more Italian cakes because they really are good.’

The final showstopper challenge of 2021 tasked the finalists with creating a Mad Hatter’s Tea Party display using both sweet and savoury treats, and showcasing a minimum of four baking disciplines.

Giuseppe opted for a giant tear-and-share brioche mushroom, with mango and passionfruit ‘drink me’ panna cottas, heart-shaped orange and fig muffins, and an asparagus and pea filled choux caterpillar.

More: The Great British Bake Off

What is Chigs’ real name and is the Bake Off finalist married?

Miss Manners: I was doing a good deed, so why did she give me that look?

I watched 24 Hours of Christmas Films, all for a good claus

Josh Duggar: As Final Pretrial Hearing Comes to a Close, an Acquittal Seems More Likely Than Ever

The Most Defensive Zodiac Signs, According To An Astrologer

If You’re Cheap AF, You’ll Love These 40 Great Bargain Finds For Your Home On Amazon