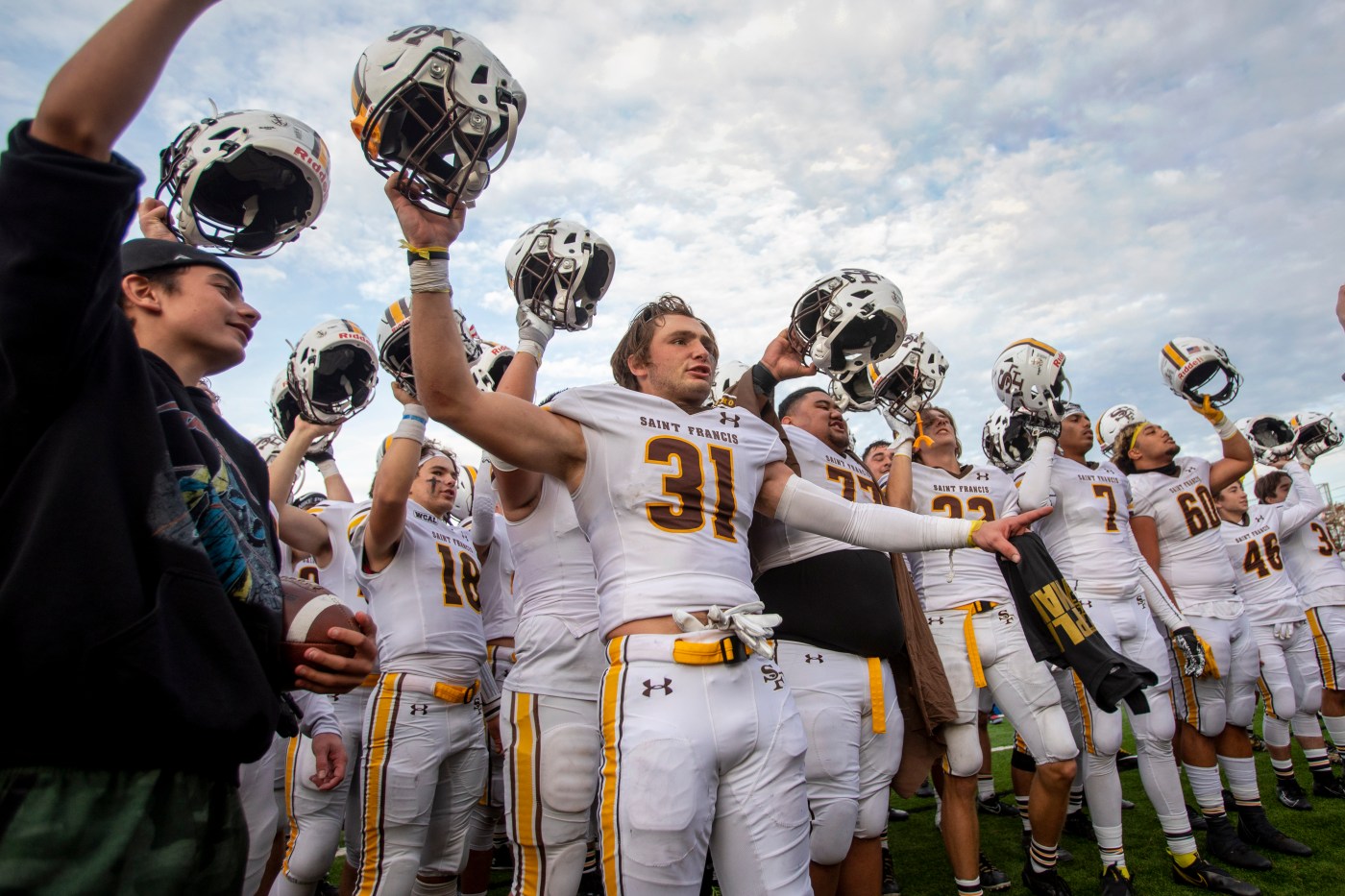 Twenty days after one of its signature victories of the season, St. Francis will try to do it again. The program with more Central Coast Section football championships than any other will aim for No. 17 when it plays Serra for the Division I title on Friday night at Westmont High.

The Lancers are undefeated and the undisputed top-ranked team in Northern California, having beaten De La Salle dramatically and historically in September and pounding Serra on Nov. 6.

Will the Serra rematch be any different?

Can Serra find a way to prevent St. Francis’ massive and dominant offensive line from opening the holes it did the first time? Can the Padres hold running back Viliami “Juju” Teu to, say, under 200 yards on Friday? The senior ran for a school-record 344 yards in 45 carries against the Padres three weeks ago.

When Serra puts more defenders near the line of scrimmage, can the cornerbacks prevent quarterback Joshua Perry from throwing successfully to receivers such as Andrew Adkison, who caught three passes for 112 yards and two touchdowns in the earlier game between the teams?

St. Francis expects a different Serra this time around.

“They’re going to be fired up to play us, and rightly so,” coach Greg Calcagno said after his team’s semifinal victory over Menlo-Atherton. “We’ve got to be better than the last time we played them because we know that they are going to be ready to go. We’ve got film against each other, so we know what we did well and what we need to work on – both sides.”

Serra played its most complete game of the season in the semifinals against Bellarmine, a 41-0 victory in which coach Patrick Walsh said the team finally found its identity.

But Walsh knows the challenge that awaits Friday. The normally accommodating coach, who is 5-0 in CCS finals, wouldn’t allow his players to speak to reporters after the semifinal victory because, well, bulletin board material is not a myth in his eyes.

“Obviously, St. Francis, they’re a different animal this year,” Walsh said. “They’ve won all sorts of different ways. They’ve got a very, very strong belief system. They’ve been prepping for this season for what feels like for years. We have a lot to overcome.

“The first game was not a contest. It was a pure tail whipping in all phases of the game. For us to have an opportunity this week, we’re going to have to get much better very quickly because they’re clearly the best team in CCS right now.”

St. Francis has been challenged twice since the Serra game, scoring 28 unanswered points in the fourth quarter to break a tie and beat Aptos 56-28 in the first round and rallying from two touchdowns behind to defeat Menlo-Atherton 49-28 in the semifinals.

Why nurturing these popular houseplants provide added benefits to gardeners

Northwestern blows out Georgia to finish third in Newark tournament

Best thing Bears can do for Justin Fields: make offense functional without him