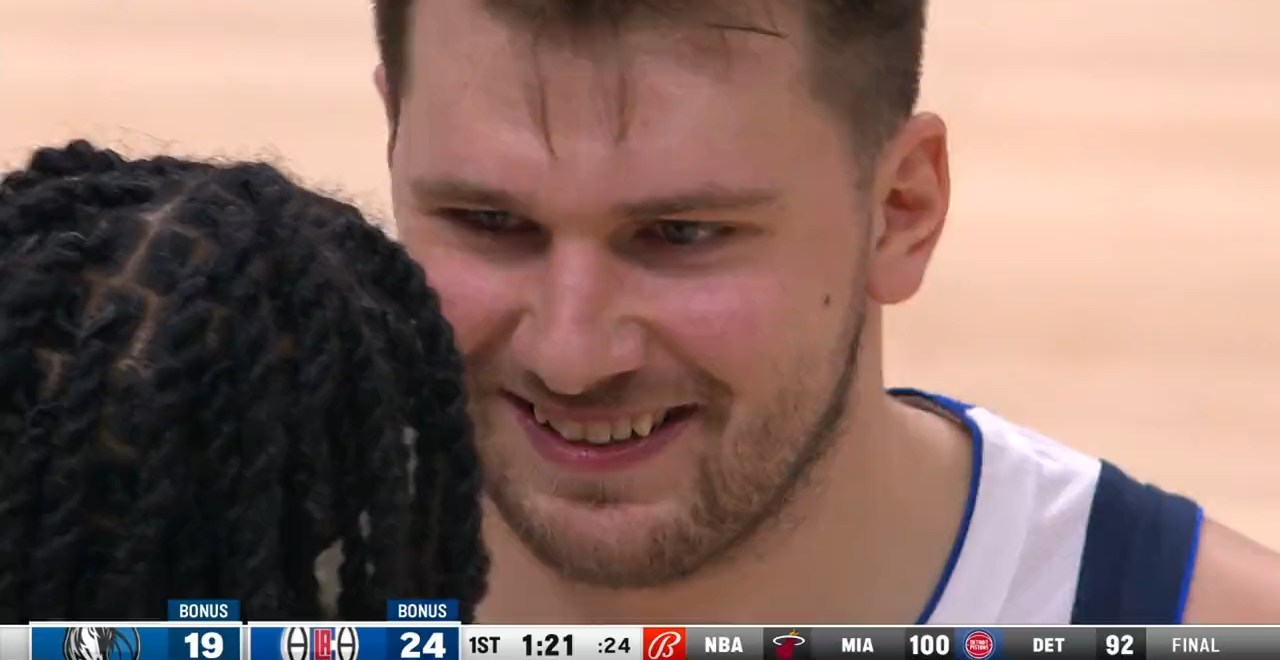 There’s not a lot of love lost between Luka Doncic and the Los Angeles Clippers after back-to-back postseason matchups. The Clippers have beaten the Dallas Mavericks in both series, but each time, Doncic has given them all that they can handle. The two teams squared off again on Tuesday evening at the Staples Center, and it didn’t take long for Doncic to run into some trouble with the officials.

Doncic backed down Clippers guard Terance Mann, got into the paint, and made a little baby hook for a pretty easy bucket. Right after he scored, Doncic let Mann know he was “too f*cking small” to check him, which led to the Mavericks’ All-Star getting hit with a technical foul.

Luka got a tech after telling Terance Mann he’s too small pic.twitter.com/jMoJtP2c5o

The pair got face-to-face and exchanged some pleasantries after the call. While few NBA players will ever straight up say they deserved to get hit with a tech, Doncic did look to be a little confused about why he got hit with a T on this one. Anyway, this happened in the first quarter of Tuesday’s game, and we have a hunch that it won’t be the last time this season that a game between the Mavs and the Clippers features Doncic getting into it with someone on L.A.

Michael Jordan Believed Scottie Pippen Should Have Made $30 Million a Year Like Him in ’97 and ’98: ‘He’s Very Deserving of the Same Contract’