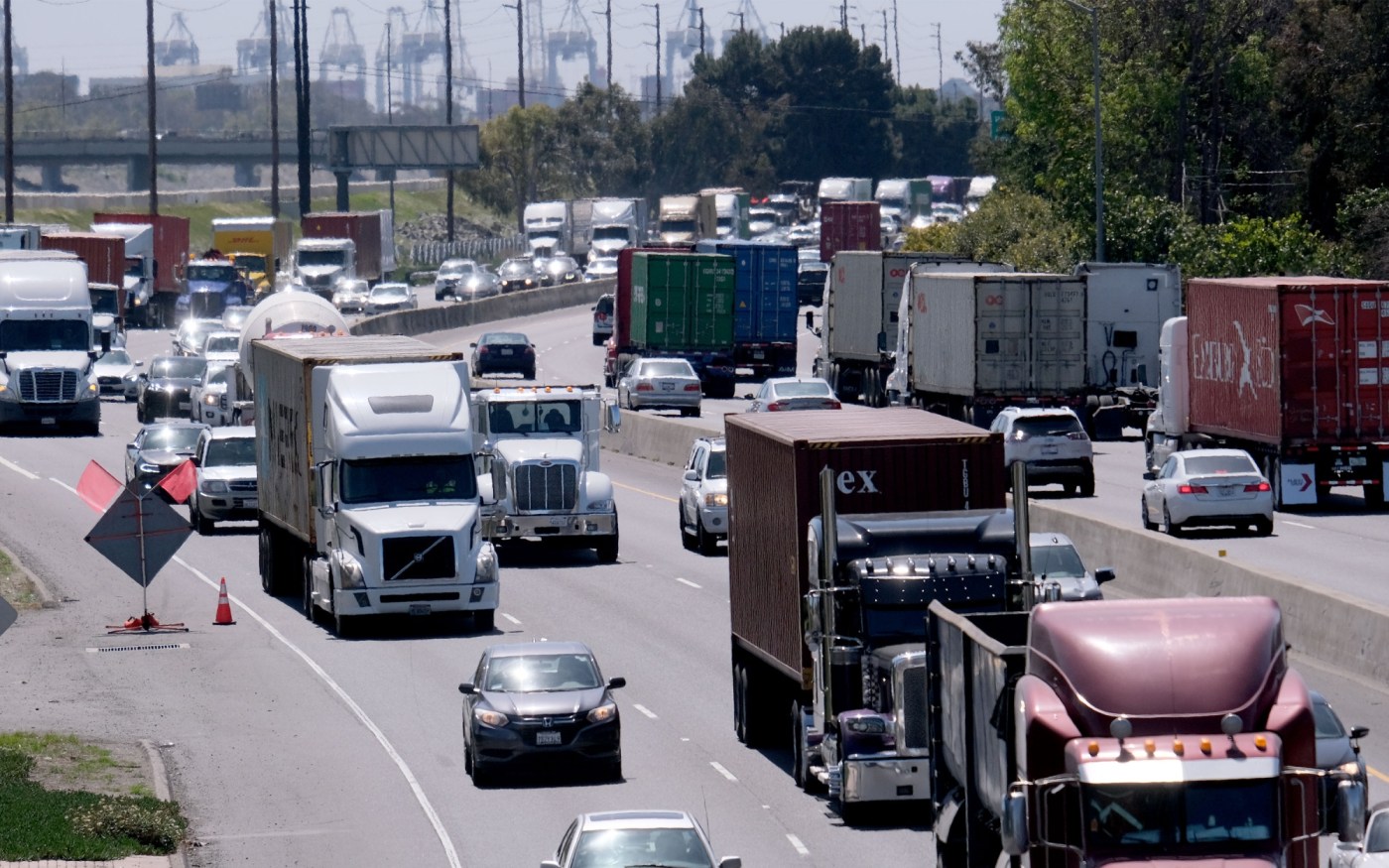 The Port of Los Angeles this week issued a request for proposals for trucking companies and manufacturers for zero-emissions short-haul container vehicles.

“This project represents the first in a series of financial incentives we will offer to accelerate the deployment of zero-emissions trucks,” said Port Executive Director Gene Seroka. “We’re eager to do our part and work with other public agencies and the trucking industry to expedite the turnover of the fleet.”

The Ports of LA and Long Beach are working toward getting to 100% zero-emission trucks by 2035, as part of its climate goals adopted in the 2017 Clean Air Action Plan Update. That plan also calls for all terminal equipment to be zero emissions by 2030.

Those goals are part of larger efforts by the twin ports, the two busiest in the nation, to reduce emissions.

The ports have long been major polluters in the region, contributing — along with refineries — to pollution in the Los Angeles area that is among the worst in the nation.

To help expedite the move to zero-emission trucks, the two ports will begin collecting the Clean Truck Fund Rate fee on April 1.

The program will collect a $10 fee per loaded twenty-foot equivalent container units — TEUs — leaving the ports on drayage trucks to help fund the changeover. Average fees per full normal container loads will be about $20 with the cost to be paid by cargo owners.

The collections are expected to bring in about $45 million per port, or $90 million combined, in the first year, but overall that cannot be expected to fully fund what will be an estimated $10 billion transition.

There have been complications, however, including an ongoing disagreement among environmentalists over the $10 fee, with many saying it should have been much higher.

The twin ports also had nuanced differences in whether low-emission trucks should be viewed as an immediate, interim alternative until zero-emissions trucks become more commercially available.

Port of Long Beach Executive Director Mario Cordero, for example, said earlier this month that until more zero-emissions trucks become available on the market, it makes sense to accept near-zero vehicles that are more available right now for the interim.

The Port of Los Angeles, though, has designated all of its fees to go to funding zero-emissions trucks only.

The LA port, however, will exempt low-nitrogen oxide — or NOx — trucks from the fee if they are registered in the Port Drayage Truck Registry and in service by the end of 2022.

‘Hawkeye’: How to Watch the Live-Action Marvel Series Online

‘Part of the Culture’: Students Allege Years of Sex Abuse by Teachers, Coaches