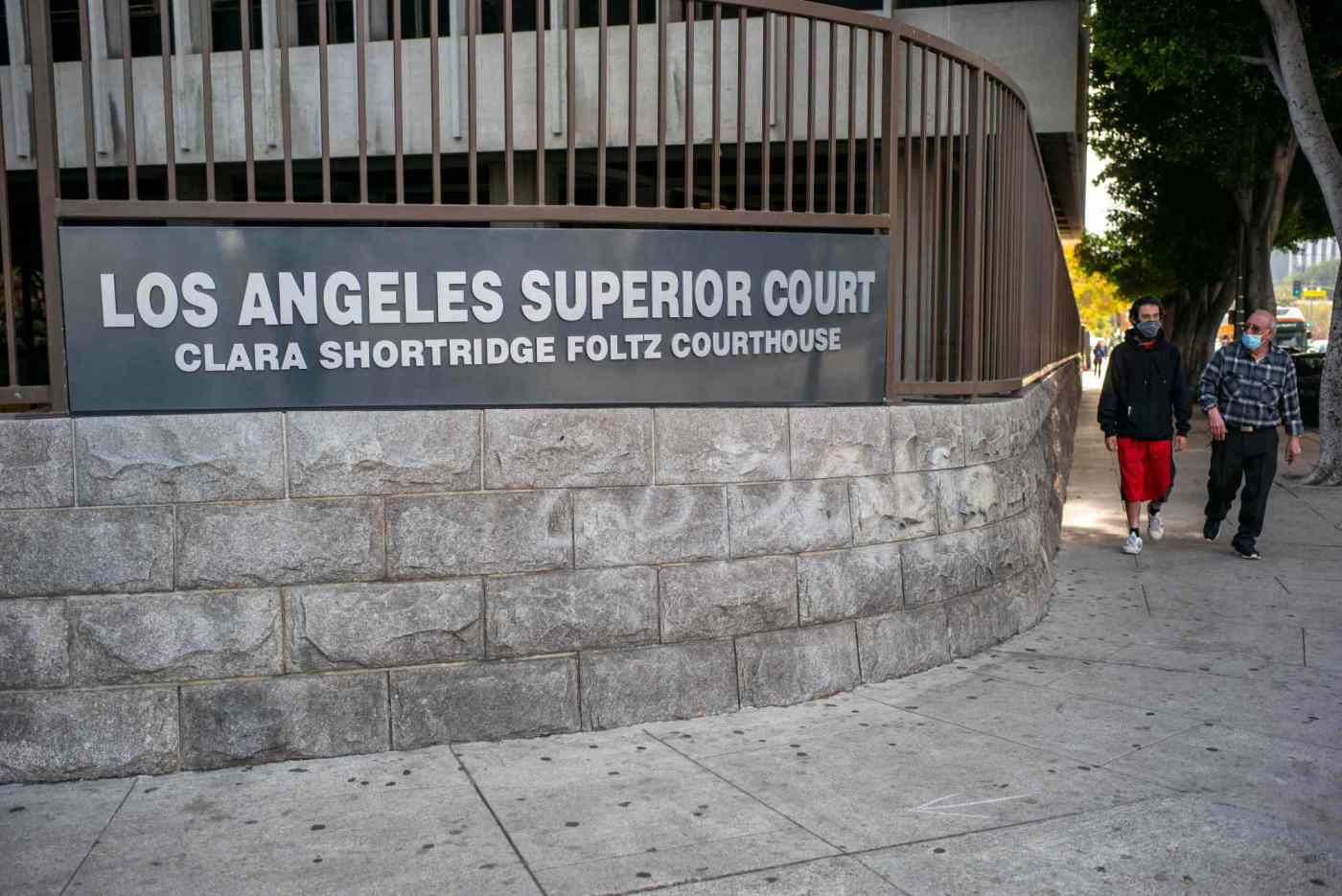 The California State Bar has seized client files belonging to a man with a 25-year history of posing as an attorney, allegedly using nearly two dozen aliases to bilk thousands of dollars in legal fees from unsuspecting Los Angeles-area victims.

The man, who identifies himself in court records as Efferin Zembalist Deans, 54, of Lake Balboa, was arrested earlier this month for practicing law without a license.

Deans is fluent in Spanish and has a history of targeting Spanish-speaking individuals seeking legal help at Los Angeles County courthouses and then brazenly appearing in court on their behalf, the State Bar said in a statement late last week. It was after his appearance in Los Angeles County Superior Court that a judge in late August reported the alleged charade to the State Bar’s Office of Chief Trial Counsel.

“The unauthorized practice of law presents a serious threat to some of the most vulnerable members of our communities,” Chief Trial Counsel George Cardona said. “It is also a crime. The Office of Chief Trial Counsel is committed to working with our law enforcement partners to combat this threat.”

The Los Angeles County District Attorney’s Office earlier this month charged Deans with three counts each of grand theft and practicing law without being a member of the State Bar. He remains in Los Angeles County jail on $176,000 bail.

From January 2019 to September 2021, Deans allegedly claimed to own The Law Offices of Deans & Associates in Canoga Park.

In addition to appearing in court, Dean also allegedly filed court documents and provided court staff and victims with business cards to bolster his standing as an attorney to obtain legal fees.

“Practicing law without a license is illegal in California, unfair to the unsuspecting client and can cause irreparable harm to the client’s case,” District Attorney George Gascón said in a statement.

Deans’ criminal history dates to 1996 and includes at least two identity theft convictions for impersonating attorneys. He also has been convicted of two counts of preparing false documentary evidence and one count of perjury by declaration, all felonies.

Court records detailing a 1997 conviction state that when he was arrested, he was booked into jail as Kenneth Aslan, a name he stole from a Ventura County lawyer.

In a 2007 news story, the real Kenneth Aslan said he met Deans in the early 1990s and exchanged business cards with him. According to Aslan, Deans used his bar number to file cases over the next decade or so, leading to Aslan getting calls about cases he had never heard of.

Aslan said Deans also represented himself as Aslan to potential clients he met at courthouses. Deans even allegedly gave Aslan’s name to bail bondsmen after he was arrested in 2003, prompting police to show up at Aslan’s house in the middle of the night.

“I thought I was being robbed, but it was really just police looking for him,” Aslan said.

After Deans was arrested in 1996, police found papers with Aslan’s name in Deans’ briefcase and thought that he might have …read more

Boy, 16, named as victim of fatal stabbing in south-west London

The Best 2021 NFL MVP Odds, According To MaximBet