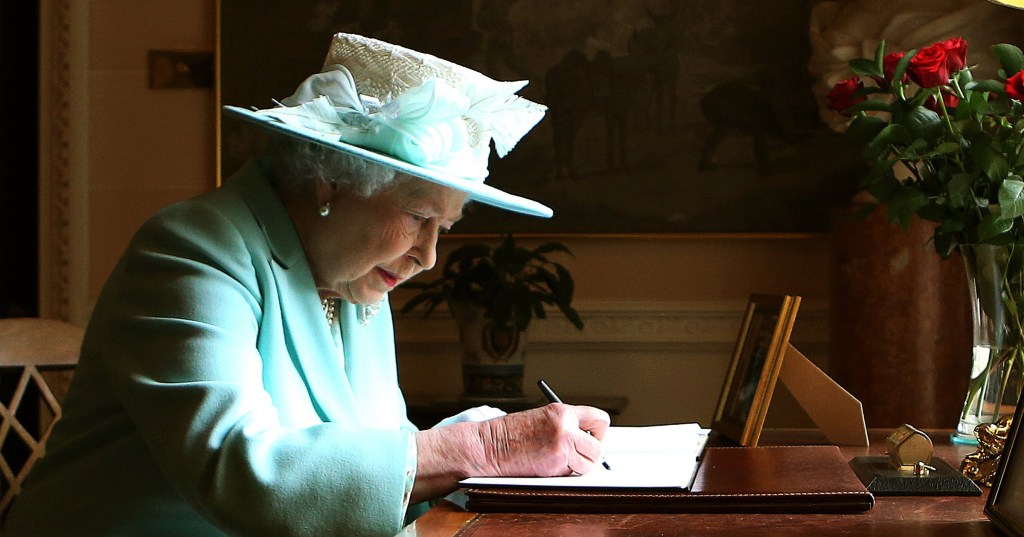 The Queen receives up to 300 letters every day and she doesn’t have time to answer each of them herself (Picture: The Royal Household)

As the head of the British monarchy for almost 70 years, the Queen receives an overwhelming number of letters every day.

Her Majesty reportedly receives up to 300 letters per day – or more than 60,000 a year – and she famously sends people bespoke notes for their 100th birthday.

But now the 95-year-old Royal, who has experienced a number of health issues recently, is looking for an assistant correspondence officer to help write replies.

The successful applicant must have administrative experience and ‘excellent’ written communication skills, and must also be able to handle a large volume of correspondence.

This is what the role entails: ‘Thousands of letters addressed to the Royal Household are received each year.

‘Working as part of the correspondence unit, your challenge will be to ensure that each and every one receives a timely and well composed response.

‘Every day you will respond to letters sent by the public in answer to various and often unique queries as well as general messages of good wishes.

‘Recording and monitoring all correspondence, you’ll be proud of the number of letters you respond to, which will drive you to deliver consistently high standards.

‘In this way, you will help to support the important work of the Royal Household.’

The job advert, which closes on December 5, also stresses that above all, candidates will have to enjoy working collaboratively with a team and be ‘eager to expand upon your experience in a truly unique environment’.

Other opportunities listed on the Royal Household website include a helpdesk manager, assistant staff restaurant manager and a warden at the Palace of Holyroodhouse.

Prince Charles lawyers up against claims he’s the ‘royal racist’